Earlier this week ,GM Authority spies captured new photos showing the interior of the refreshed 2024 Chevy Silverado HD High Country. Now our sharp-eyed photographers have sent over a gallery showing that same prototype’s exterior, as well, giving us a better idea of what the refreshed 2024 Chevy Silverado HD will look like in this range-topping trim level.

This 2024 Chevy Silverado HD test truck’s front and rear ends are covered in vinyl camouflage, which successfully conceals its redesigned front and rear fasciae, however some of the design updates can be seen in the front fenders, rounded wheel arch corners and the placement of the ‘High Country’ front fender badge. 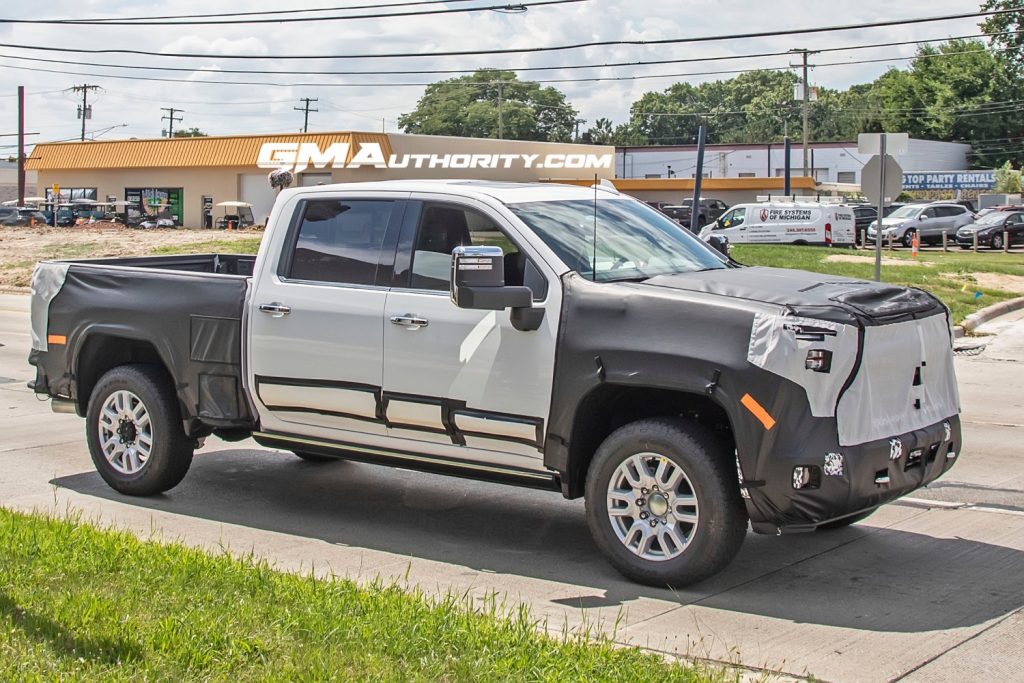 Despite the camouflage present on this vehicle, the production headlights can be seen peaking through the vinyl wrap, providing our best look yet at the updated truck’s new front lighting layout. The lights appear to feature an “eyebrow,” lighting element similar to the 2023 Chevy Colorado, along with a lower central headlight element that is in-line with the main grille crossbar. A pair of vertically-oriented fog lamps can be seen mounted low on the front bumper, as well. 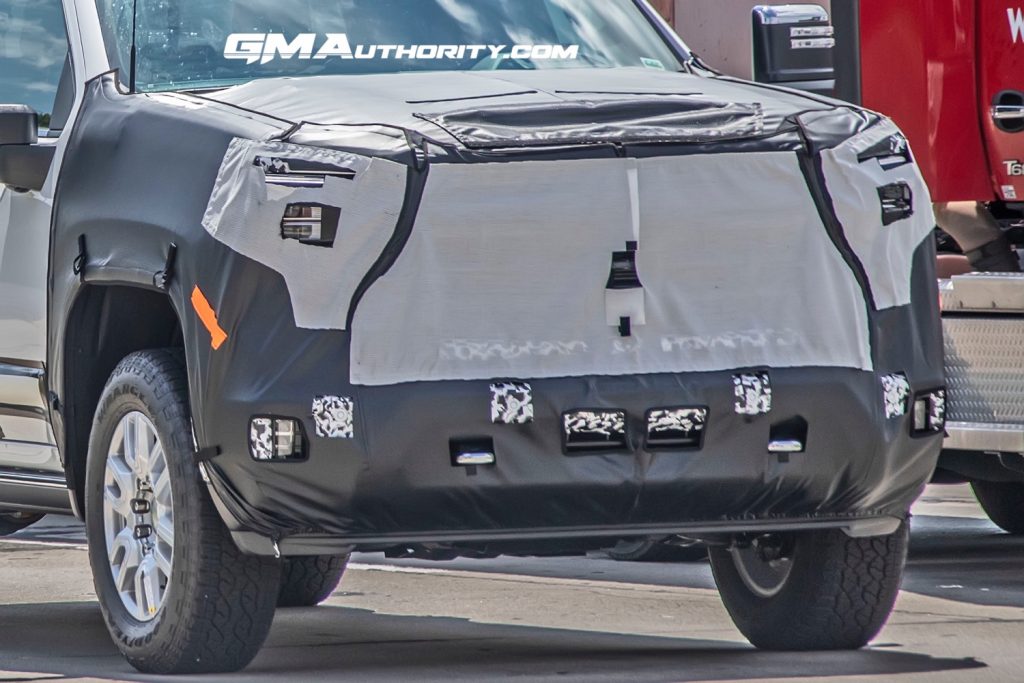 Out back, camouflage covers the tailgate and taillights to good effect. We expect redesigned taillights to be implemented, however, along with a new tailgate design. The center high-mounted stop light (CHMSL) is not camouflaged on this prototype and appears set to remain unchanged on the refreshed 2024 Chevy Silverado HD. 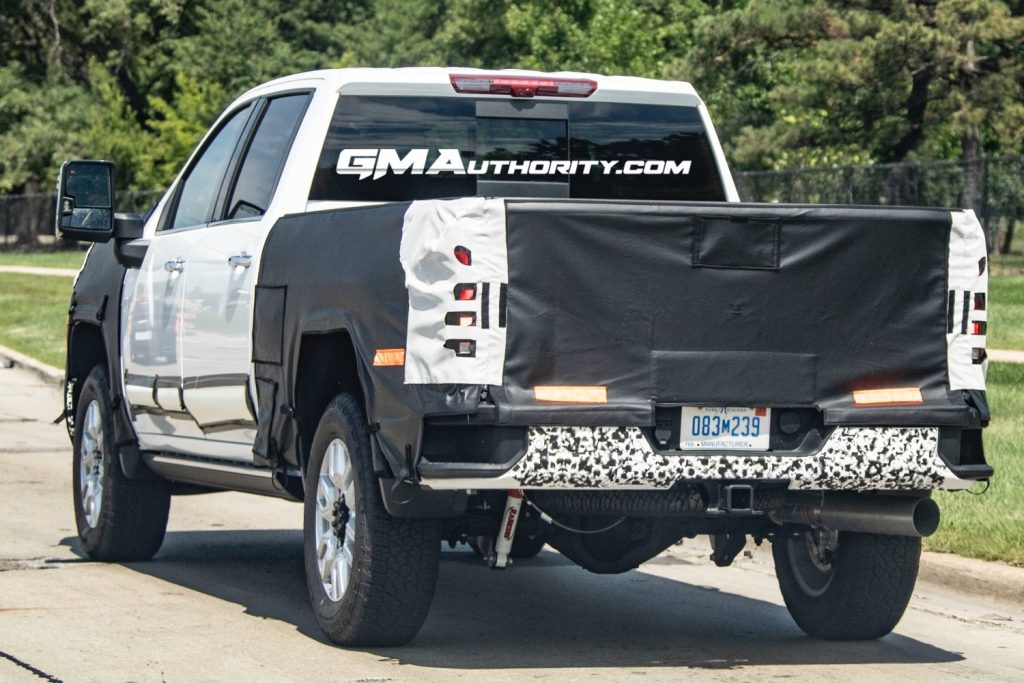 As we reported this week, the interior will also receive a comprehensive update for 2024 that will carryover some components and design cues from the updated Chevy Silverado 1500. The well-equipped High Country trim will use new high-end materials in the cabin, with this prototype featuring open-pore wood trim on the dash and doors and two-tone leather upholstery. 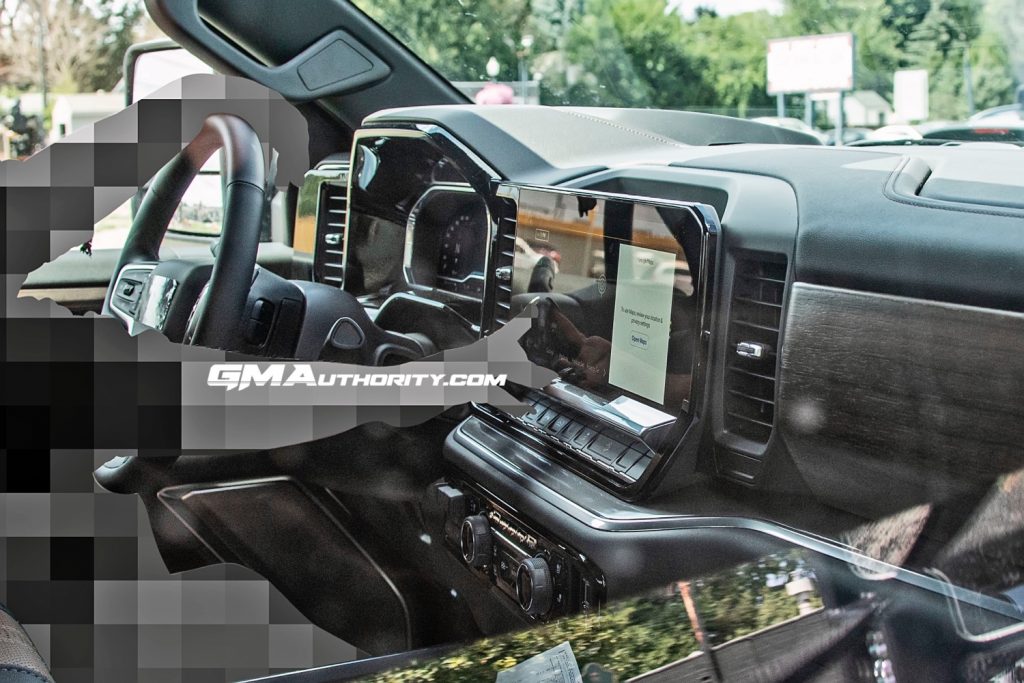 The 2024 Chevy Silverado HD’s powertrain offerings will be upgraded, too, with the 6.6L V8 L5P turbodiesel Duramax rumored to produce nearly 1,100 pound-feet of torque and more than 500 horsepower. The naturally aspirated 6.6L V8 L8T gasoline engine will continue unchanged, but is expected to mate to the GM 10-speed automatic transmission, rather than the GM 6-speed automatic used in the current model.

GM Authority will continue to report on the 2024 Chevy Silverado HD in the months leading up to its debut. In the meantime, be sure to subscribe for more Chevy Silverado news, Chevy news, and around-the-clock GM news coverage.