GM Authority reported in March that GM was developing a new small electric Cadillac crossover model that would undercut the Cadillac Lyriq in the automaker’s burgeoning EV product protfolio. Now our spies have captured the first photos of this future small Cadillac EV undergoing testing on public roads in Michigan, giving us a better idea of what to expect from the future XT4-sized offering. 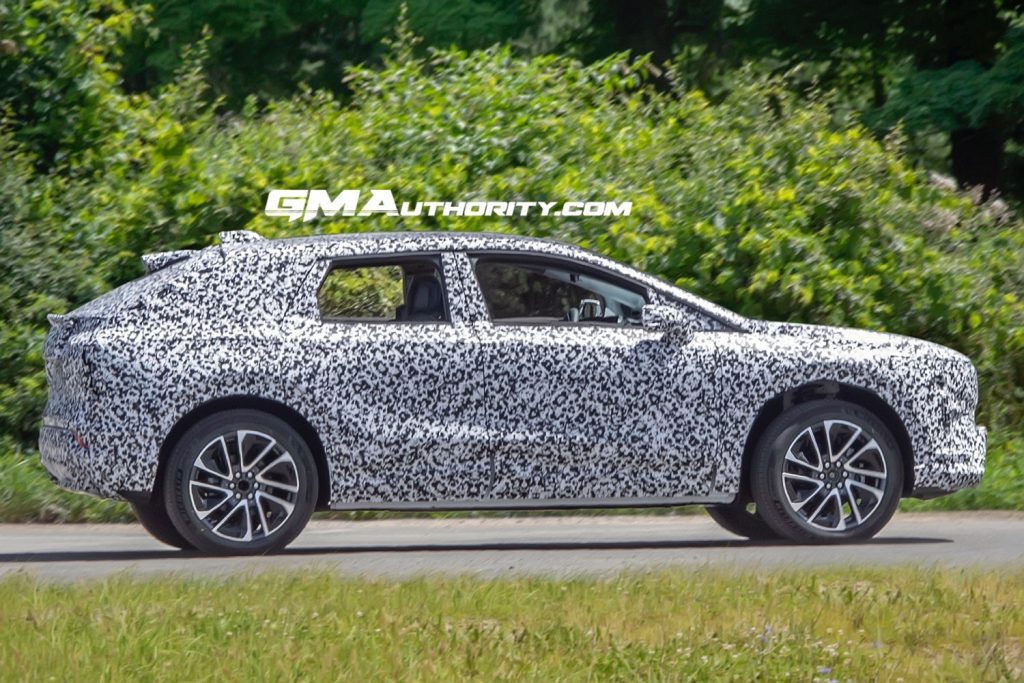 At first glance, this unnamed Cadillac EV looks like a smaller take on the Cadillac Lyriq with a more upright stance. It appears to have a similar C-pillar treatment to the Cadillac Lyriq, along with a similar rearward-sloping roof, an angled rear window and a subtle ducktail-style mid-mounted hatch spoiler. A prominent styling line can be seen jetting rearward from the middle of the front door and extending into the rear wheel well/fender, however the camouflage could be causing an illusion that’s making this feature seem a bit more pronounced than it really is. 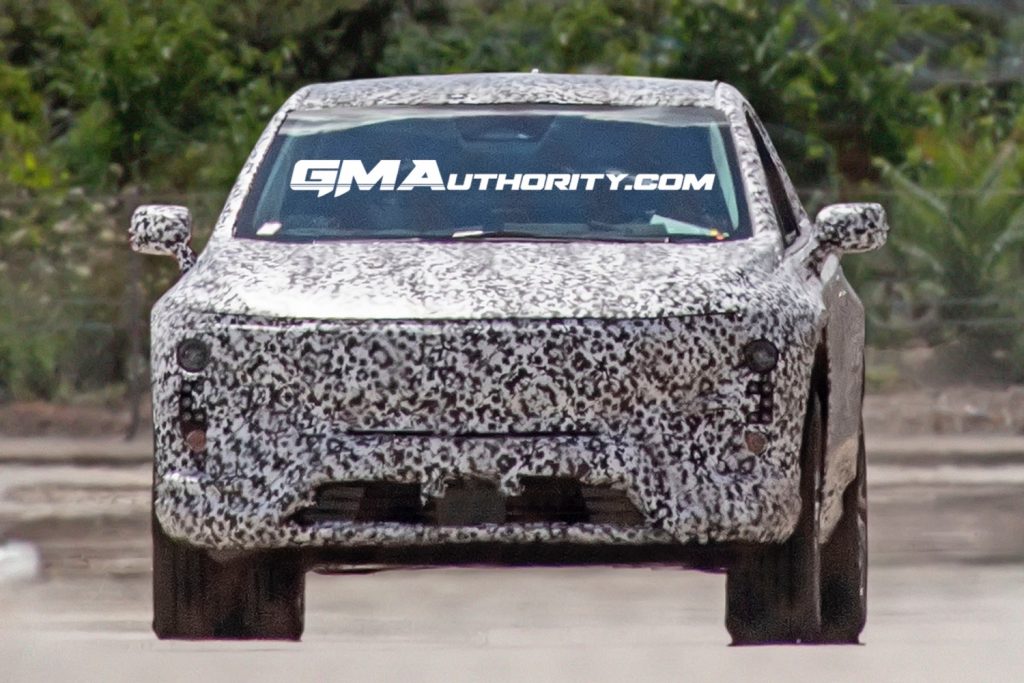 A significant amount of camouflage covers this prototype’s front fascia and it’s also rocking a set of temporary placeholder headlights, so there’s not a whole lot we can learn from this gallery in that regard. We expect this future crossover model to follow the current Cadillac design language, though, so it will likely receive an LED-adorned faux front grille with animated lighting signatures – just like the Cadillac Lyriq and the Celestiq Show Car. We’re expecting the rear fascia to also look decidedly Lyriq-like with an LED light bar of some type and adjacent vertically-mounted LED accent lights. 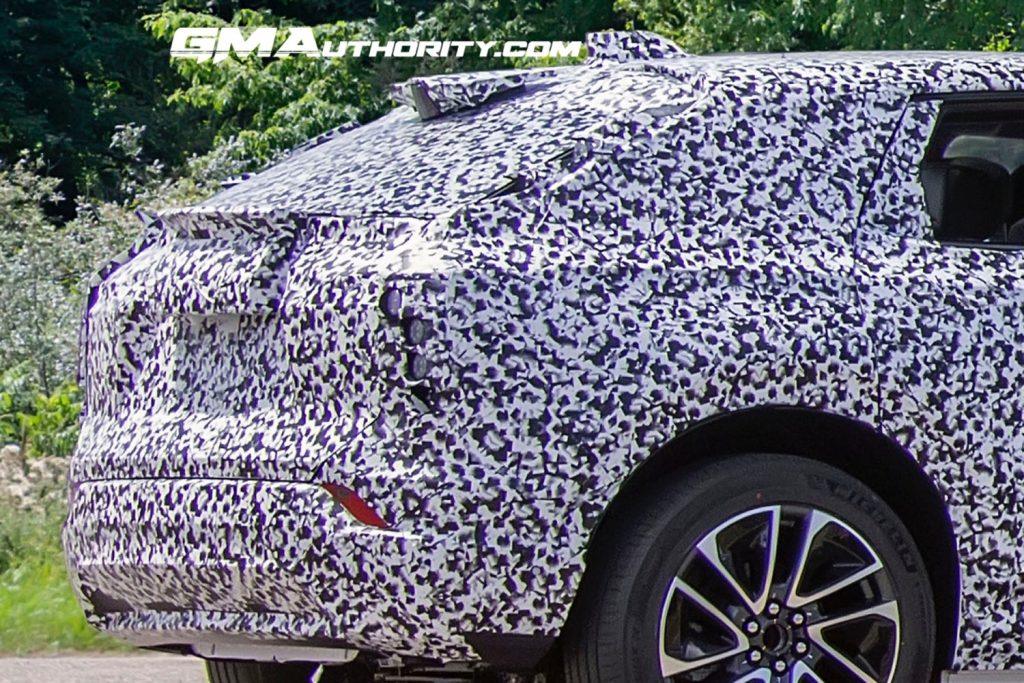 A report published earlier this week indicated this future small electric Cadillac crossover will arrive in late 2024 and will be built at GM’s Ramos Arizpe plant in Mexico, although GM has yet to confirm these rumors. GM has filed a number of trademark applications for names that could be used on this new small crossover, as well, including Vistiq, Ascendiq, Optiq, Lumistiq and Symboliq. 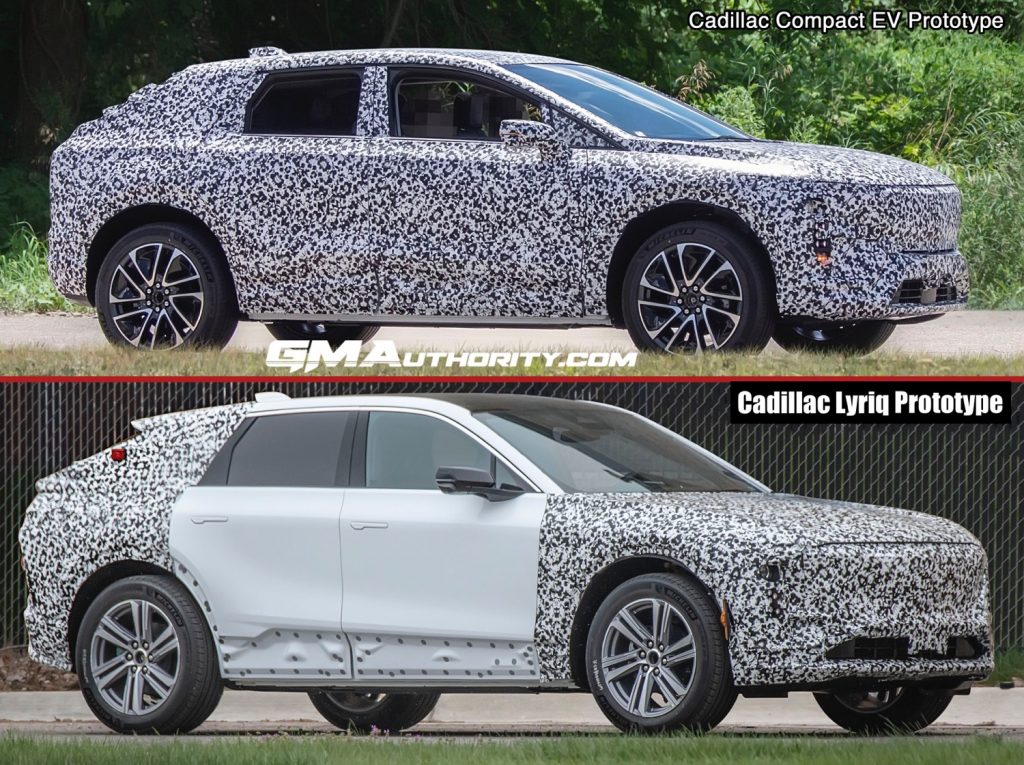 It’s likely this Cadillac XT4-sized EV will utilize a downsized version of the GM BEV3 platform that underpins the Lyriq, as well as GM’s Ultium modular battery pack design and Ultium Drive electric motors. We imagine it would also have a similar driving range to the Lyriq, which boasts a GM-estimated 300 miles of range on a full charge thanks to its 12-module, 100.4 kWh battery, along with similar performance. The single motor, rear-wheel-drive Cadillac Lyriq produces 340 horsepower and 325 pound-feet of torque, for reference. 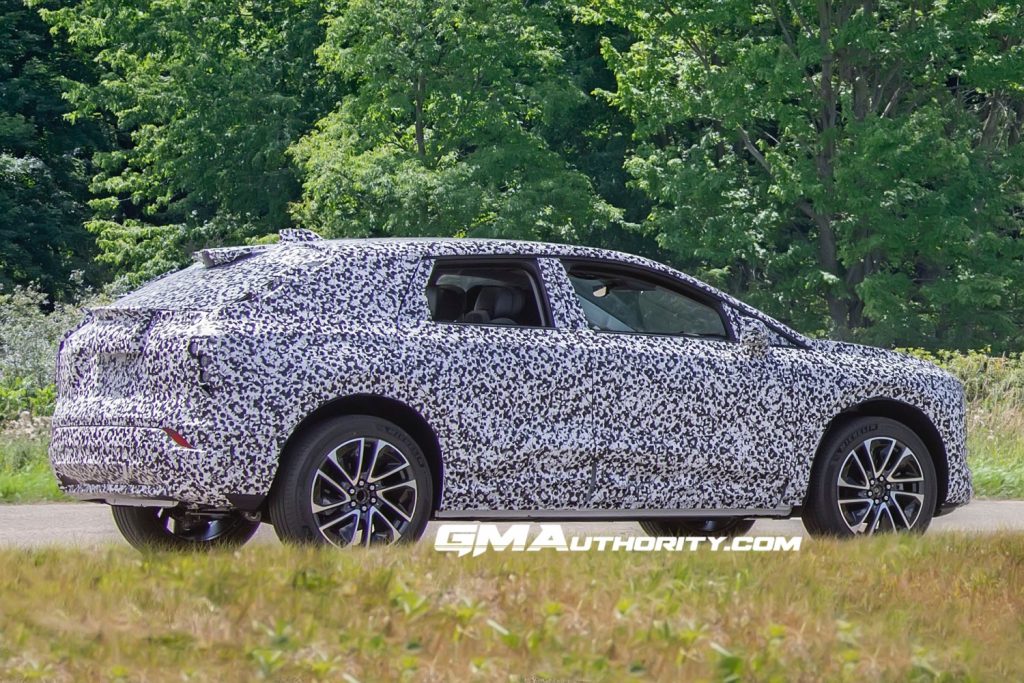 GM Authority will have more information on this future small electric Cadillac crossover as it trickles out. In the meantime, be sure to subscribe for more Cadillac Lyriq news, Cadillac news, and around-the-clock GM news coverage.