Chevy Corvette C8 Stingray customers looking to add some go-faster flair to their sports car can do so with this new Corvette C8 Z06 / Z07 style wing from Sigala Designs.

According to Sigala Designs, the large rear wing included with the Z07 Package on offer for the new Corvette C8 Z06 will not fit the standard Stingray. However, Sigala’s replica wing was made specifically for those Stingray customers looking get the Z07 look for their mid-engine Vette. 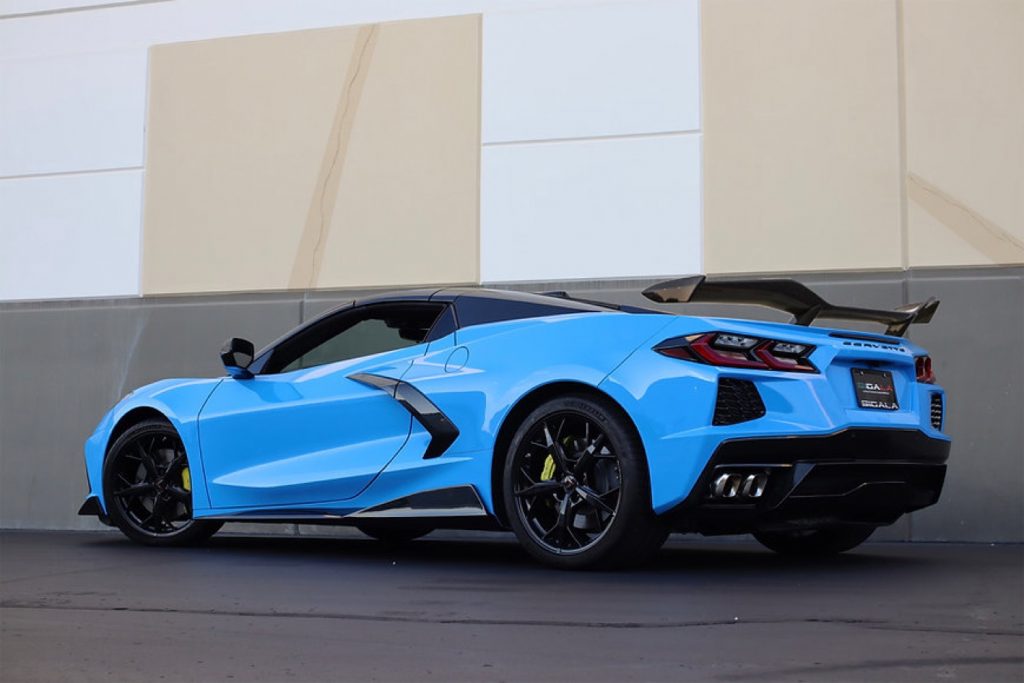 The new Sigala Designs C8 Corvette Z06 / Z07 rear wing will fit both the Stingray Coupe and Stingray Hardtop Convertible models, and is offered with a plethora of options for the finish. These include carbon fiber, Carbon Flash, or the wing can be color-matched to Corvette paint finishes like Ceramic Matrix Gray, Elkhart Lake Blue, Long Beach Red, and Rapid Blue. The wing is also available unpainted for those customers that want something even more custom.

As for fitment, the new Sigala Designs wing can be mounted in the rear via two posts, or four posts. The spoiler uses the same inner holes as the standard Z51 High Wing, and offers the option to cover the outer holes for those that go with the two-post option. Sigala also says that customer vehicles without pre-drilled holes can use the provided template for easy mounting. 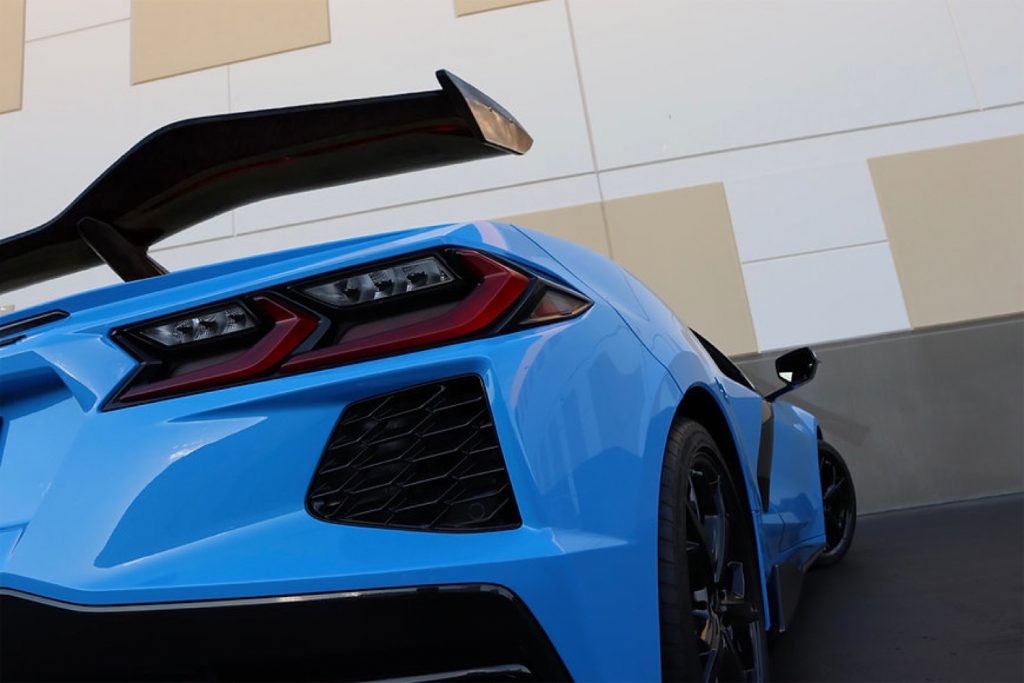 For those customers that may want to attempt the install on their own, Sigala also published a video detailing what it takes. The video is shot in a driveway, with the installer using rudimentary tools to get the job done. Looking over the video, it appears though the wing install requires that the rear bumper and the stock taillights are all removed.