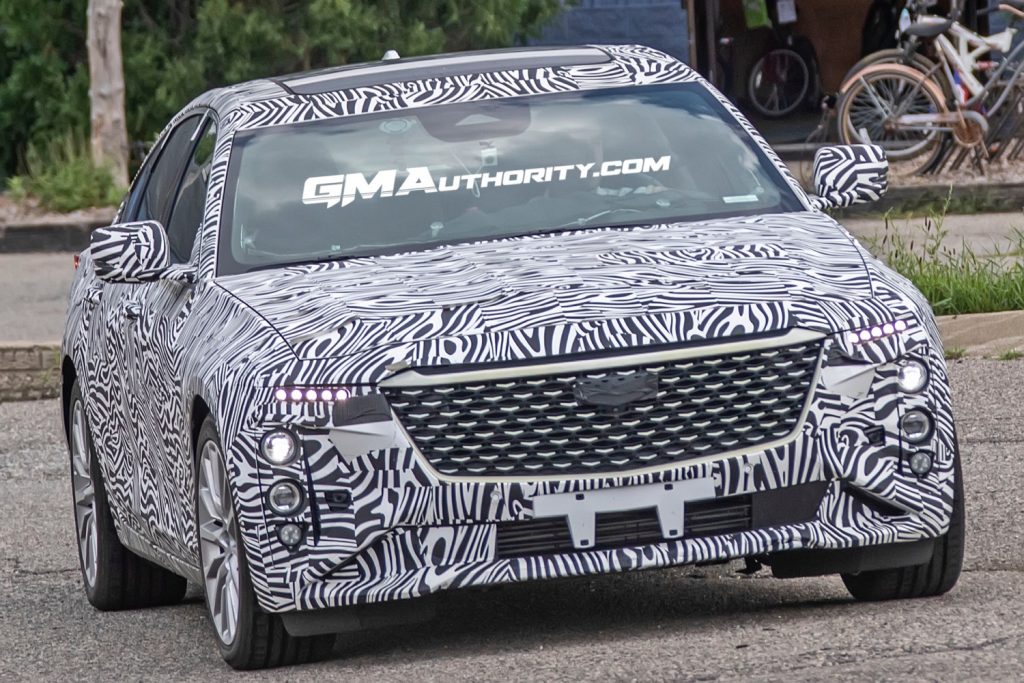 This isn’t the first time we’ve caught a glimpse of the second-generation Cadillac CT6 out and about on public roads. However, while the sedan was previously seen in heavy vinyl camouflage, this particular prototype is draped in a body-tight black-and-white wrap, which provides better clarity on the overall shape and design of the second-gen model. 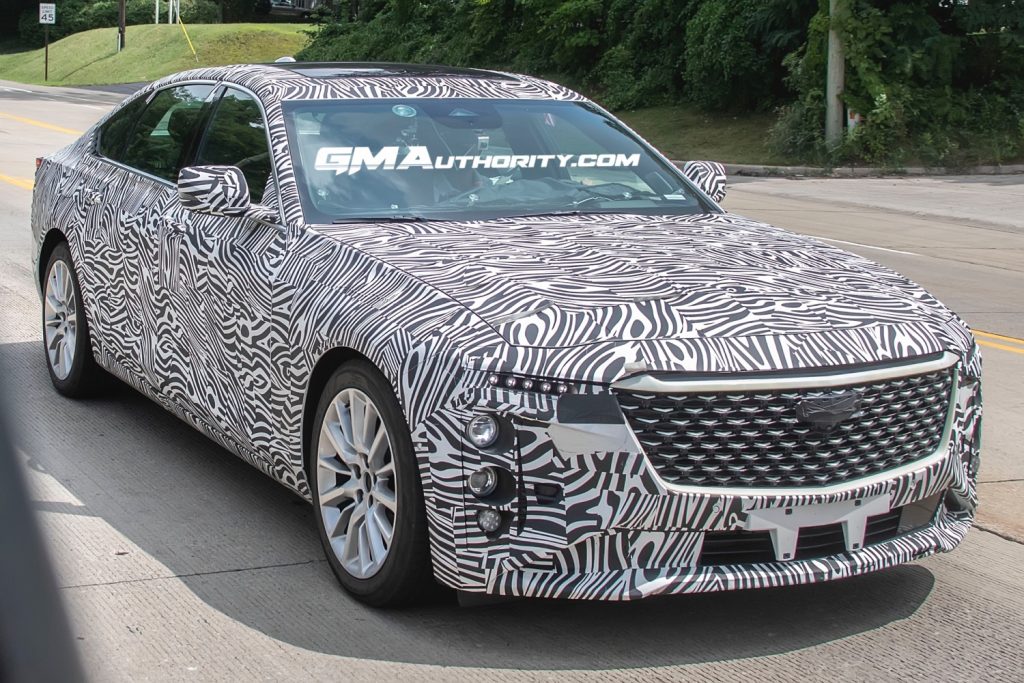 For example, this latest prototype gives us a pretty decent look at the new front fascia and grille, which appears to combine elements of Caddy’s other two sedans, the Cadillac CT4 and Cadillac CT5, while also drawing some similarities from the Cadillac Lyriq EV crossover, thus bridging the gap between Caddy’s ICE models and EV models. The overall look appears to be elegant and clean, although we should mention that this prototype is running a set of placeholder headlights.

The profile view reveals a stretched greenhouse with a rearward-sloping roofline, while a placeholder communications fin is seen on the roof in the rear. 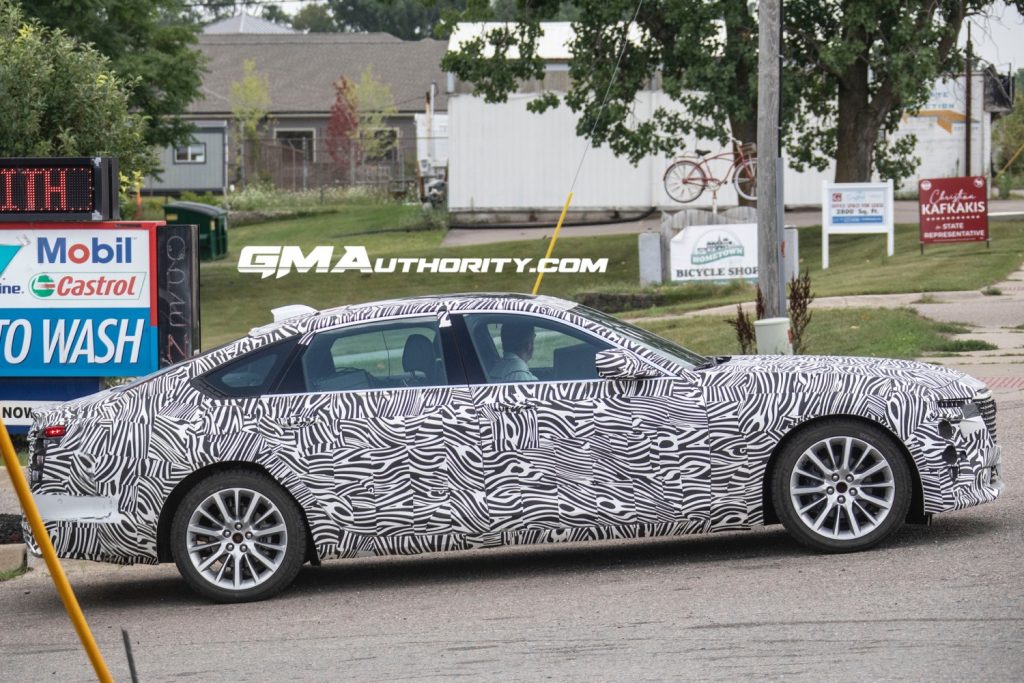 The tail section is also equipped with placeholder lighting, while we can spot some cutouts around the rear bumper which likely indicate the presence of a sensor that doesn’t work with the camouflage wrap. 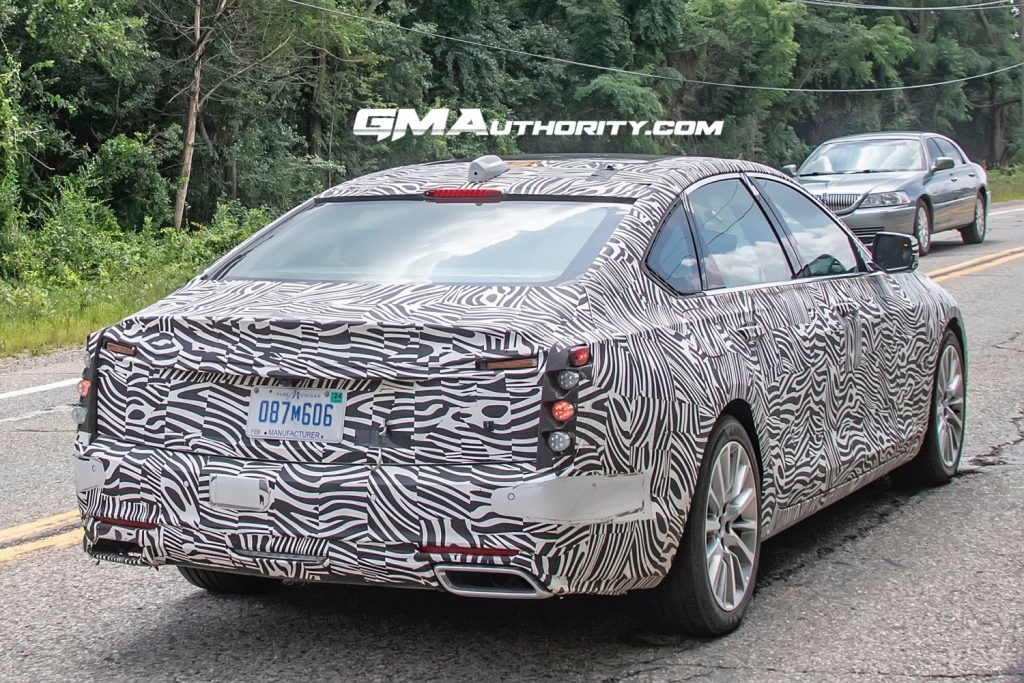 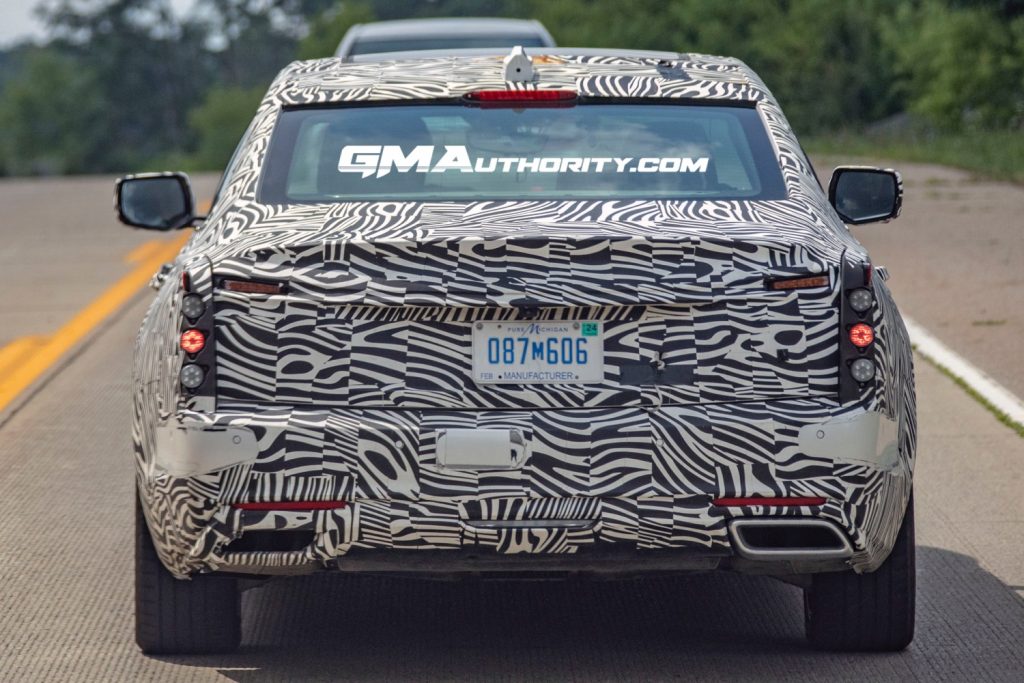 As GM Authority exclusively reported previously, the turbocharged 2.0L I4 LSY gasoline engine will provide the motivation. The four-cylinder may also include mild-hybrid 48V assistance similar to the system introduced with the Chinese-market 2021 Cadillac XT5 and Cadillac XT6 crossovers.

It’s looking more and more likely that the second-generation Cadillac CT6 will be exclusive to the Chinese market, and will not be sold in the U.S. That said, the upcoming full-size sedan will be based on an architecture mixing GM Omega and GM VSS-R elements, which leaves open the possibility that it may be adapted for other markets. 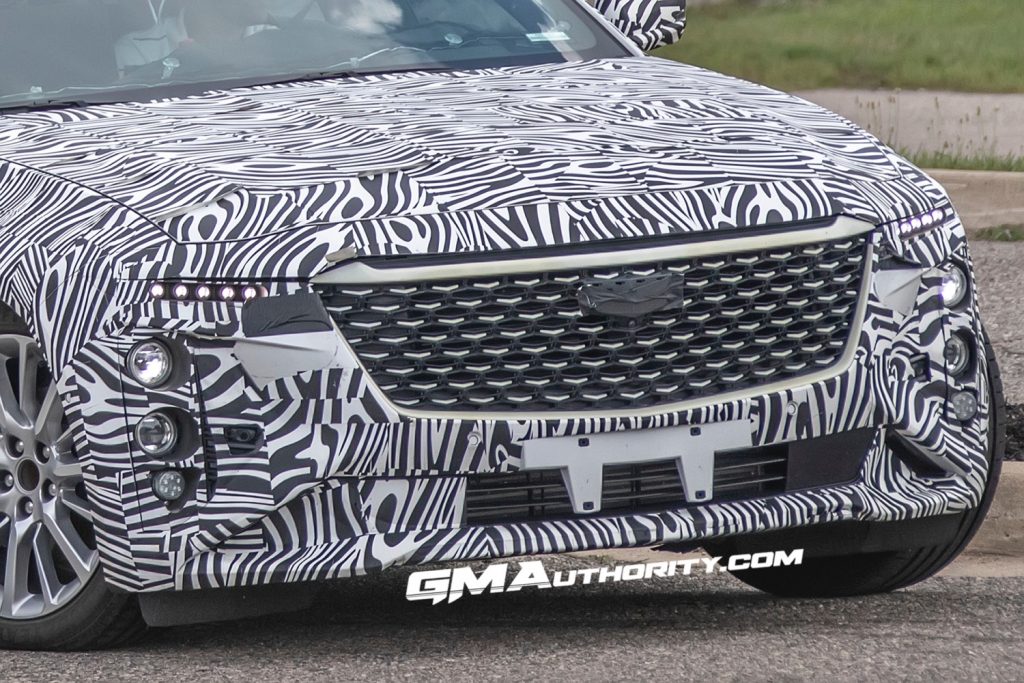 Look for the second-gen Cadillac CT6 to launch in China sometime in the next 12 months.