The Chevy Nomad began life as a 1954 General Motors Motorama show car. The two-door sport wagon had front and rear styling lifted directly from the Corvette, including the oval grille with thirteen chrome teeth, chrome mesh stone guards on the headlights, a forward-sloping B-pillar, and tail lights with mini jet fins. Five copies were built for the show circuit, and three are still extant. 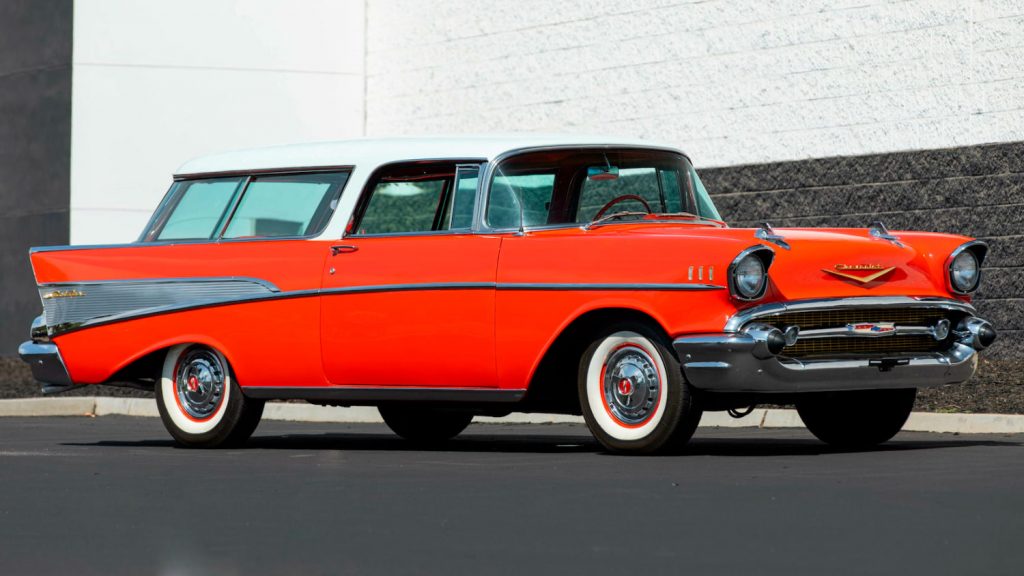 The production Chevy Nomad debuted in 1955 with styling based on the Bel Air rather than the Corvette, but retained the same roofline as the GM Motorama show cars. The two-door sport wagon was available with all the same options as a Bel Air hardtop. With a base price of $2,571, the Nomad was the second most expensive offering from Chevrolet after the Corvette. 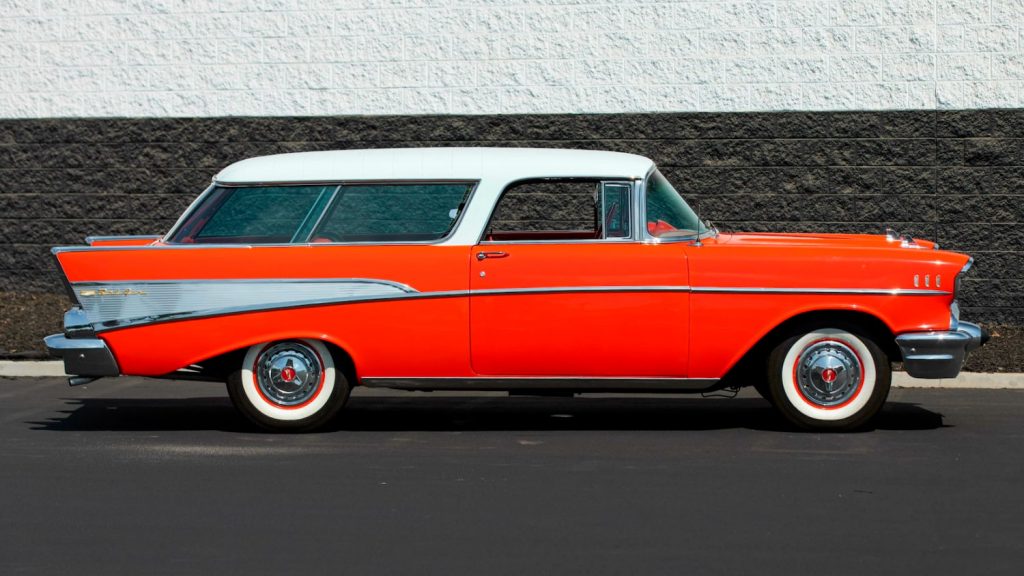 The standard engine on the 1955 Chevy Nomad was the new 265 cubic-inch Small Block V8. Chrome trim was more subdued on the Nomad than the Bel Air, but the wagon did share most of the Bel Air’s emblems. Radiused wheel openings, a sleek roofline, and the forward canted B-pillar all contributed to the Nomad’s unique style. The Nomad’s interior was also from the top-of-the-line Bel Air, with cloth seats and carpeting. The rear seats could be folded flat to expand the cargo area, which could be accessed through a top and bottom split tailgate. 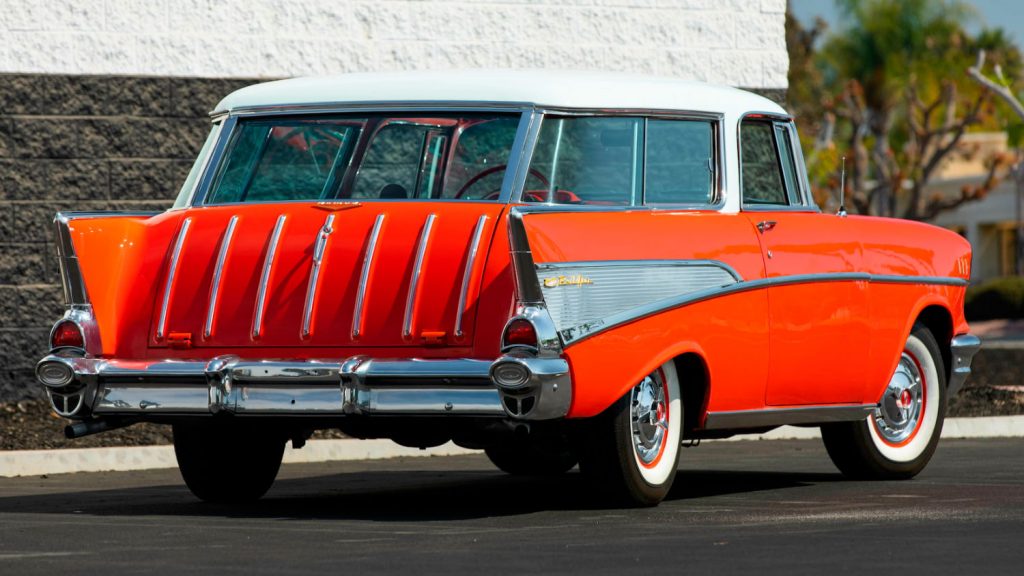 Our feature 1957 Chevy Nomad has been the subject of a fastidious frame-off restoration. The Nomad is finished in Matador Red with an Ermine White roof. The numbers-matching 283 cubic-inch Small Block V8 powers the Nomad, and is backed by a two-speed Powerglide automatic transmission. The Nomad is equipped with power steering, power brakes, tinted glass, heater, defroster, a Wonderbar signal-seeking AM radio, and front and rear bumper guards. Painted steel wheels wear full hubcaps with spinners, and are wrapped in wide whitewall tires. 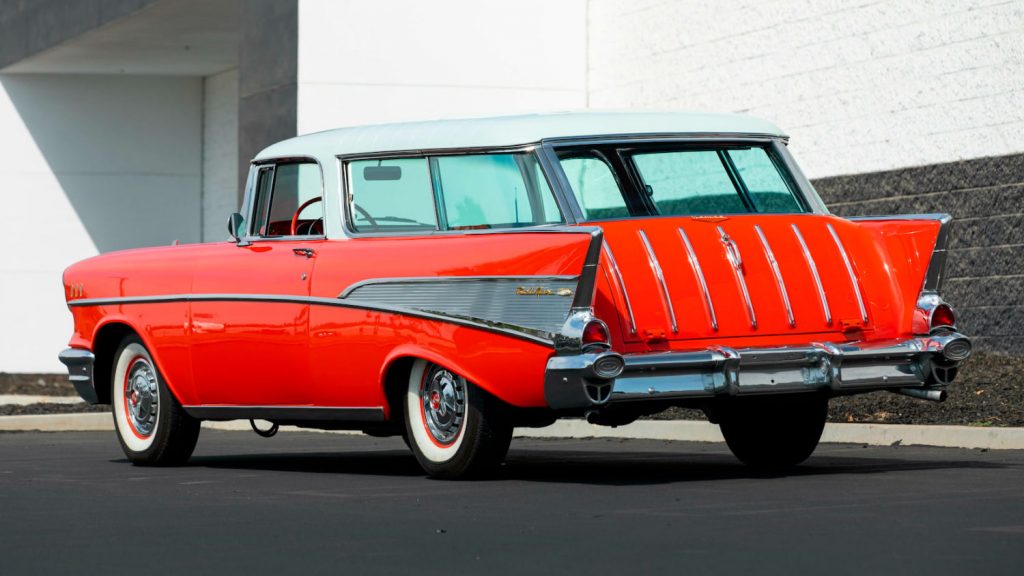 Inside the Chevy Nomad is upholstered in red vinyl with black cloth inserts and silver piping on both the seats and door panels. The dash is painted the same hue of Matador Red as the exterior, with extensive chrome and polished stainless trim. The carpet is black loop style, and is protected by bright red rubber mats. 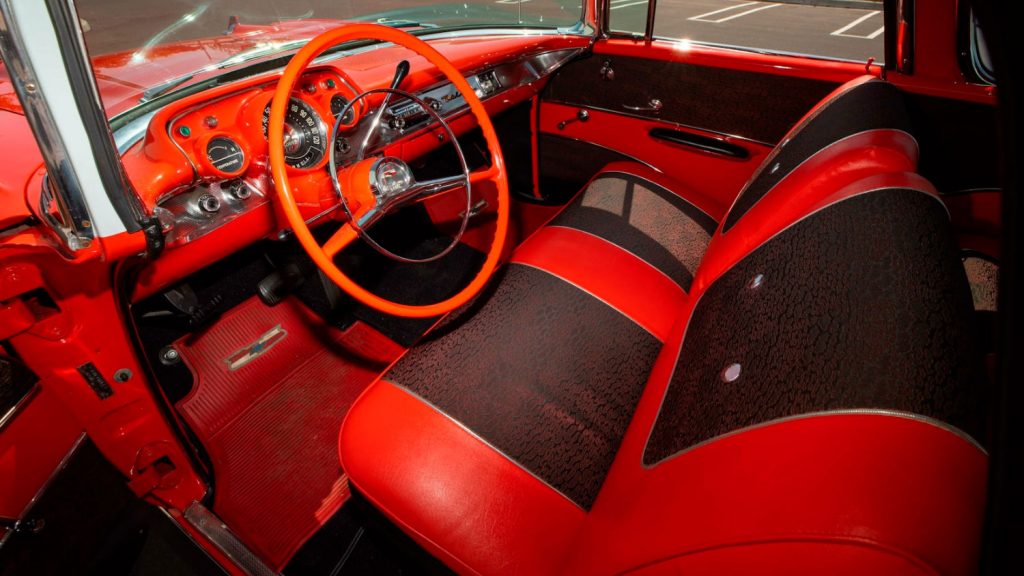 Under the hood of the Chevy Nomad resides the 283 cube V8. The engine bay has been restored to original condition, save for a modern battery. The block and valve covers have been repainted Chevy orange, and the engine is topped by the black factory air cleaner. 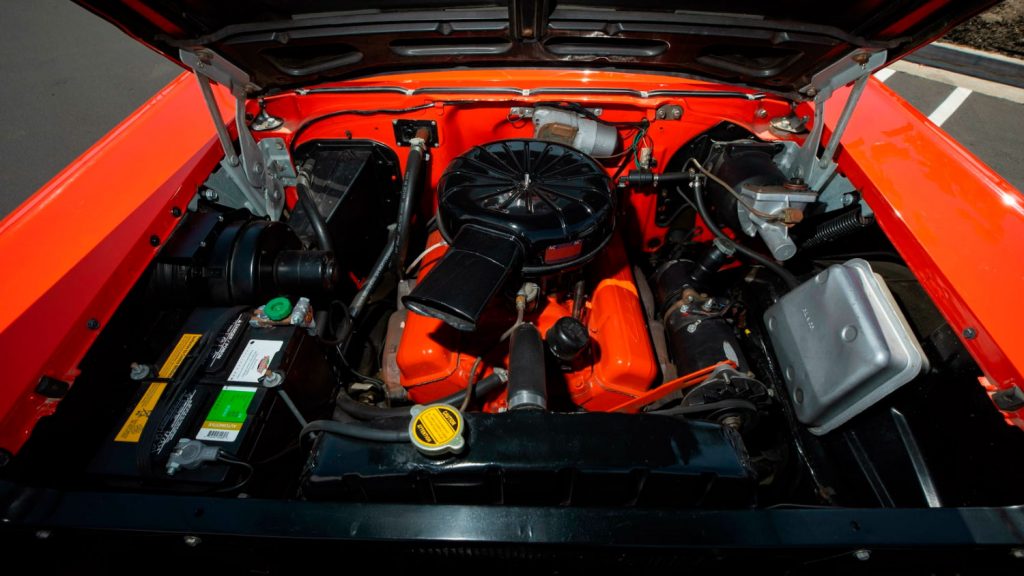 This restored 1957 Chevy Nomad will cross the auction block at the Mecum Auctions Monterey event taking place August 18th through the 20th. 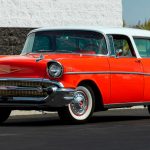 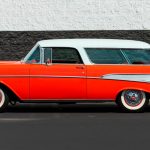 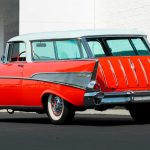 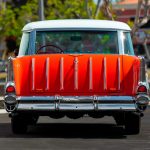 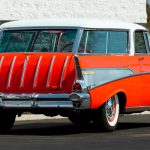 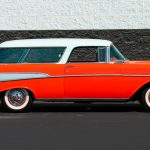 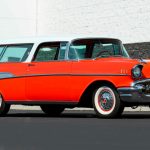 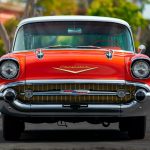 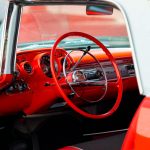 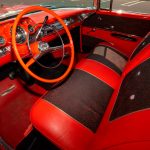 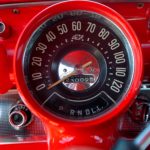 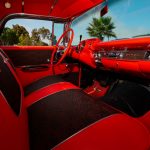 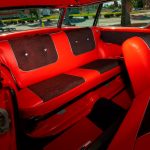 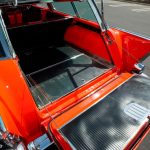 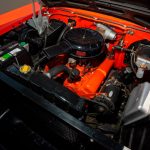 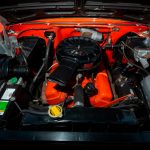 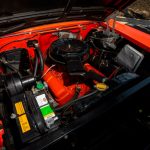