The Chevy Camaro bowed on September 26th, 1966, for the 1967 model year. The Camaro was Chevy’s answer to the spectacularly successful Ford Mustang. However, Chevy had ideas to differentiate the Camaro from the Mustang. First, they wanted the Camaro to have a more streamlined look than the Mustang, and secondly, Chevy wanted to use a partial frame in front as opposed to the Mustang’s full unibody design. The thought was the partial frame would help isolate and minimize noise while improving ride quality. The rear would be a unibody design, which would save both money and space. 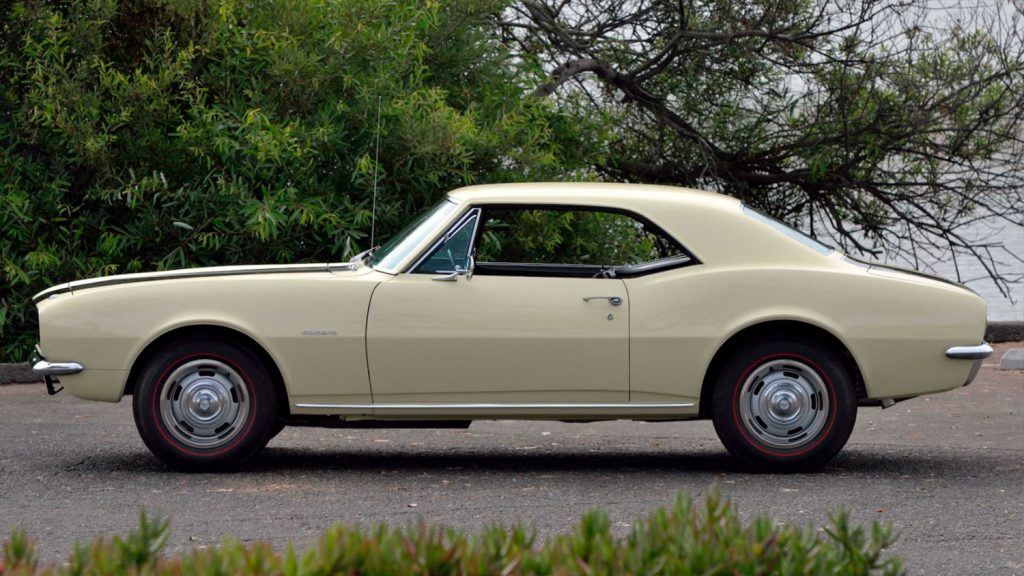 Several of the 1967 Chevy Camaro option packages were not available until later in the production year. The Z/28-optioned Camaros didn’t start rolling off the production line until late December of 1966, with the first deliveries taking place in January 1967. Developed as a Sports Car Club of America Trans Am Racing Series competitor, the Camaro Z/28 would have to have an engine that displaced no more than 305 cubic inches. COPO wizard and Z/28 steward Vince Piggins wanted to make use of every cubic inch he could. Rather than just building a monster 283, Piggins placed a 283 crank in a 327 Small Block, thus creating a 302. On paper, the new 302 was claimed to make 290 horsepower. Car and Driver magazine said, “The 290-horsepower figure quoted for the Z/28 engine seems ridiculously conservative. It feels at least as strong as the 327, 350-horsepower engine offered in the Corvette.” Jerry Titus said in Sports Car Graphic, it was “logical to expect a fully prepared version of the 302 to produce well in excess of 370 honest ponies,” whereas the guys at Traco Engineering were seeing numbers closer to 500 horsepower out of the 302s prepped for Trans Am competition. 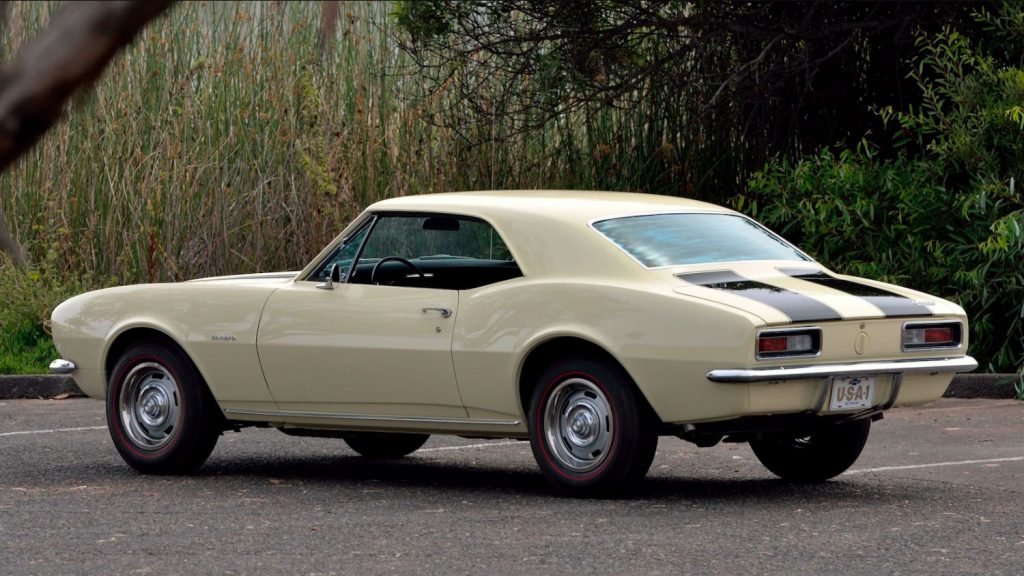 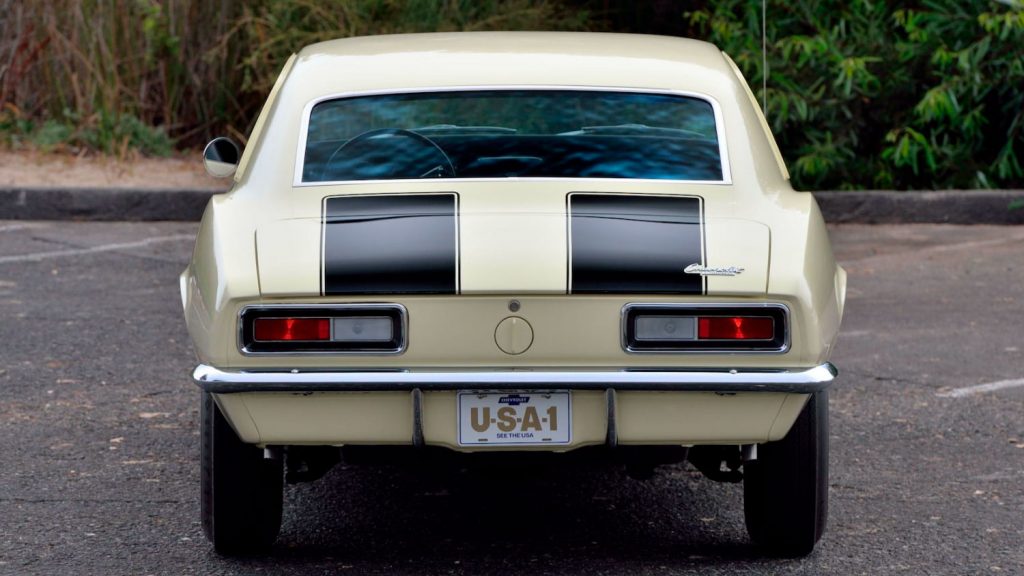 Our feature Chevy Camaro is one of only 602 Z/28s built for the 1967 model year. It was delivered to the Chevrolet Engineering Center so performance chief Vince Piggins could evaluate the Z/28 performance package. Piggins and Chevrolet General Manager Pete Estes racked up 3,752 miles on the Camaro. Eventually, the car made its way to Ed Rinke Chevrolet in Centerline, Michigan. The Camaro’s first owner raced it in NHRA competition. The Camaro was later restored by Scott Tiemann of Supercar Specialties of Portland, Michigan, with ninety percent of the parts used in the restoration either NOS or OEM. After the restoration was completed, the Camaro was sold to Hall of Fame baseball player Reggie Jackson. 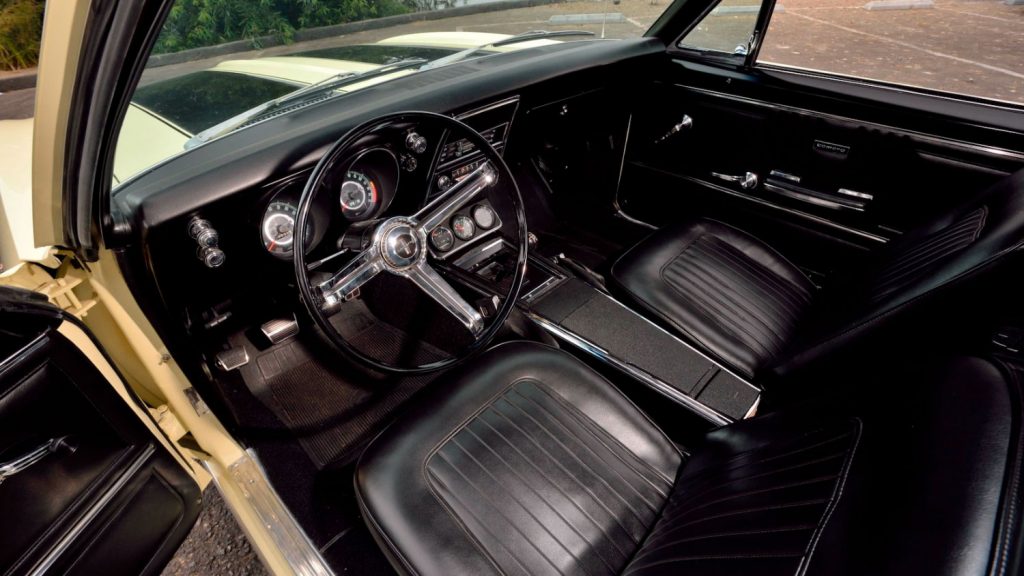 The Chevy Camaro Z/28 is finished in Butternut Yellow with Tuxedo Black stripes over a black vinyl interior. Powering the Camaro is a period-correct replacement 302 cubic-inch Small Block rated at 290 horsepower. The 302 is fed by a four-barrel carb atop a Winters aluminum intake. Backing the 302 is a Muncie M21 four-speed manual transmission feeding power to the twelve-bolt Positraction rear end with 3.73 gears. The Camaro is equipped with power steering, power brakes with front discs, a cowl induction hood, a tilt steering, center console, painted Rally wheels wrapped in redline tires,  and a Delco AM/FM radio. Included in the sale are the original shipping invoice, registration records, an NCRS Shipping Data Report, period photos, and NHRA time slips. 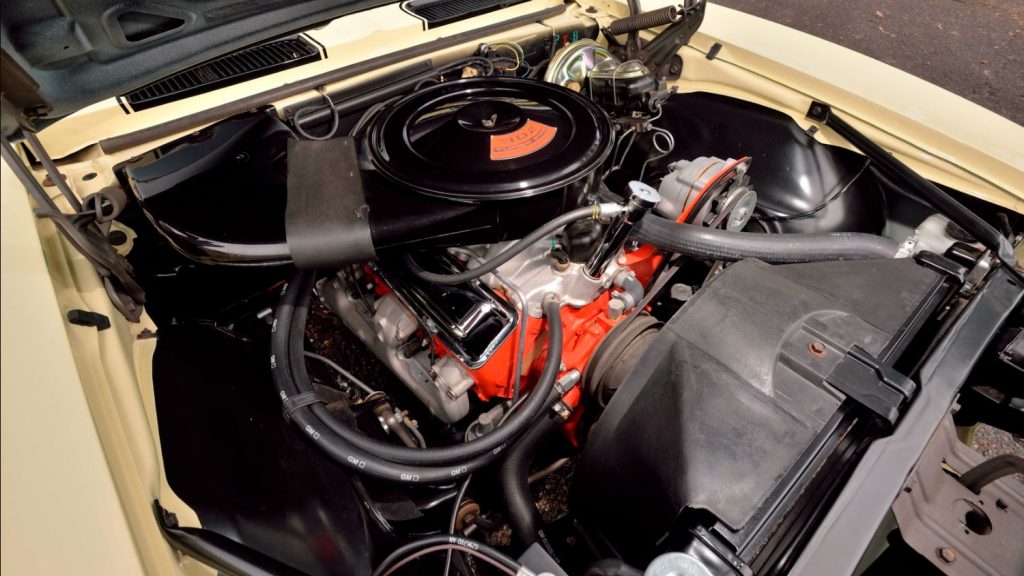 This Chevy Camaro Z/28 will cross the auction block at the Mecum Auctions Monterey sale taking place August 18th through the 20th. 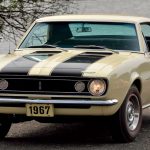 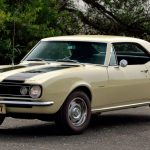 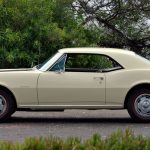 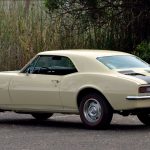 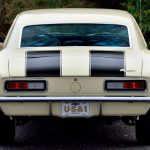 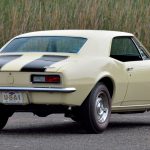 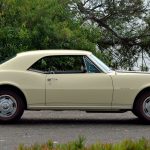 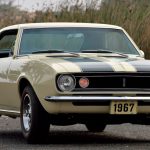 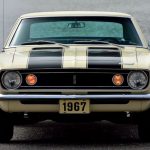 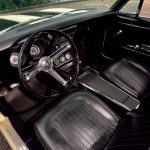 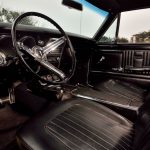 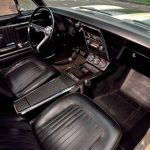 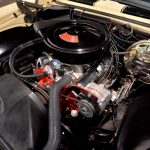 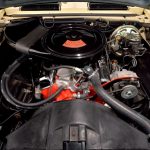 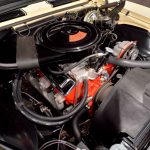