The Chevy Corvair debuted for the 1960 model year. The Corvair moniker came from a blending of Corvette and Bel Air, with the “air” portion a direct reference to the Corvair’s air-cooled, horizontally opposed six-cylinder engine. When it was introduced, the Corvair was offered in base and deluxe sedan configurations, with the entry-level sedan sparsely equipped to keep the sticker price under $2,000. Both sedans were propelled by the 145 cubic-inch Chevrolet Turbo Air air-cooled six producing 80 horsepower. The Corvair was intended to compete with offerings from Porsche, Volkswagen, and other compact imports. 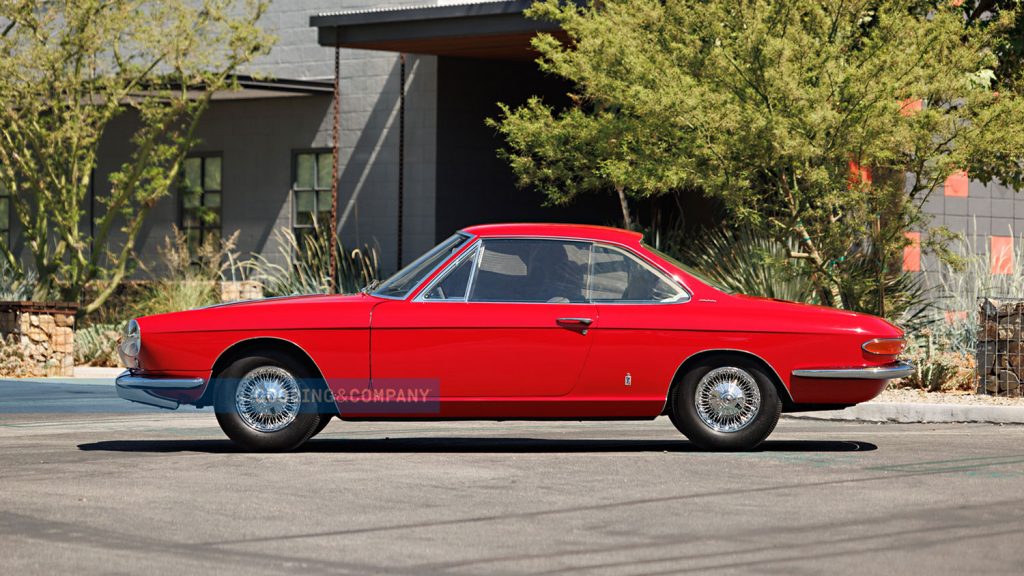 Coupe versions of the Chevy Corvair arrived in January of 1960, in base and deluxe versions like the sedans. The coupe was well received, selling over 14,000 of the base coupe, and more than 36,500 of the deluxe coupes in the first year. The Corvair was named Motor Trend magazine’s 1960 Car of the Year. 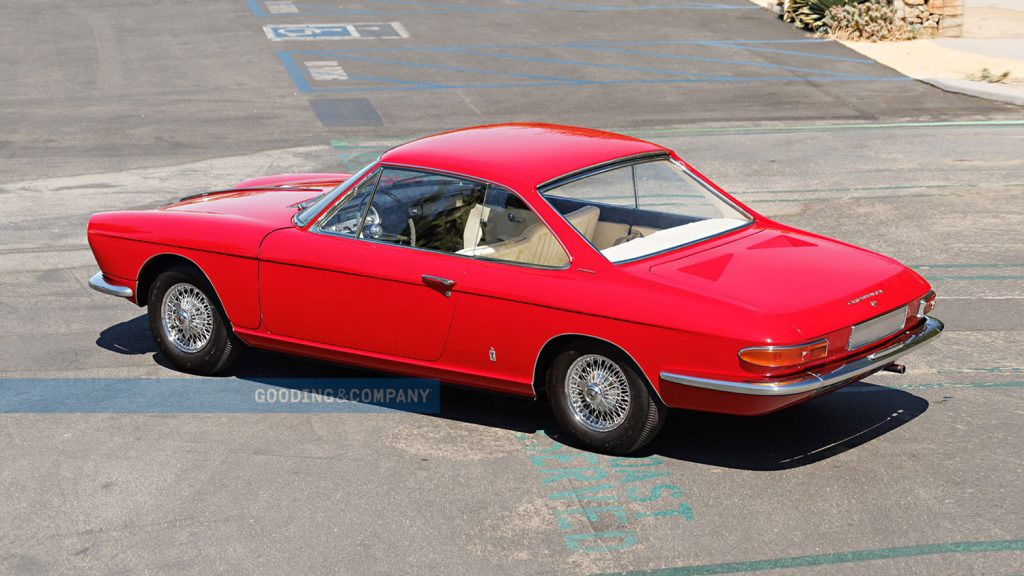 With the early success of the Chevy Corvair, Bill Mitchell, Vice President of GM Styling thought sleeker styling might let the Corvair compete with imports on their own turf. Mitchell shipped a Corvair to Pininfarina. The Italian design house transformed the basic coupe into a beautifully modern styling exercise that graced the cover of Road & Track magazine in March of 1961. The 1960 Chevy Corvair Coupe Speciale Concept would eventually be re-styled and updated by Tom Tjaarda. 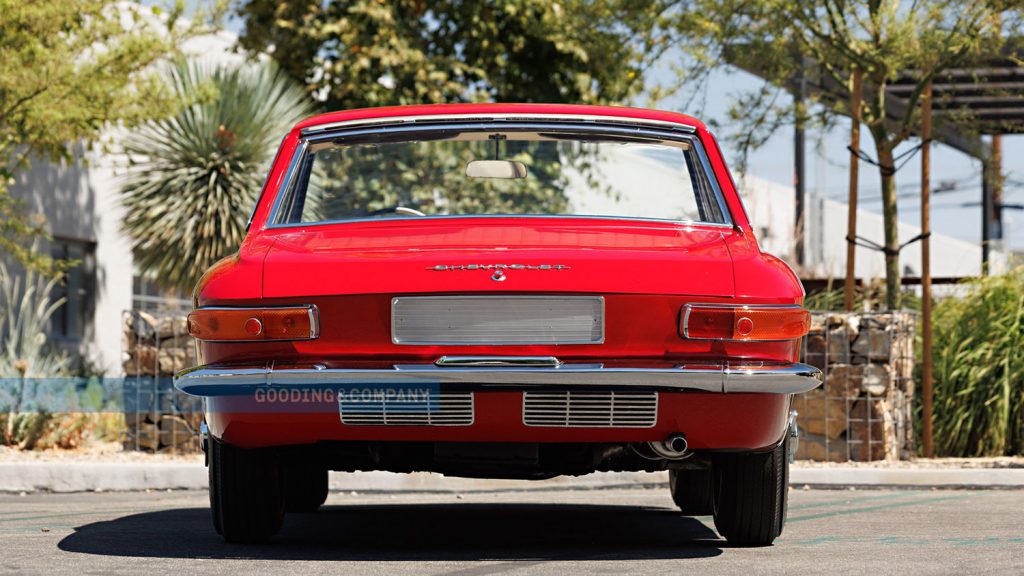 The Chevy Corvair was kept as part of the Pininfarina collection until 1996. It was subsequently sold to a California collector, traded hands a twice more before landing in La Jolla, California in 2001. It has been featured at the Amelia Island Concours d’Elegance in 2007, and at the 2010 Quail Motorsports Gathering. 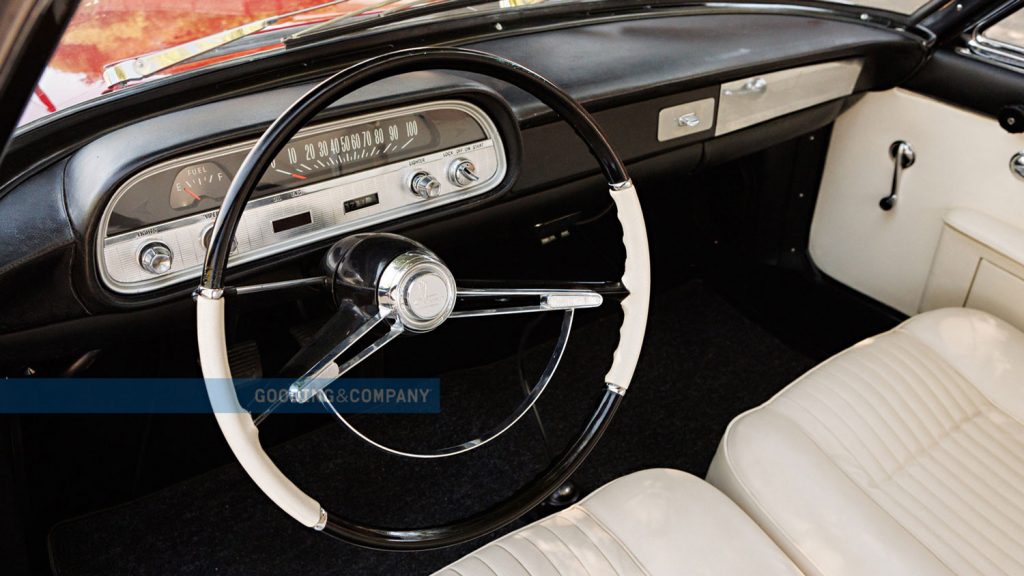 Finished in a brilliant bright red over a white interior, the Chevy Corvair Coupe Speciale Concept is a true rarity; it is one of the few concept cars that has survived. It has covered just 3,700 miles from new. It retains its original 145 cubic-inch air-cooled flat six-cylinder engine fed by a pair of single barrel Rochester downdraft carbs. The flat six produces 80 horsepower and is backed by the four-speed manual transaxle. The Corvair has four-wheel drum brakes, front independent coil spring suspension, and a rear swing-axle suspension with coil springs. 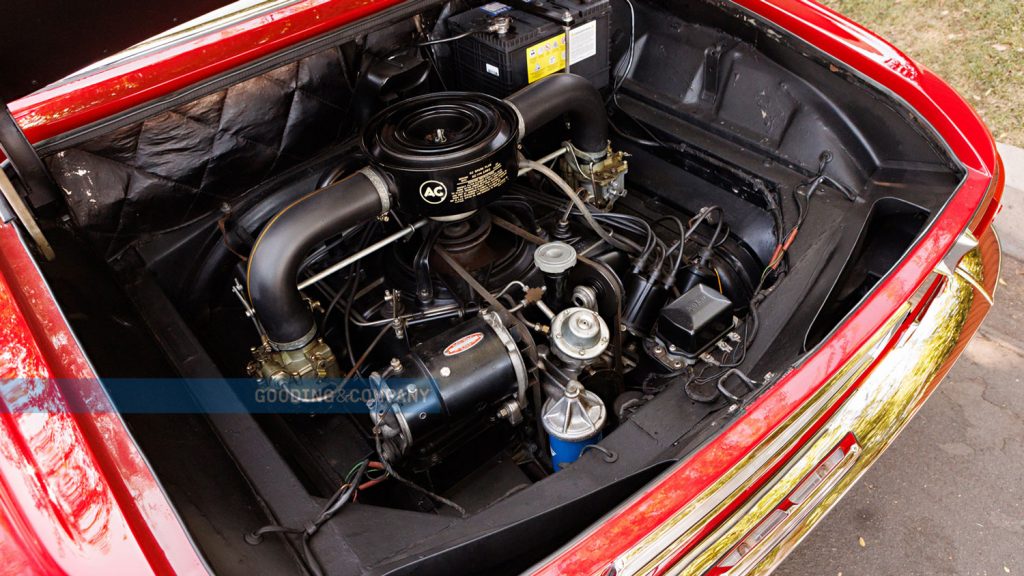 This sleek 1960 Chevy Corvair Coupe Speciale design concept crossed the auction block at the Gooding & Co. Monterey Car Week event, where it failed to meet reserve at a $260,000 high bid. 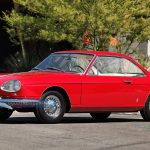 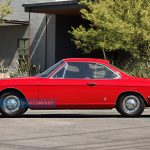 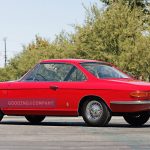 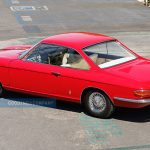 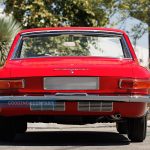 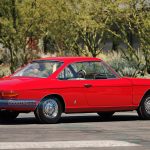 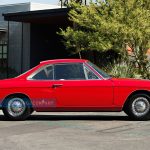 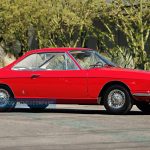 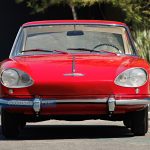 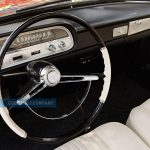 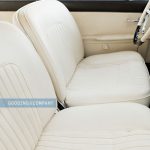 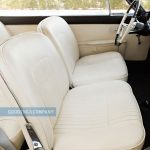 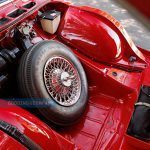 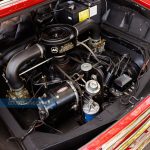