It’s great to see the station wagon body style get some love, especially when it’s in the form of a high-horsepower supercharged V8. Now, that’s exactly what we get with this LS-swapped 1971 Chevelle, as seen in the following brief feature video.

Clocking in at just over one-and-a-half minutes, this feature video is coming to us from Holley, which was on the scene at Texas Motor Speedway for the recent LS Fest Texas 2022. The 1971 Chevelle wagon in question is owned by Javier Leclerc, who built his ride for fun on the street and the track.

Taking about nine months to get to where it is now, this Chevelle wagon still has a few goodies coming down the pipe, but for now, it’s sitting pretty thanks to an attractive champagne exterior, shiny brightwork, and a set of Forgeline wheels with a cool five-spoke design and polished lip. Also check the side exhaust exiting just behind the passenger-side rear wheel.

Inside, things look comfortable with new bucket seats up front and dual seats in the rear, as well as new upholstery throughout. The driver gets to grips with a Sparco steering wheel, which is wrapped in Alcantara and includes some interesting white detailing inside the three spokes. 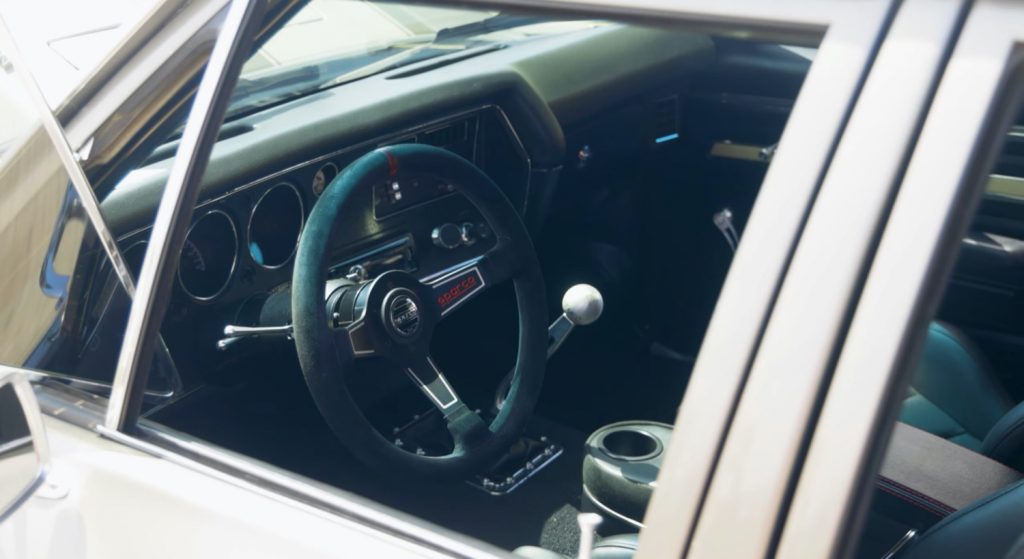 Making the go is a supercharged LS 415 V8 stroker motor, which gets stuffed with boost thanks to a D1X Pro Charger blower. There’s also an MSD Atomic Air Force intake, and according to the owner, this thing is laying down 850 horsepower at the rear wheels when running E85 fuel. 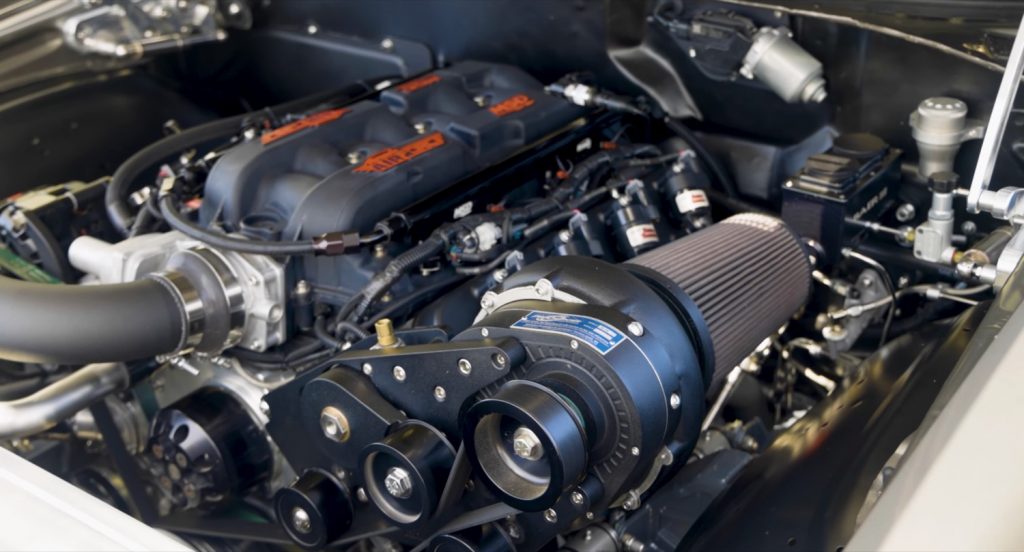 That’s a lot, but luckily, a Roadster Shop Fast Track chassis is on hand for the underpinnings. There’s also new Baer brakes with slotted rotors to help haul it down.

Leclerc says more tweaks are on the way, with the eventual goal of taking his Chevelle wagon road racing. Updates will include new aerodynamics front and back, as well as a transmission cooler and a proper harness bar.