A mint-condition Chevy SSR with just 4,700 miles on the odometer has appeared for sale on Bring-A-Trailer, giving fans of this oddball convertible pickup truck the rather rare opportunity to put a like-new example in their garage.

As some GM Authority readers will already know, the Chevy SSR was based on a modified version of the GMT360 platform that underpinned the first-generation Chevy Trailblazer and pulled styling inspiration from the Chevy Advance Design series of pickup trucks. It also featured a naturally aspirated 6.0L LS2 V8 engine, which was equipped in the Trailblazer SS at the time as well, sending power to the rear wheels through a Tremec T56 six-speed manual transmission or an available four-speed automatic. For the 2006 model year, the SSR was officially rated at 400 horsepower and 400 pound-feet of torque when equipped with the six-speed manual, enabling a zero to 60 mph sprint of 5.3 seconds. 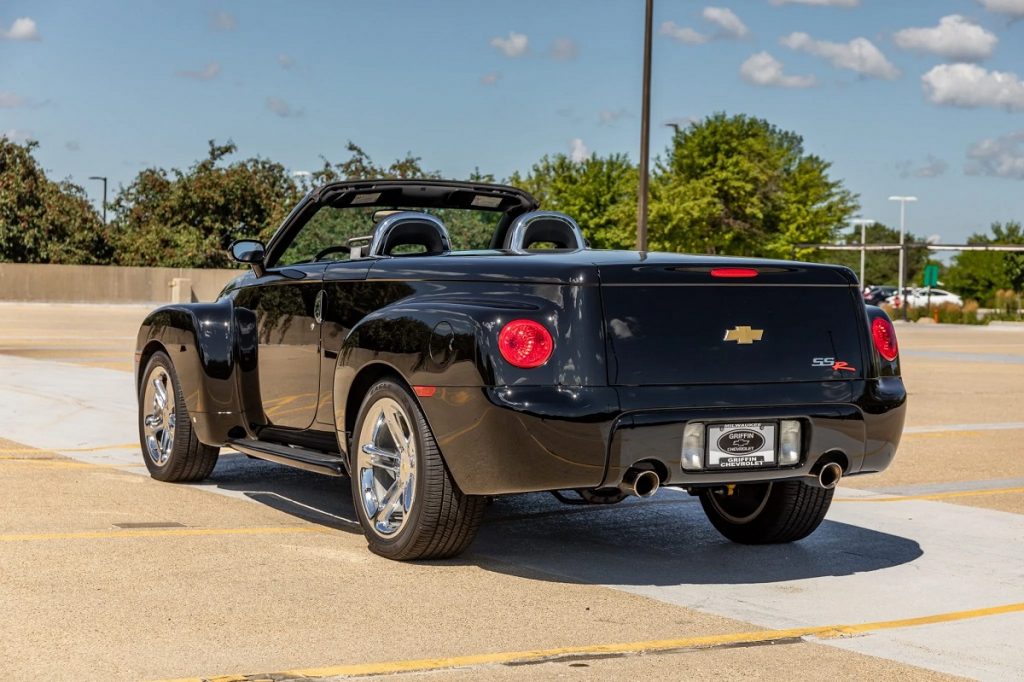 This particular Chevy SSR was acquired by the current seller in July 2022 and has been registered in Wisconsin since new. It’s bone stock, featuring the factory staggered alloy wheels wrapped in Goodyear Eagle tires, factory disc brakes, an unmodified 6.0L LS2 and the T56 six-speed manual. It was ordered in Smokin Asphalt gloss black and features a black leather interior with the factory four-spoke steering wheel and Bose stereo. It has two previous owners and is offered with a full CarFax report and service records. Exterior blemishes are limited to some minor underbody corrosion, while the cabin is virtually new with clean chrome trim and relatively well-kept leather upholstery. 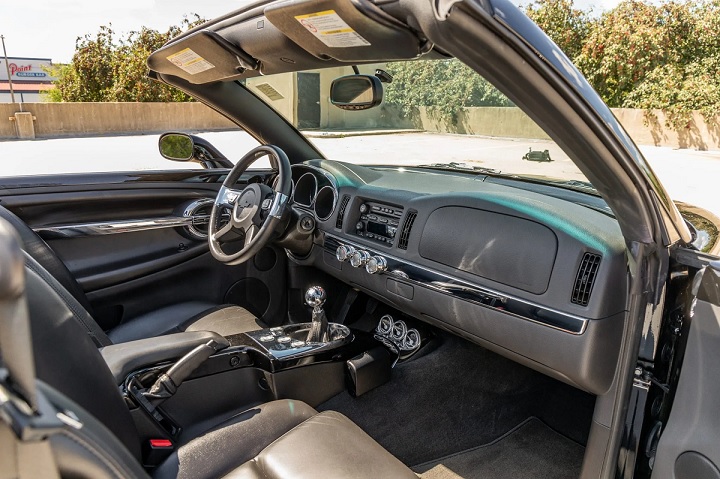 Check out the listing at this link before the gavel falls on this Chevy SSR auction next week. It currently has a high bid of $20,000 from only a single bidder as of this writing.