There are plenty of shops out there offering high-end Chevy Camaro restomods. However, Kindred Motorworks out of Northern California is taking the restomod process to a whole new level by implementing modern technology that reduces the time it takes to create a top-shelf build, providing the customer with a quality, detail-centric vehicle, without the lengthy turnaround.

Making its public debut during Monterey Car Week, Kindred Motorworks approaches each restomod with the company’s unique workflow technology. Prior to launching into a build, Kindred Motorworks tears into a given vehicle to create a complete blueprint on what the restomod will entail, from individual components, to the parts required, to the final assembly.

From there, Kindred Motorworks creates a step-by-step breakdown of the restomod process. This information is then given to a technician, thus saving time in creating the restomod in question with a repeatable, efficient workflow.

That means customers can get their high-end restomod more quickly, with a wealth of customization and upgrades offered without the usual one-off grind shops normally engage in with each project.

For now, Kindred Motorworks is offering restomod builds for classic vehicles like the Chevy Camaro, Ford Bronco, and VW Bus, with a Chevy 3100 pickup restomod set for availability sometime in the near future. 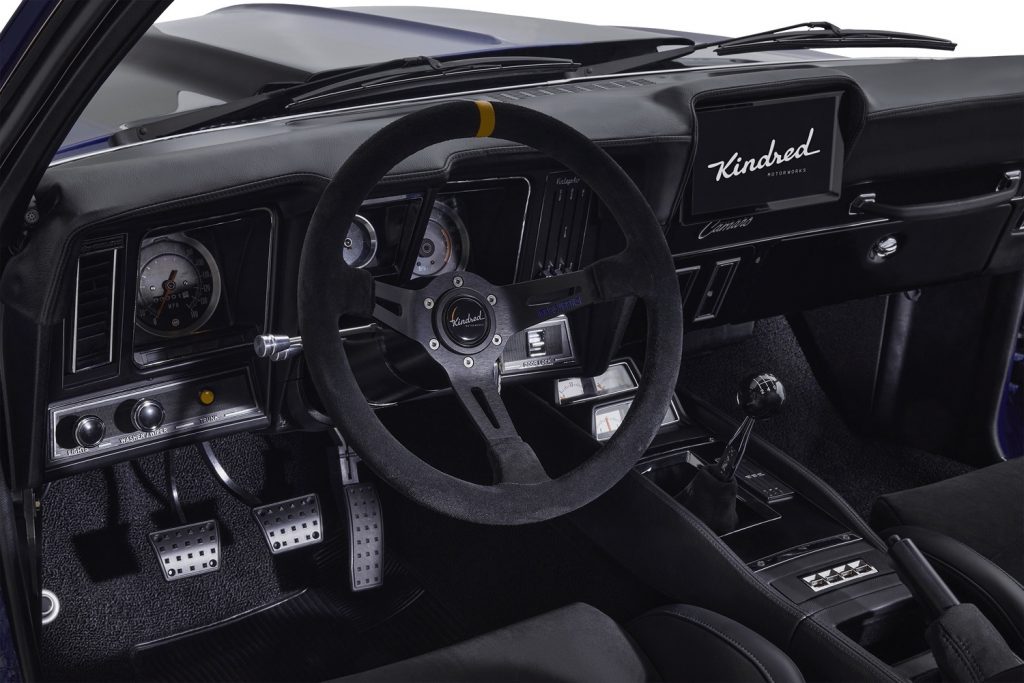 As for the Kindred Motorworks Chevy Camaro, builds start at $149,000 for the LS, and $199,000 for the LT. Highlights for the LS include the 495-horsepower GM LS376/480 6.2L V8 under the hood, mated to a six-speed automatic transmission and 9-inch Torsen limited-slip differential. The build also incorporates a power rack and pinion steering system and four-link rear suspension with panhard bar, while the interior incorporates new gauges, houndstooth original style seating, a Momo Indy steering wheel, and a long list of optional extras. 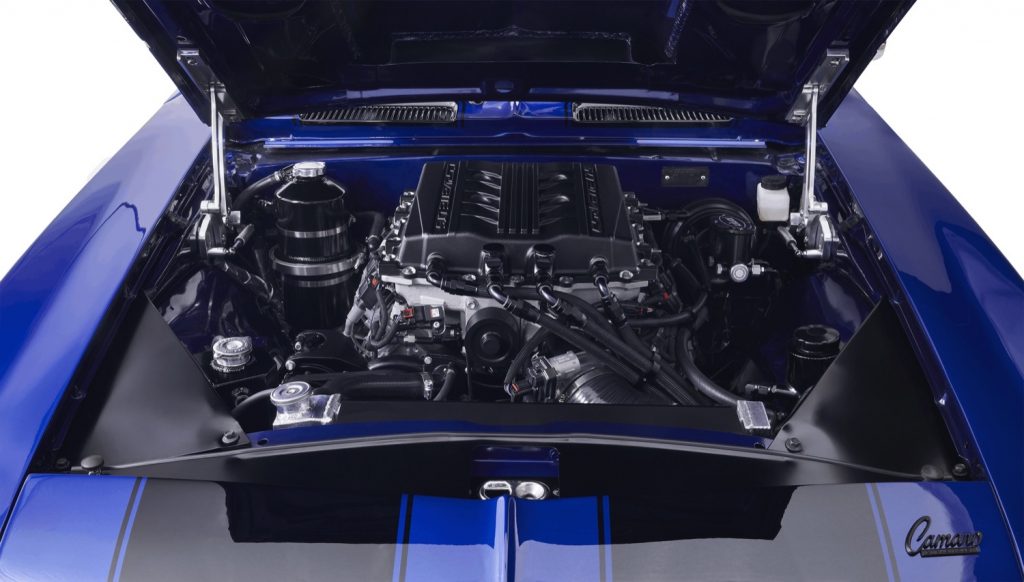 Step it up to the Kindred Motorworks Chevy Camaro LT, and you’ll get a significant power boost with a supercharged 6.2L V8 producing 700 horsepower, all of which is directed through the Tremec T56 six-speed manual transmission. Alternatively, customers can also opt for an all-electric powertrain, if desired.