The 2023 Cadillac Lyriq is an important vehicle, ushering in a brand-new all-electric era for the luxury marque. The question is – does the new EV crossover have what it takes to satisfy the internal-combustion faithful? Now, we’re watching as world-famous ICE-devotee Jay Leno gives his review of the 2023 Cadillac Lyriq Debut Edition. 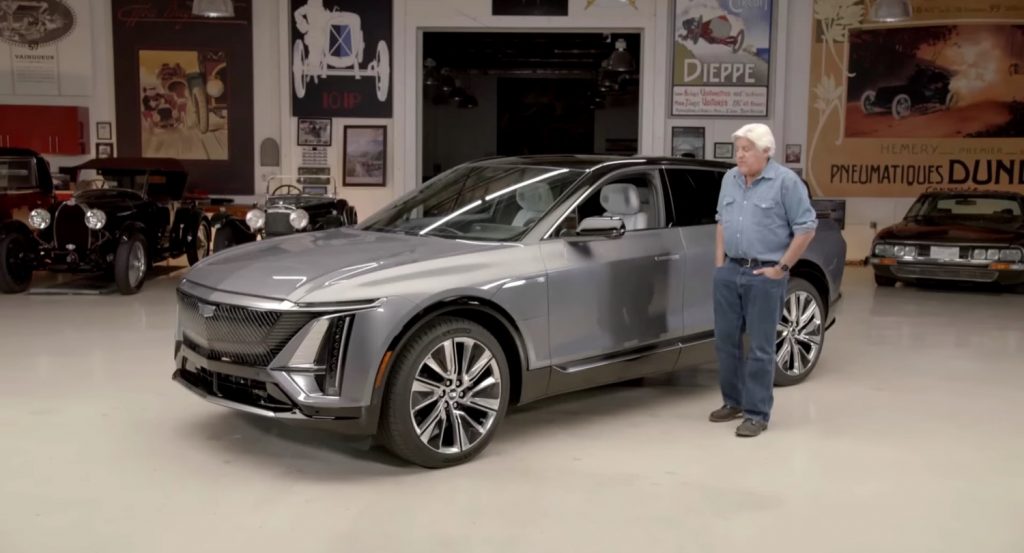 As expected, Leno has a long list of gasoline-powered Caddy models in his collection, including examples from 1918, 1925, and a 1957 as well. With that in mind, the importance of the brand’s first all-electric production vehicle isn’t lost on him. “I’ve always been a fan of the brand,” Leno states. “And there’s a lot of history here.”

Taking center stage in Jay Leno’s garage, the 2023 Cadillac Lyriq features a single GM Ultium electric motor and rear-wheel drive, with a 100.4 kWh GM Ultium lithium-ion battery pack providing the juice. Output is rated at 340 horsepower and 325 pound-feet of torque, while range-per-charge is around 300 miles. 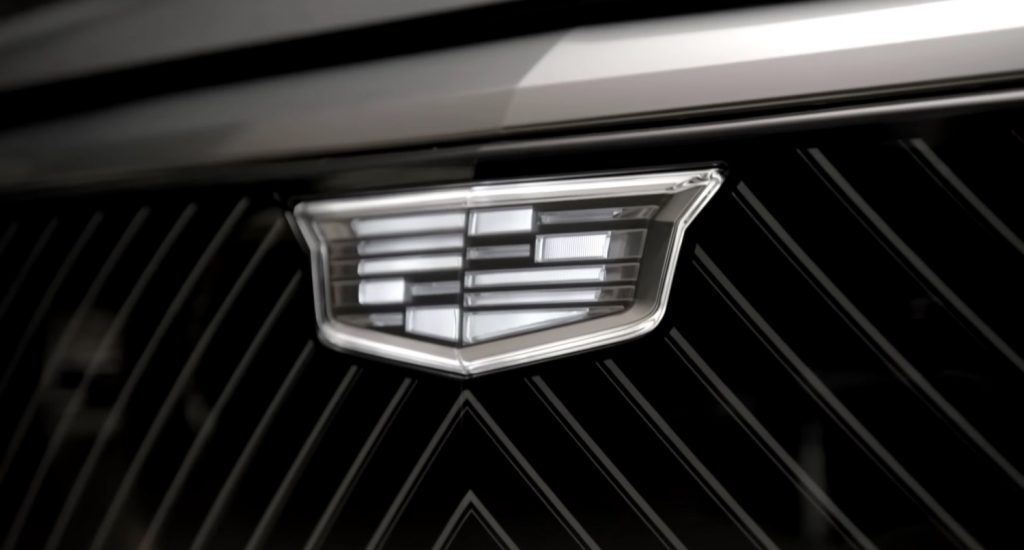 All impressive specs, no doubt, but Leno seems particularly impressed by the price point. At around $60,000, the 2023 Cadillac Lyriq is relatively affordable for a luxury crossover, especially for something in the EV category.

Joining Leno is Cadillac Program Engineering Manager Bryan Stewart, who provides important background information and specs as Leno goes over the crossover, front to back. The pair also point out a few of the interesting features, such as the touch-sensitive charge port and doors, as well as some hidden easter eggs, such as the merlettes embossed in the side of the dash. 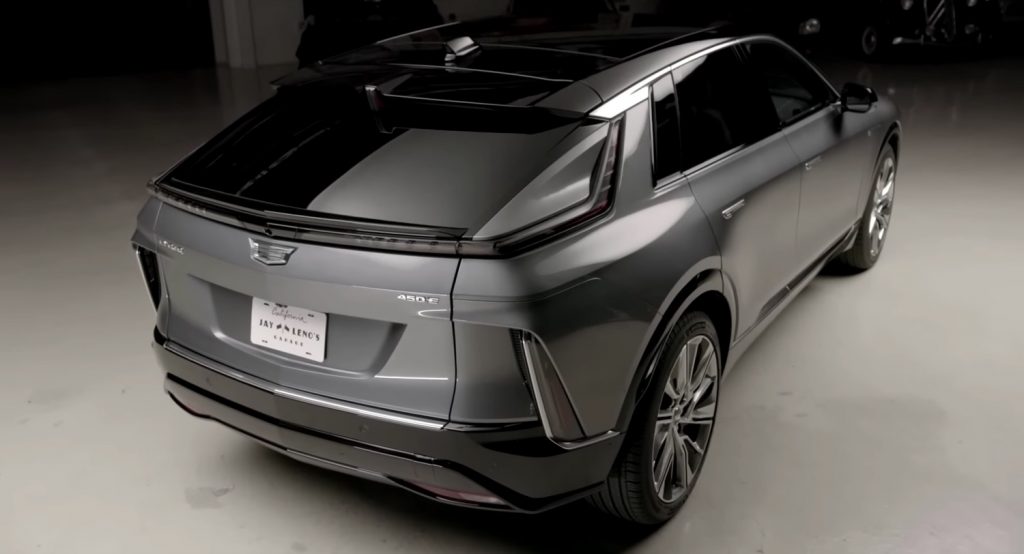 The Cadillac Lyriq rides on the GM BEV3 platform, which is a modular skateboard-type architecture that provides a wealth of options and configurations, including the ability to add an extra motor up front, as will be the case with all-wheel drive variants of the Cadillac Lyriq. The platform also gives the crossover a flat floor, which enhances the space and design inside the cabin.

So then, how does all this work for a gear head like Leno? Hit play to see for yourself: