Produced between 1930 and 1940, the Cadillac V-16, also known as the Cadillac Sixteen, was a true pinnacle of the American automotive industry, offering a combination of exclusivity, custom style, and cutting-edge engineering, all of which was only available to the very well-to-do. Now, Jay Leno is climbing behind the wheels of this slice of “automotive royalty” in the following episode of Jay Leno’s Garage. 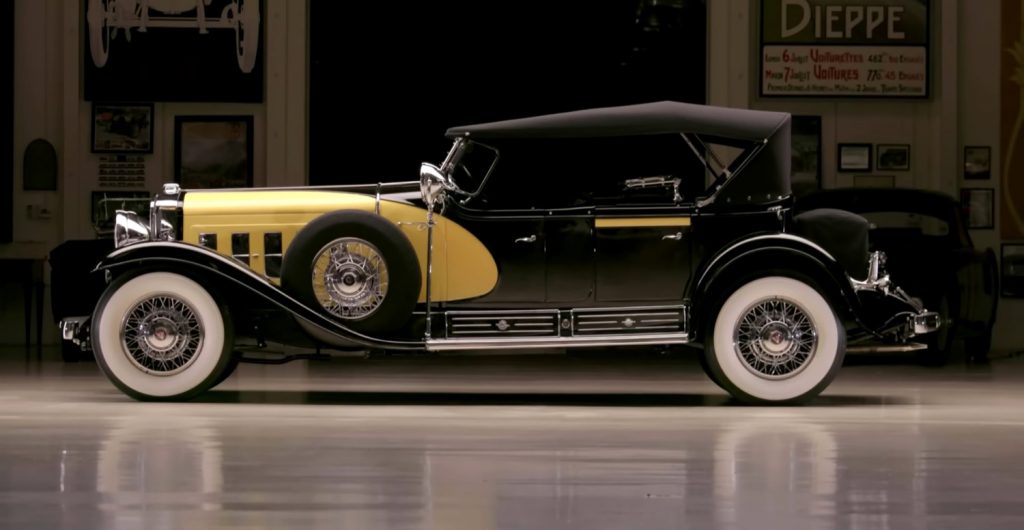 This particular Cadillac V-16 is from the Nethercutt Museum in Los Angeles, and presents as a 28 to 29 Cadillac body fitted to a 1930 chassis, complete with the Cadillac V16 engine under the hood. As the story goes, the original owner, a Mr. Gilbert Meyer, had heard Cadillac was developing a new V16 engine and wanted the latest goodies ahead of the model’s full debut. To that end, Meyer somehow managed to cajole GM to deliver the new Cadillac V-16 underpinnings and powertrain with the older body components. 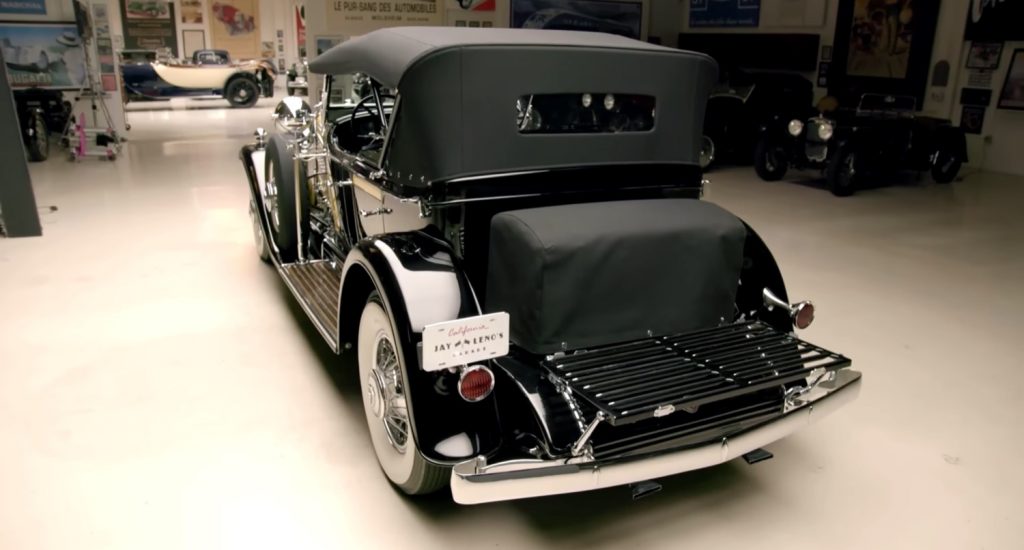 Indeed, while this vehicle certainly looks jaw-dropping, with a gorgeous two-tone paint job, thick wire wheels, and classic lines front to back, the main draw of the Cadillac V-16 is that sixteen-cylinder engine. Although it wasn’t the most powerful engine available in its day, Jay compares the quiet, effortless torque of the Cadillac 452 cubic-inch V16 engine to something like a modern electric car, with the vehicle simply pushing its passengers down the road in a sort of drama-free performance. 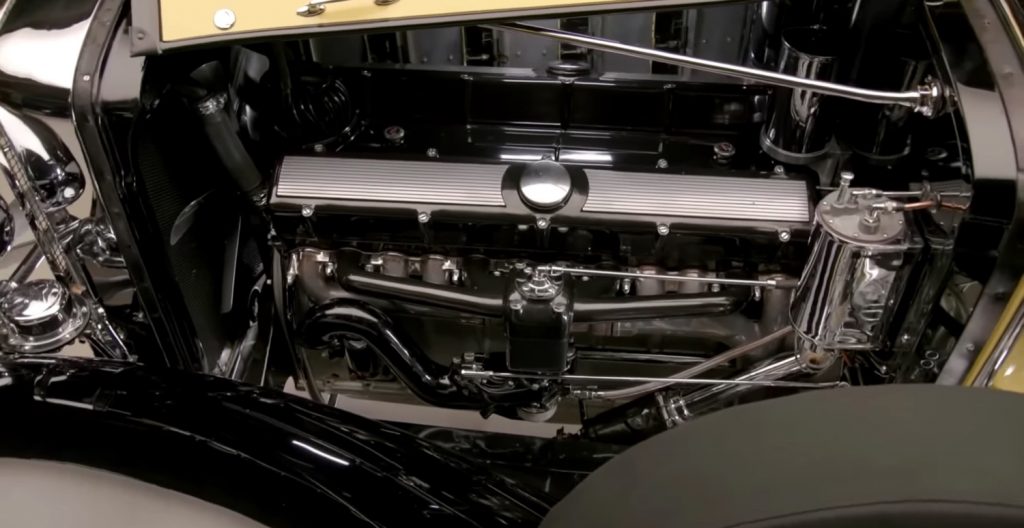 Granted, the V16 is also returning 3 to 6 miles to the gallon and produces around 165 horsepower, but for the era, this Cadillac V16 was among the finest pieces of automotive engineering ever created.

“This is essentially two Buick straight-eight overhead valves put together,” Jay says. “This one was just to show the depths of engineering that General Motors was able to do at the time,” he adds.

Check out the full feature video, including some footage of the Cadillac V-16 on the road, right here: