A recent post on the GM Techlink service website provides a solution to the front-end rattle or clunking sound that some 2019 to 2023 model-year Chevy Blazer owners have reported.

According to the post, a “rattle or clunk sound may be heard at the front of the vehicle on some” 2019-2023 model-year Chevy Blazer models. The post indicates this problem may be related to a more common problem, such as a loose strut or sway bar, however the sound may also be the result of “a loose, mispositioned or improperly torqued cradle brace,” the automaker says. The cradle brace is a flat bar that is bolted across the center of the engine cradle (labeled #1 in the diagram below). 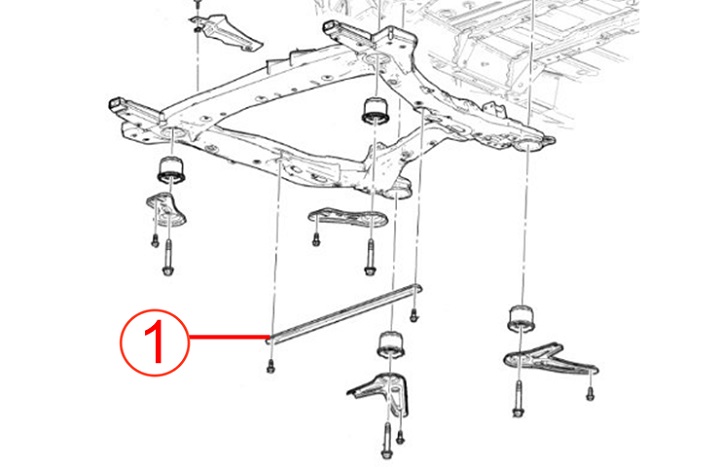 GM says certified technicians will be able determine if the rattle or clunk sound is coming from the cradle brace, as opposed to a loose suspension component, by removing the cradle brace and driving the vehicle for a short period while driving over small bumps or executing turning maneuvers. If the sound is no longer heard, it’s likely it was related to a loose or misaligned cradle brace.

To fix this problem, GM technicians will be instructed to re-install the cradle brace and ensure the bolts are torqued to spec. GM also notes the fasteners used on the cradle brace at single-use torque-to-yield fasteners, so employees must use new fasteners when tightening the brace back down to ensure it does not come loose again. 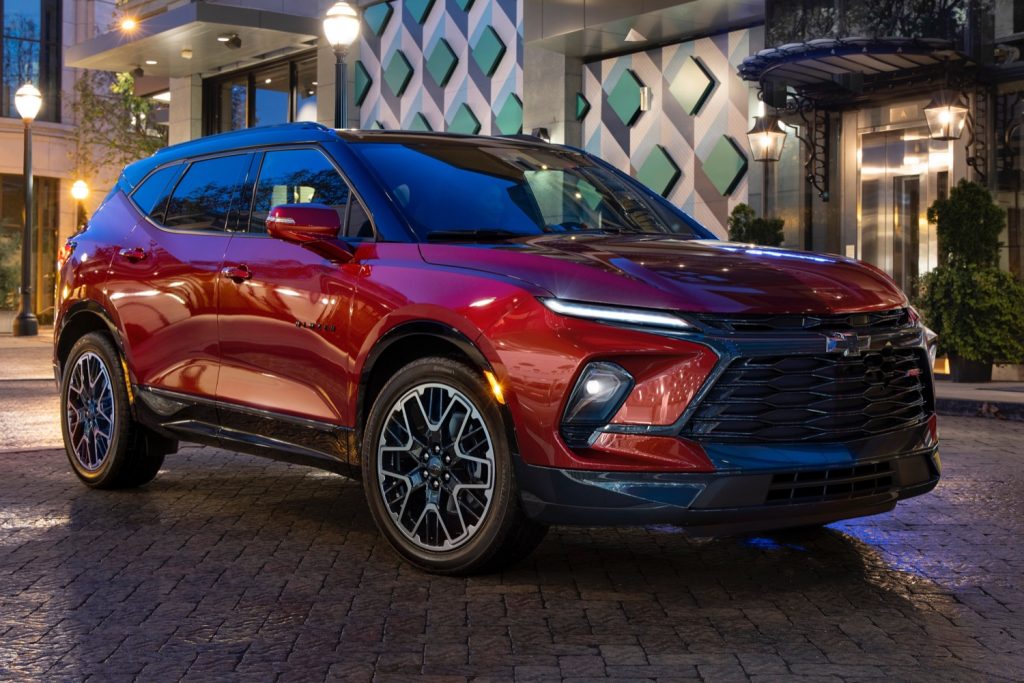 As we noted previously, this problem also affects certain other C1XX-platform GM crossovers in addition to the Chevy Blazer, such as the Chevy Traverse, Chevy Blazer and Cadillac XT5.

Production of the 2023 Chevy began on August 1st after GM was forced to push back the start of production from July 11th. The crossover is produced exclusively at the GM Ramos Arizpe plant in Mexico.