Back in the day, pickup trucks were little more than tools to be used to complete a job, but now, they can be much, much more. Such is the case with this fully restored 1970 Chevy K10, which is now dripping with class and style, as seen in the following feature video.

Recently hitting the ‘net courtesy of automotive photographer and journalist Larry Chen, the video is about 30 minutes long, and was captured on the grounds of the recent Holley LS Fest event at the Las Vegas Motor Speedway. The video includes some walkaround footage, an interview with the builder, and some driving action at the end as well, giving the viewer an in-depth look at this lovely 1970 Chevy K10.

Built by Common Ground Motorsports (CGM), an automotive customization shop out of Tucson, Arizona, this 1970 Chevy K10 started life as a four-wheel drive long bed model, which the current owner purchased to teach his teach his kids how to drive and to perform the usual daily grind. Eventually, the truck needed a restoration, so the owner decided to dive in with an extensive rebuild. 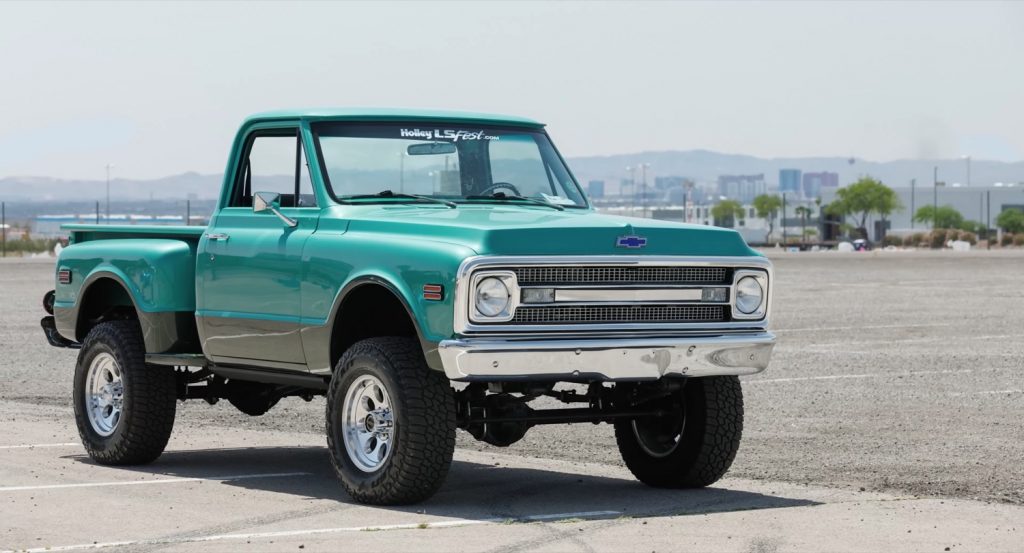 When CGM got the truck, it was partially disassembled and equipped with a 327 under the hood. Although in decent condition, CGM got to work by taking the frame off and updating the exterior, interior, powertrain, and suspension.

One of the most striking features of this 1970 Chevy K10 is the gorgeous two-tone exterior. The top colors is the original paint code for the truck, although modern materials and application makes the metal flake more vibrant. Meanwhile, the lower half is technically a Chevy Chevelle paint code. The bed and frame were shortened, while the original lights were fitted with LED lighting elements. 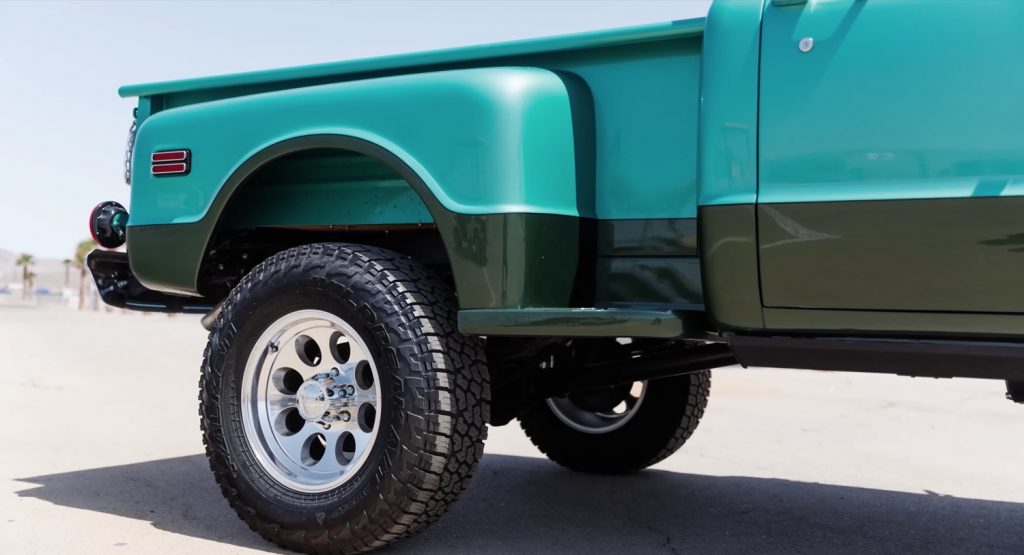 You’ll also notice the taller stance. In the rear is a Shackle Flip kit from Offroad Design, which gives the truck a lift while keeping the classic leaf spring look. Aftermarket soft ride springs are up front. A set of 17-inch Mickey Thompson wheels with a 33-inch Falken Wildpeak A/T tires completes the stance.

Under the hood is a naturally aspirated 5.3L LS V8 engine, estimated to produce around 280 horsepower.

Indeed, there are so many cool details packed into this thing, it’s best to just hit play and see the full feature for yourself: