The fully refreshed 2022 GMC Sierra 1500 introduces a long list of updates and changes, including the debut of the new GMC Sierra Denali Ultimate, the latest range-topper of the light-duty pickup trim level cadence. Indeed, the new Sierra Denali Ultimate is practically overflowing with equipment, design features, and unique touches, and now, we’re checking out the pickup’s impressive cabin with the following exclusive deep dive video. 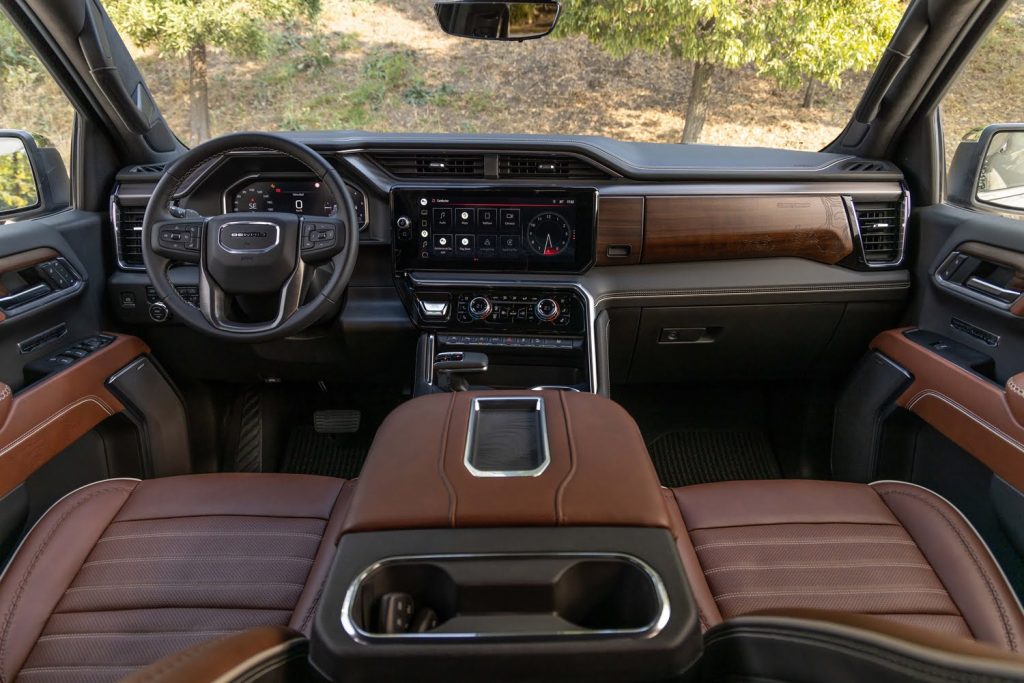 Hosted by GM Authority Executive Editor Alex Luft, the video is extensive, clocking in at over 40 minutes and going over everything you need to know about the 2022 GMC Sierra Denali Ultimate interior.

Right off the bat, we find the Alpine Umber upholstery colorway, an exclusive feature for the GMC Sierra Denali Ultimate trim level. Full-grain leather covers the seats and various other surfaces, complemented by open-pore Paldao wood trim. The seats themselves feature 16-way power adjustability and a massage function. 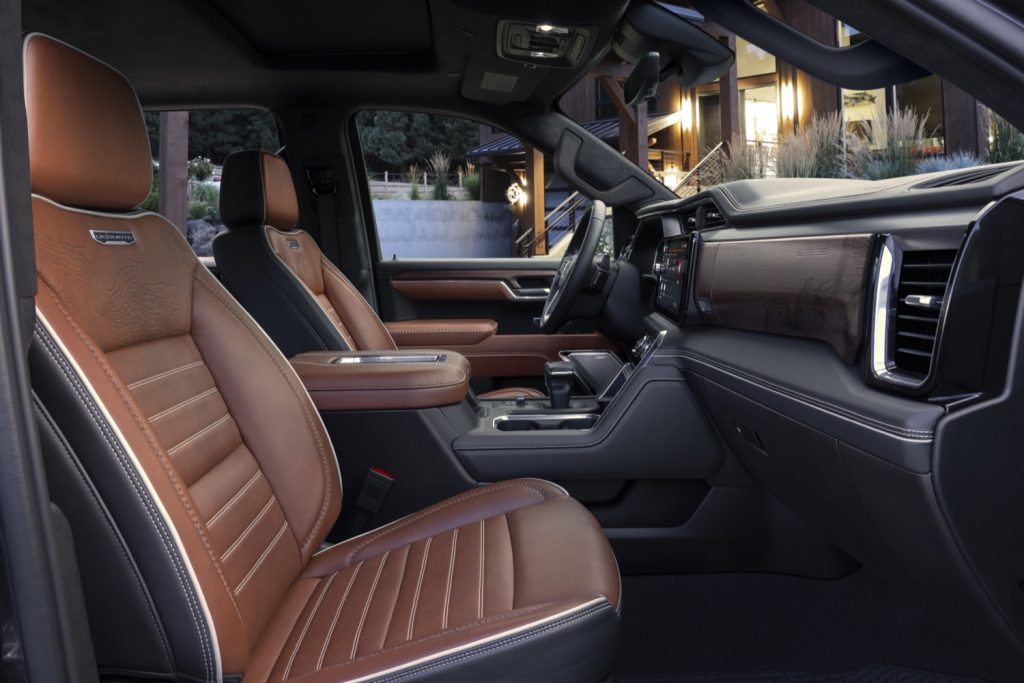 Another notable feature that’s unique to the Sierra Denali Ultimate is a full complement of Denali Ultimate badging, which can be found on the sill plates, in the seats, and elsewhere. The badging incorporates geographic coordinates for Mount Denali, the highest peak in North America and the namesake inspiration for GMC’s Denali line. The theme is continued further with topographical outlines of the mountain that are inlaid with the upholstery, dash, and elsewhere. 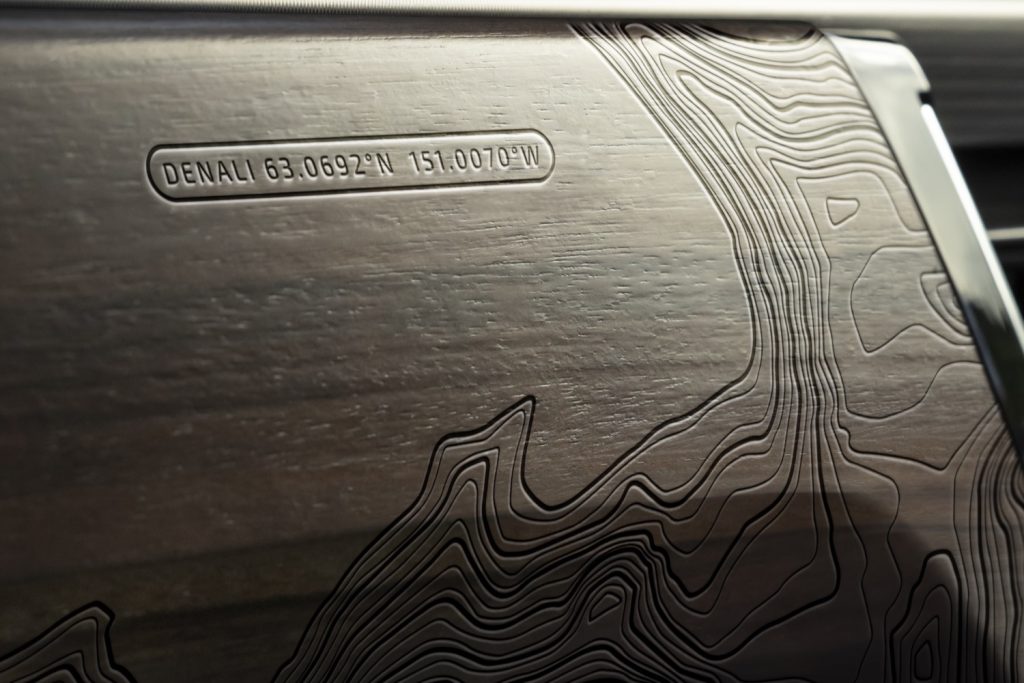 The 2022 GMC Sierra Denali Ultimate cabin certainly looks fantastic, but there are a few things that we find less than ideal. For example, some of the surfaces on the doors create a somewhat unpleasant sound if you rest your elbow on them. Additionally, while the cabin includes a button to drop all four windows at once, there’s no option to raise all four at the same time.

For those fans eager to get the full rundown on what the 2022 GMC Sierra Denali has to offer, including highlights and criticisms, this video is a must-watch. Check it out right here:

As a reminder, the GMC Sierra Denali Ultimate is equipped as standard with the naturally aspirated 6.2L V8 L87 gasoline engine, which is rated at 420 horsepower at 5,600 rpm and 460 pound-feet of torque at 4,100 rpm. The V8 is mated with the GM 10-speed automatic transmission, while under the skin, the Sierra 1500 rides on the GM T1 platform. GMC Sierra 1500 production takes place at the GM Fort Wayne plant in Indiana and GM Silao plant in Mexico.