Antonio Garcia started from second position in the No. 3 Corvette C8.R for Sunday’s two-hour, 40-minute sprint race, but immediately fell to third, slotting in behind the Pfaff Porsche 911 GT3R. The team called Garcia in for an early pit stop for fuel and tires, which put the Corvette in the front of the pack as the Pfaff Porsche and other GTD Pro rivals, including the BMW Team RLL BMW M4 GT3 and the Heart of Racing Aston Martin Vantage GT3, pitted under green.

A yellow flag that came out for debris on the track with roughly an hour and 20 minutes remaining erased the Corvette’s sizable lead. However, Jordan Taylor eventually worked his way back to the front of the GTD Pro field and began hounding the race-leading Porsche for the win. Chevy expected the Pfaff Porsche to come into the pits with a handful of laps remaining, with the team attempting an ambitious fuel-saving strategy, however Frenchman Mathieu Jaminet successfully held off the hard-charging Corvette whilst saving enough fuel to get across the finish line, with his 911 sputtering out on the cool-down lap.

“We called the strategy well at the beginning and jumped ahead,” Taylor said post-race. “If the race had gone green (to the finish), we would have maintained that track position, but the yellow kind of killed it. The car felt good, it’s just frustrating to come up a little bit short again.” 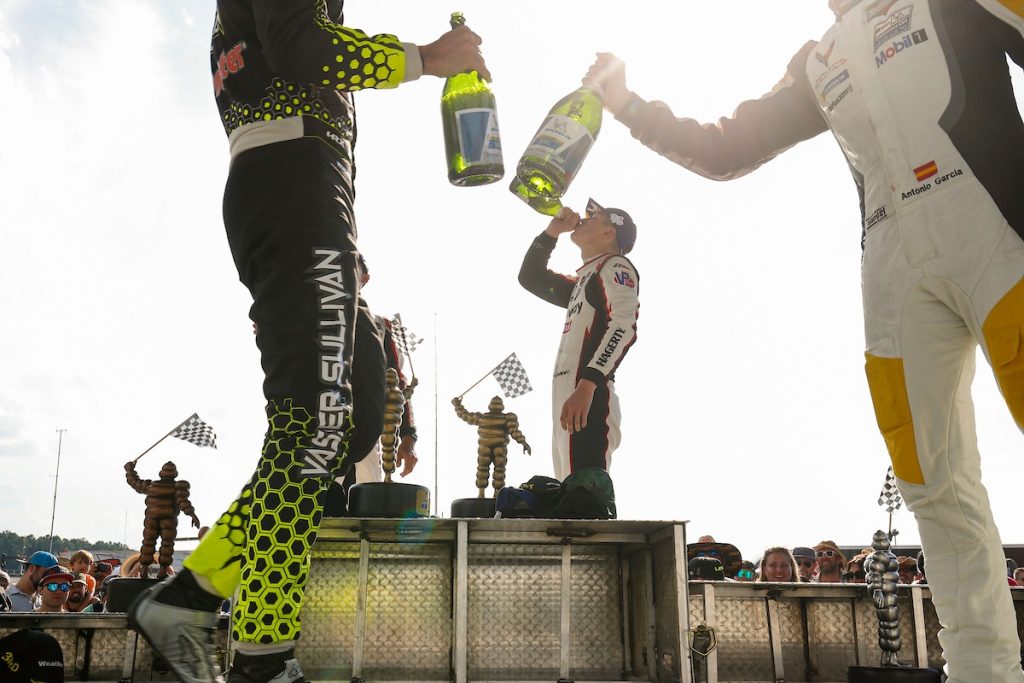 The 2022 IMSA season will conclude with the 25the running of the Motul Petit Le Mans from Road Atlanta on Saturday, October 1st, 2022.