Corvette Racing remains in the hunt for the GTD Pro title in the IMSA WeatherTech Sportscar Championship after securing a podium at Road America on Sunday.

Antonio Garcia and Jordan Taylor started the IMSA Fastline SportsCar weekend off strong, with Garcia qualifying third to put the team on the second row of the GTD grid. The Spaniard also had a trouble-free opening stint, maintaining third throughout his 40-minute session before coming into the pits just as rain began to fall on the 4.048-mile circuit. 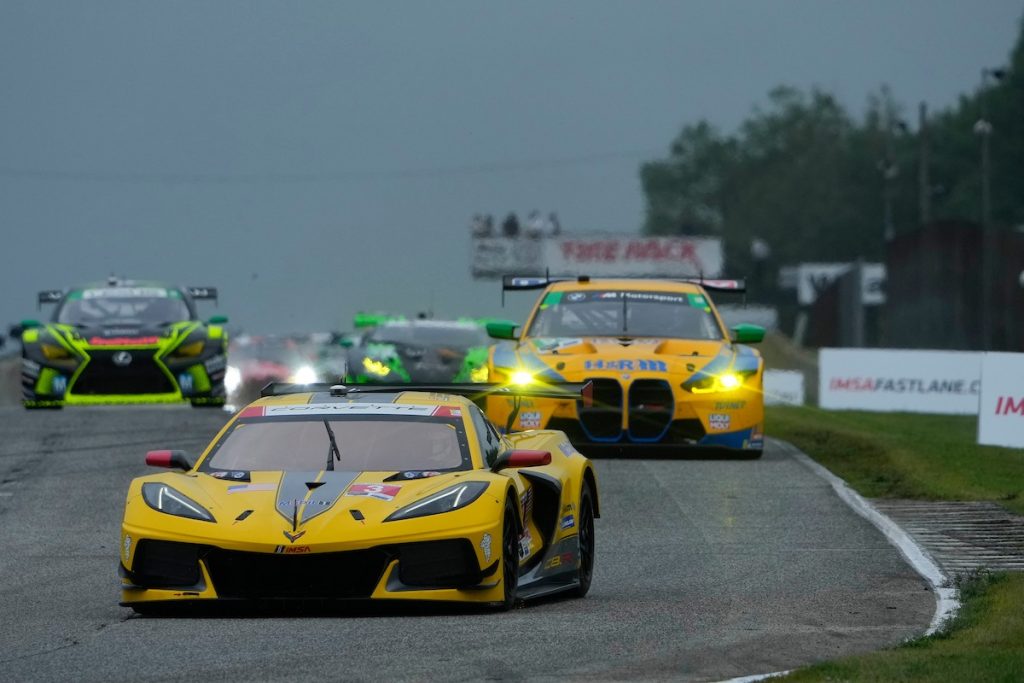 Quick work from the Corvette Racing pit crew put Taylor at the front of the GTD Pro field after the first round of green flag pit stops, however the American lost two places in rapid succession as the Chevy struggled on Road America’s numerous long straightaways. Taylor then proceeded to fall to fourth as he grappled with the tricky conditions and an overall lack of straight-line speed from the C8.R.

The track began to dry toward the end of Taylor’s stint, with the American coming into the pits for tires, fuel and a driver change during the second of three full-course yellows, which came out with roughly 78 minutes left on the clock. Garcia re-entered the track in fourth on slick tires and moved his way back into third before the final caution came out with 58 minutes remaining. 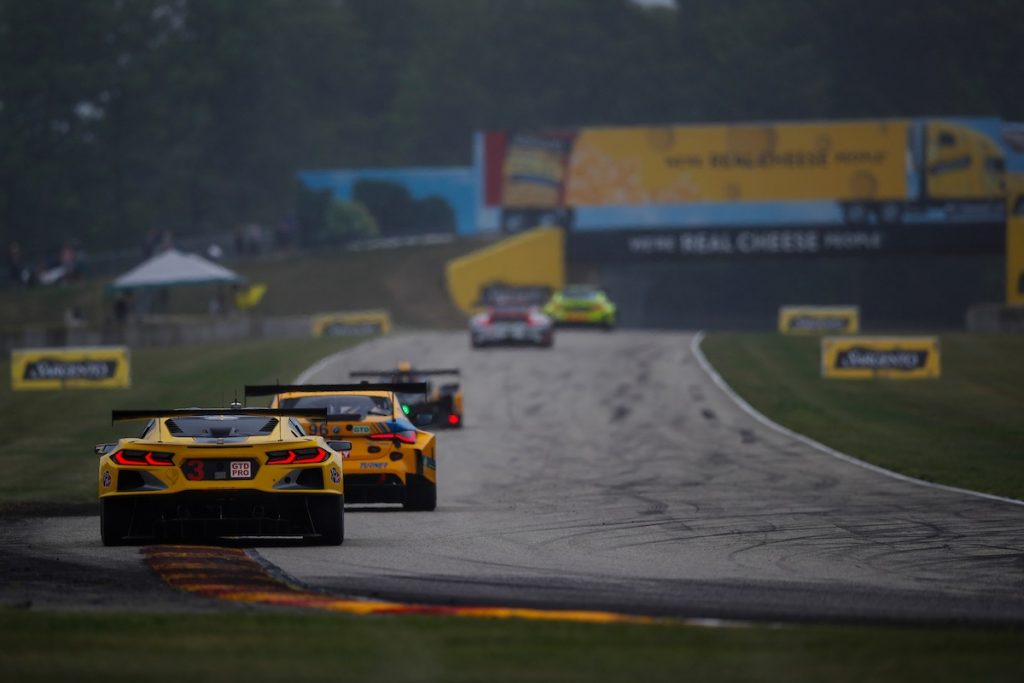 Chevy elected to keep Garcia out during the final caution, believing track position to be a greater benefit than fresh tires, however the Corvette once again fell through the order once the green flag came back out. Garcia was forced to settle for third in GTD Pro, with the Lexus RCF GT3 of Vasser-Sullivan taking the overall win in the class and the Porsche 911 GT3 R of Pfaff Motorsports claiming second. 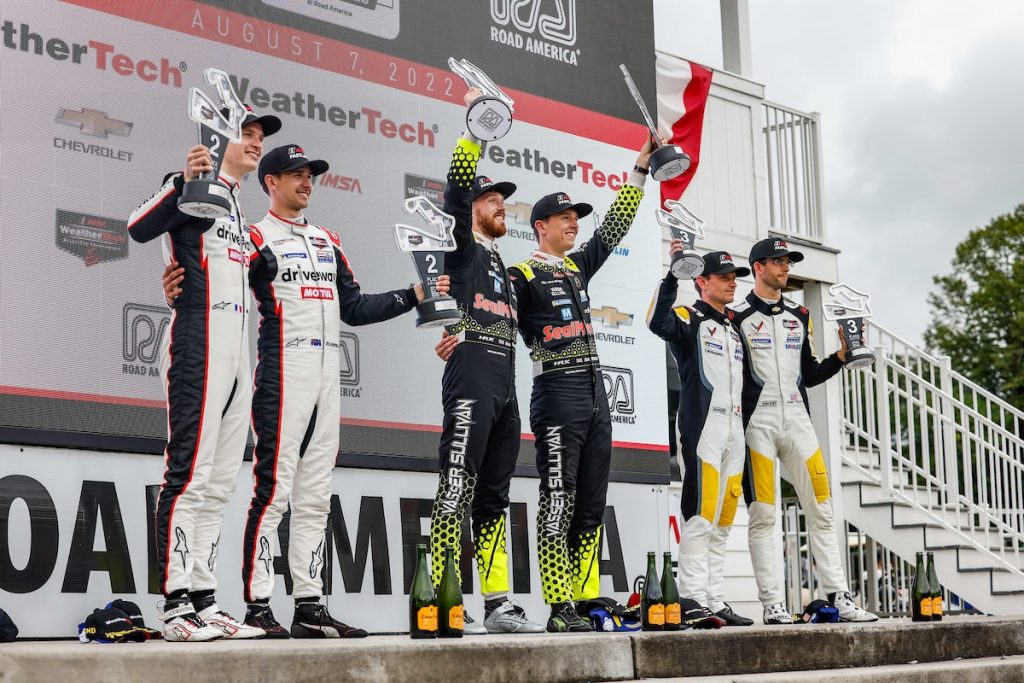