Chevy ranked above average among mass-market brands in the recent J.D. Power 2022 U.S. Tech Experience Index Study, which attempts to gauge how effectively automakers implement new vehicle technologies in their latest products, and how reliable these systems prove to be over time.

For this study, J.D. Power surveyed 84,165 owners of new 2022 model-year vehicles after 90 days of ownership, asking them to report how many problems they’ve experienced with so-called “advanced technologies,” in their car, crossover, truck or SUV. It used this data to assign a ‘PP100’ score to each brand, which is based on the number of problems reported by owners for every 100 2022 model year vehicles the brand has on U.S. roads. It also awarded each brand an ‘Innovation Ranking’ based on a 1,000 point scale. 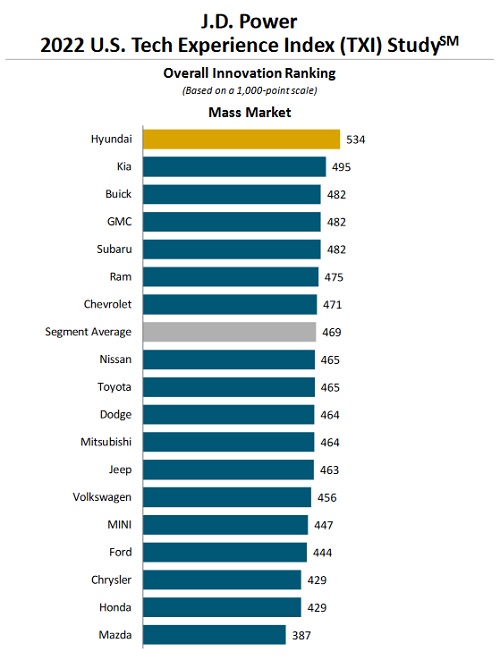 EV-based technologies are among the top five most desired technologies in America, according to J.D. Power, which could position Chevy well for the future as it introduces the 2024 Chevy Blazer EV and Chevy Equinox EV, among other all-electric models. A phone-based digital key is also among the top three most-desired advanced vehicle technologies, the research firm said. 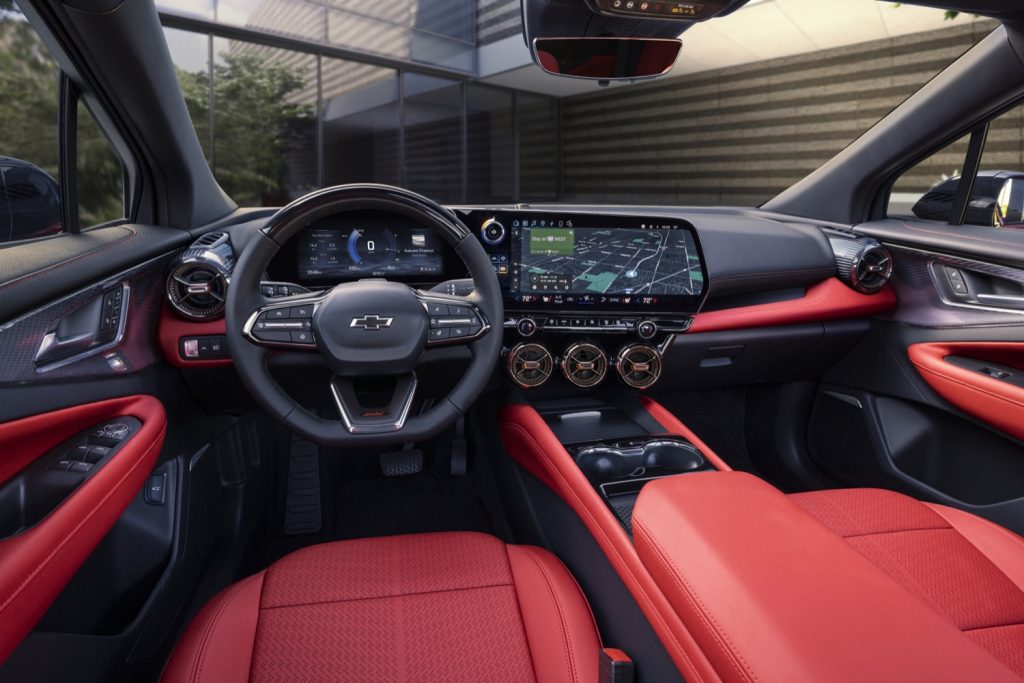 J.D. Power says automakers can benchmark leading companies’ technology, such as that from Hyundai/Genesis, to help them “identify and then integrate best practices,” for implementing innovative features on their new vehicles.

“Effective innovators understand that new technologies can be introduced successfully with proper design and execution,” J.D. Power said in its analysis of the study.