In the quest to build a vehicle that can meet the needs of every buyer out there, automakers have to be clever. However, car customizers can get in on the action as well, as seen with weird Chevy Equinox convertible.

Recently popping up on social media, this Chevy Equinox convertible actually doesn’t look too bad, all things considered. Indeed, chopping the roof off a crossover isn’t exactly an easy “modification,” but it appears as though the folks responsible for this thing didn’t muck it up. 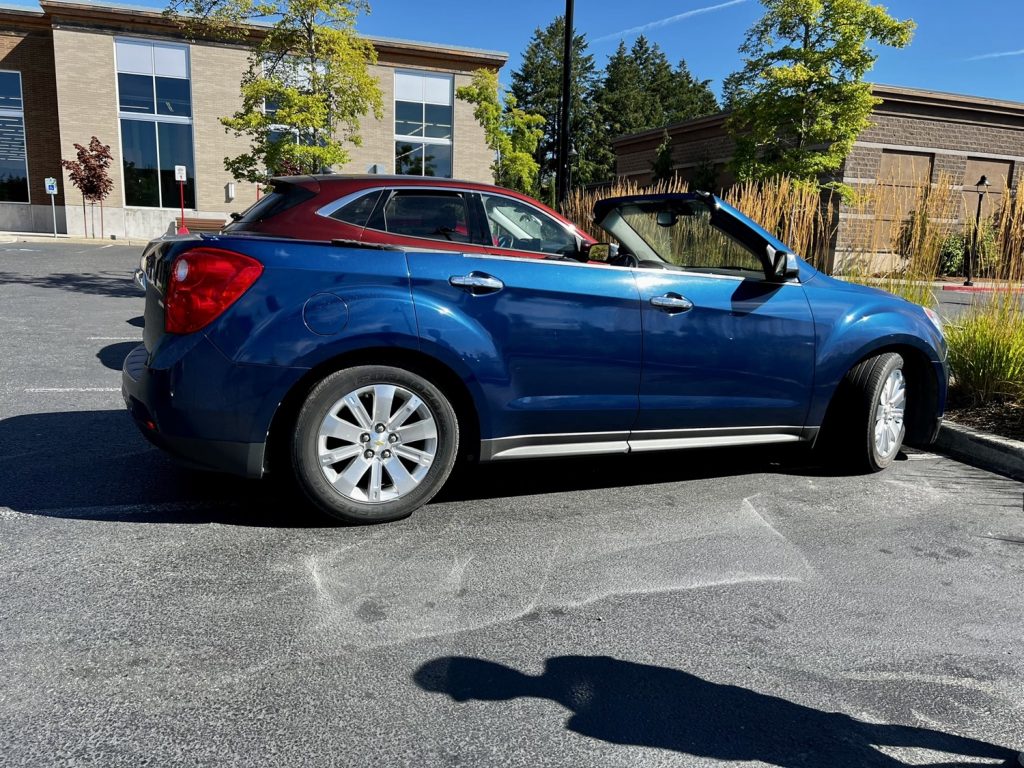 Judging by the headlights and body design (or at least what’s left of it), it looks like this particular vehicle is based on the second-generation Chevy Equinox, which was produced for the 2010 through 2017 model years. The convertible was chopped down to the shoulder line, with the B-pillar, C-pillar, and hatch all completely removed, and the A-pillar cut just behind the top of the windshield. It also looks like the suspension may have been lowered a little bit.

That’s certainly quite a lot of metal and glass to remove, which equates to a whole host of potential pitfalls. Nevertheless, the conversion works well, with straight, clean cuts and a nice painted finish. A weekend Sawzall hack, this is not. 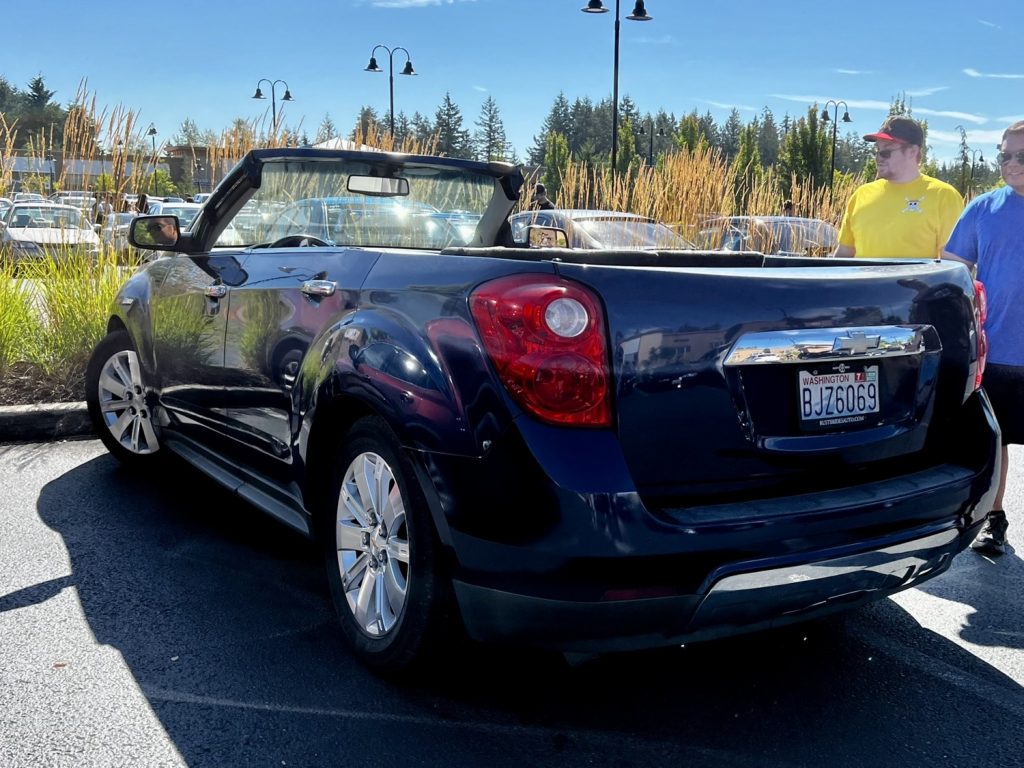 Although it’s a little tricky to tell from these photos, it doesn’t look like this Chevy Equinox convertible has any sort of roof assembly – rather, this is the vehicle to take on blue-sky days, and it definitely needs a spot in the garage as well. However, with a full rear bench seat, loads of legroom, and even a large rear cargo area, this thing isn’t your typical droptop, with surprising practicality on tap, not to mention an endless amount of headroom.

A lady drive this up to a car meet that was going on, but she was just heading to Michael’s 😂😂. NGL, it’s not bad, and somehow still looks better than a Murano CrossCab. pic.twitter.com/Hi2UKBsZYQ

Finding something like this Chevy Equinox convertible out in the wild is always interesting, especially when tastefully executed. Typically, we would expect a ride in a chopped-up crossover to necessitate a tetanus shot due to a surplus of ragged metal and rust, but this one isn’t quite like that.