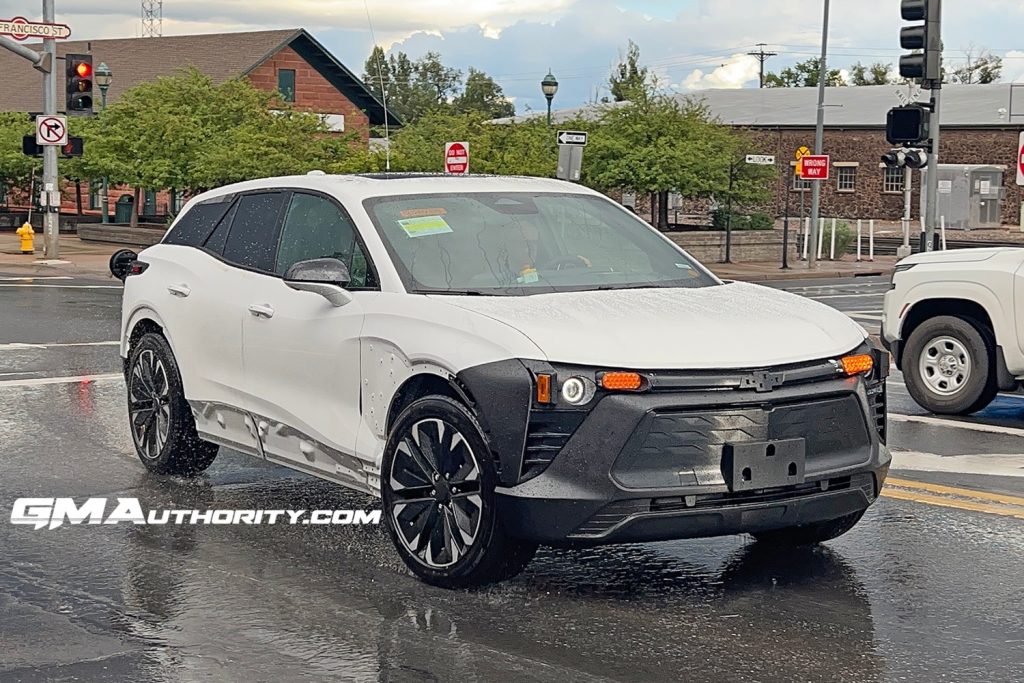 For those readers who may be unaware, the 2024 Chevy Blazer EV RS trim level slots in below the range-topping SS trim level and above the mid-range 2LT trim level, offering a dash of street-ready sportiness without stepping up to the full-blown performance of the Blazer EV SS. 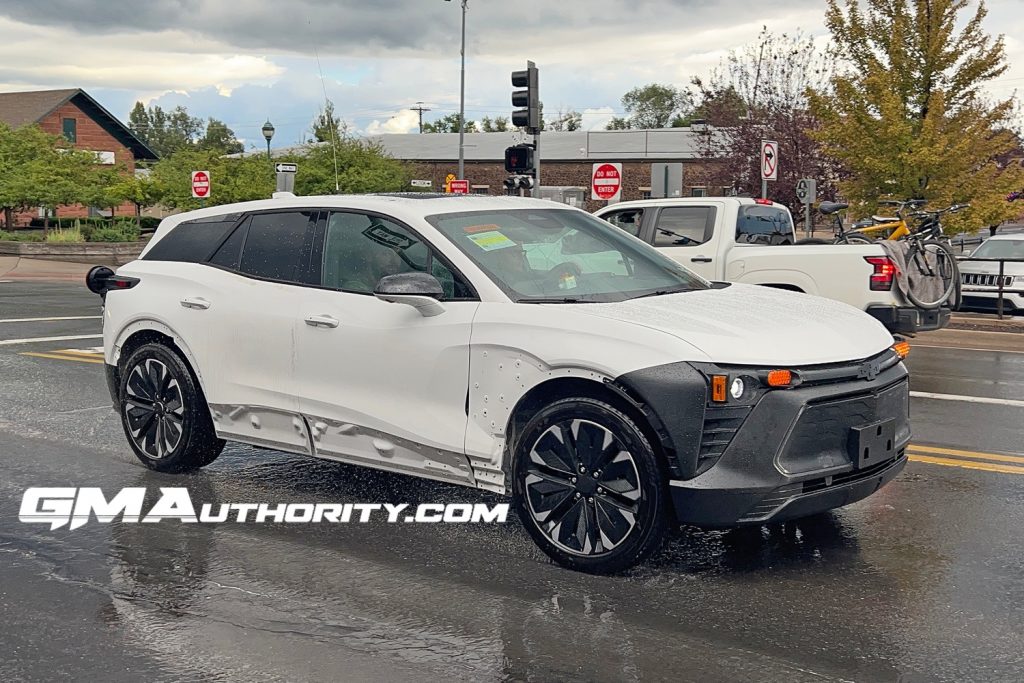 This particular example is obviously not dressed in full production spec, and instead shows an unpainted front fascia, no badging, and placeholder, non-production lighting. Also notable is the large square section that juts out from the grille, which is likely where the front license plate will be mounted. 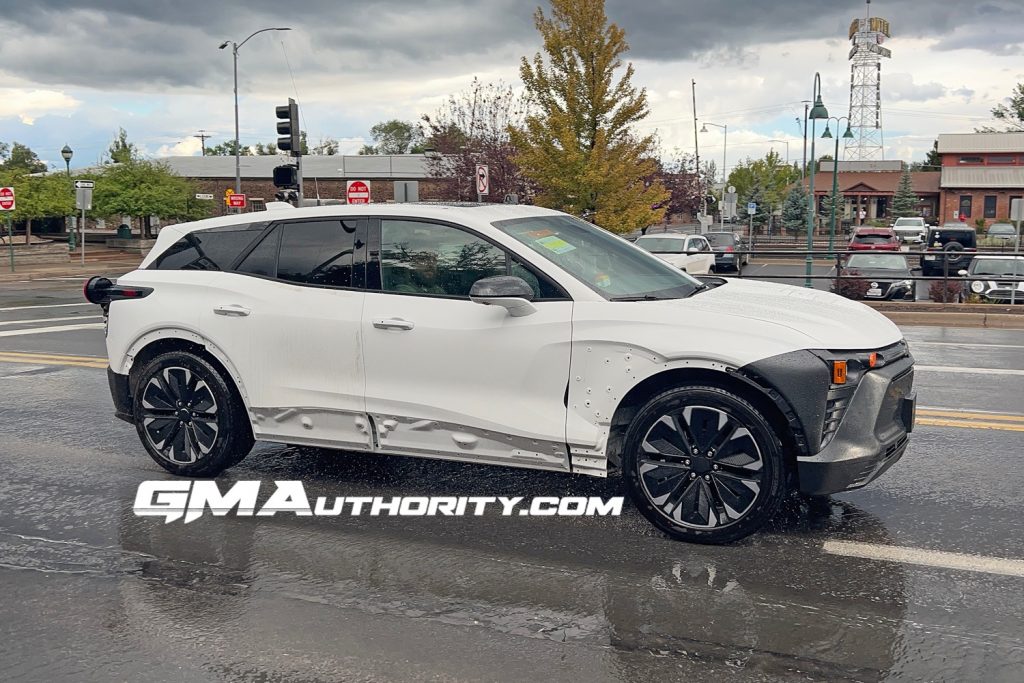 Moving around to the sides, we see this particular 2024 Chevy Blazer EV RS missing a variety of body components. With these components missing, it becomes obvious just how much body cladding the new Blazer EV can accommodate, including the front fenders, wheel arches, and side skirts. To note, the charging port is located on the driver’s side front fender. This particular example is also running the 21-inch two-tone wheels equipped as standard by RS trim levels. 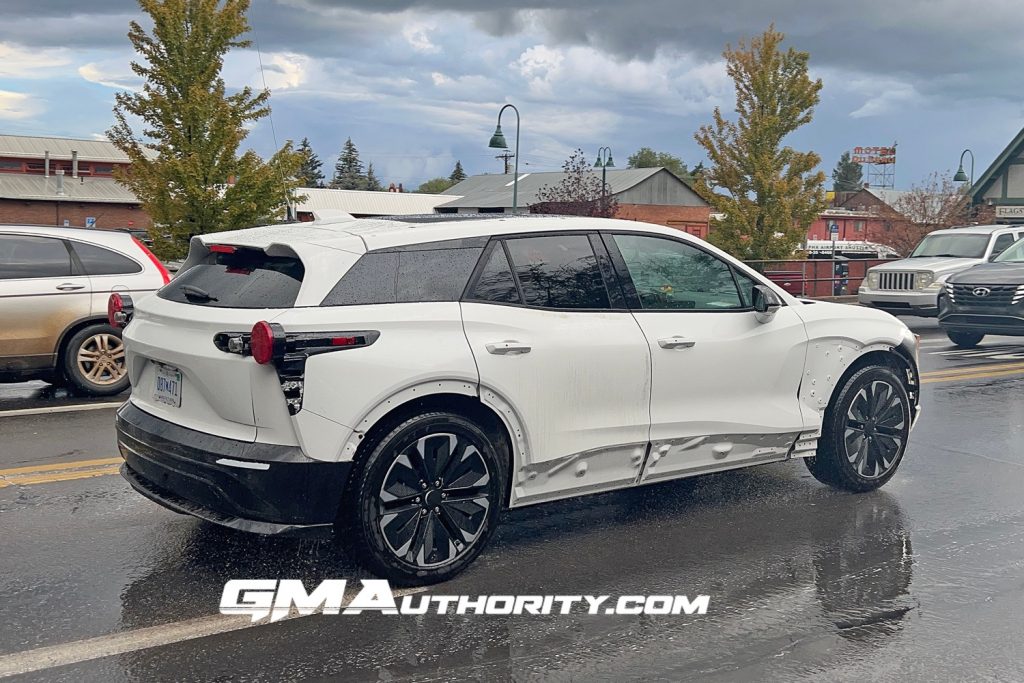 Finally, in back, we see this 2024 Chevy Blazer EV RS equipped with an unpainted rear bumper, while the taillights are also placeholder units. Also of note the swoopy-looking roof spoiler, a component also equipped by the 2024 Chevy Blazer SS.

As for the powertrain and drivetrain, the 2024 Chevy Blazer EV RS will be available with front-wheel drive, rear-wheel drive, and all-wheel drive, with varying levels of output. Pricing will start at $51,995, with availability opening up in Summer of 2023. 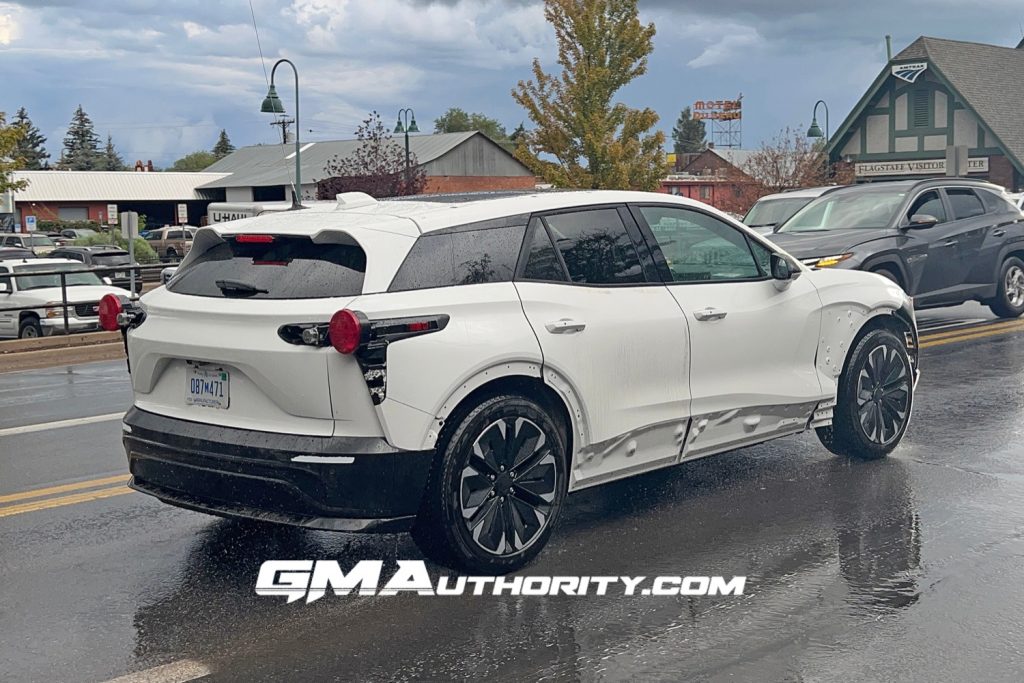