Callaway Cars, a GM licensed specialist that distributes its vehicles through the automaker’s dealership network, unveiled its supercharged C8 Corvette Stingray program during the Corvettes at Carlisle show in Pennsylvania this week.

The Connecticut-based company says its supercharged C8 Corvette Stingray was developed to commemorate the 35the anniversary of its relationship with GM. The supercharged upgrade for the mid-engine sports car includes its 2.3L twin-screw TripleCooled supercharger, which utilizes an in-house design with Eaton TVS 2300 rotors, and promises to “reliably increase the already-outstanding performance,” of the C8 Corvette Stingray. Callaway strayed from offering a power estimate in its press release, however this same supercharger system was capable of producing up to 627 horsepower when bolted to the top of the 6.2L LT1 V8 in the C7 Corvette Stingray. 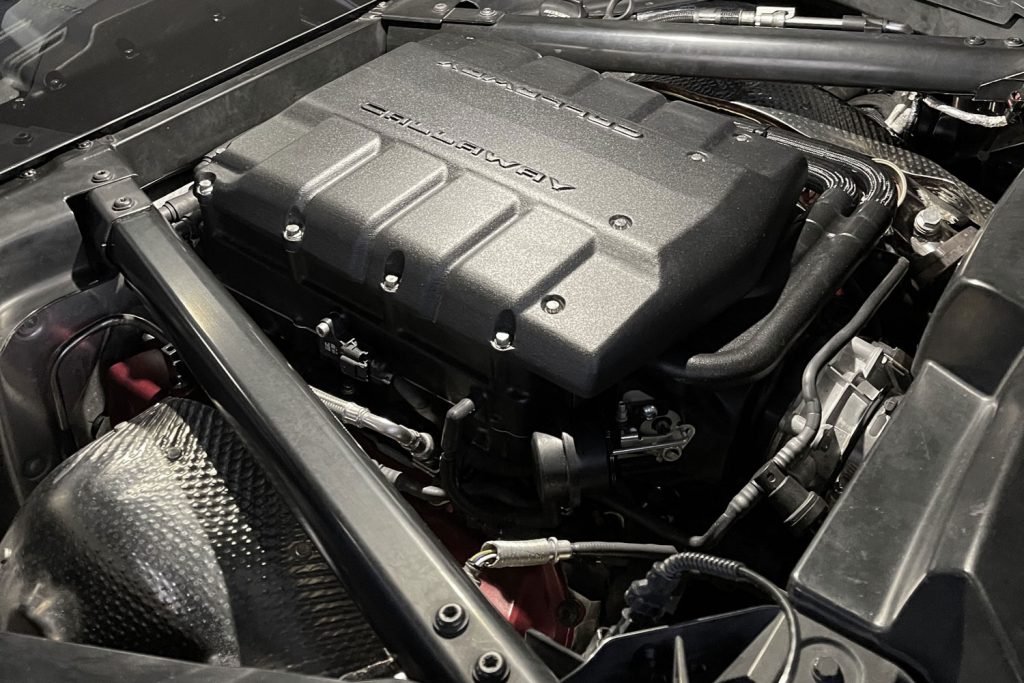 Callaway says its supercharged C8 Corvette Stingray is currently undergoing final engineering, emissions compliance testing and performance validation, with production set to commence in early 2023. Customers can get in line by placing a $1,000 deposit through Callaway’s Connecticut or California bases. As usual with Callaway, this supercharged Corvette will be sold through its network of licensed Chevrolet dealers, and vehicles with the package will be serviced at GM dealerships. The car is backed by a three-year/36,000-mile powertrain warranty, which supplements the vehicles’ GM factory warranties. The company also offers an optional five-year/60,000-mile service contract. 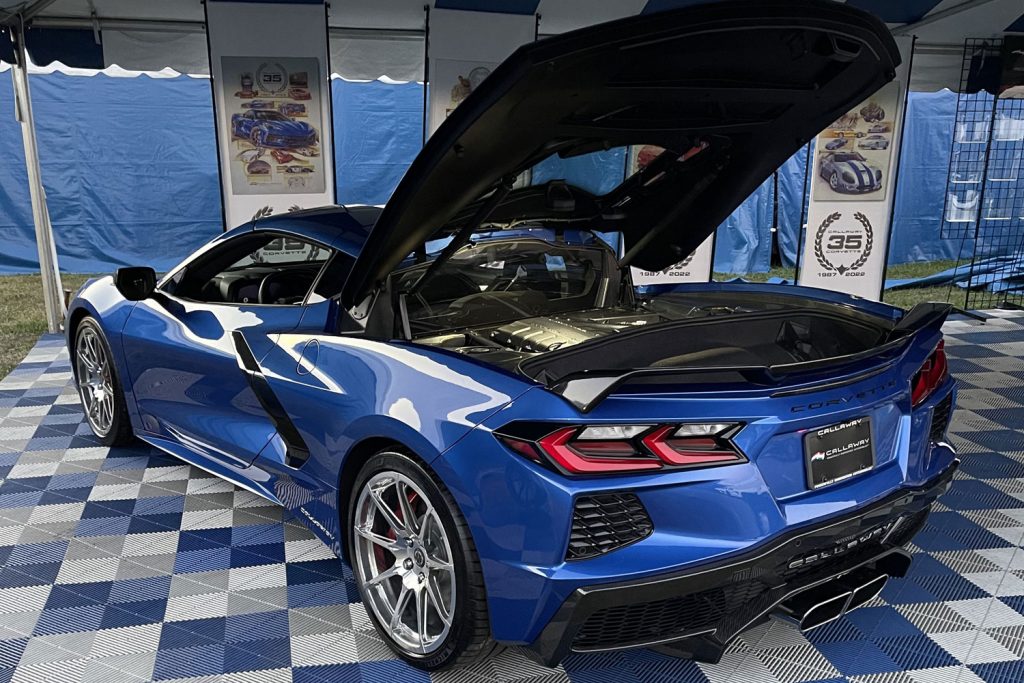 Callaway will announce performance statistics, official pricing and available options, which may include wheel and exhaust upgrades, once testing and validation of the system are completed later this year. The company’s supercharged Corvette arrives on the heels of its ‘B2K’ 35th Anniversary Package for the vehicle, which debuted in the spring and includes a full carbon aero kit, exterior badging, floor mats, and other cosmetic upgrades.