The J.D. Power Tech Experience Index Study ranks auto brands based on how effectively they implement new vehicle technologies, and how reliable these systems prove to be over time. For this year’s edition of the study, J.D. Power surveyed 84,165 owners of new 2022 model-year vehicles after 90 days of ownership, asking them to report how many problems they’ve experienced with so-called “advanced technologies,” in their car, crossover, truck or SUV. It used this data to assign a ‘PP100’ score to each brand, which is based on the number of problems reported by owners for every 100 new vehicles the brand has on U.S. roads. It also awarded each brand an ‘Innovation Ranking’ based on a 1,000-point scale. 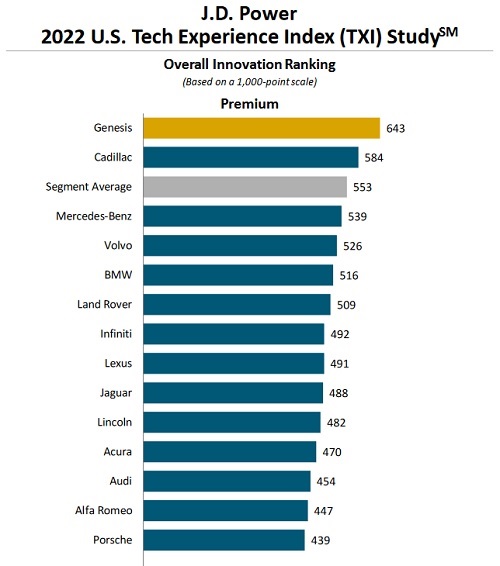 Cadillac’s Innovation Ranking score of 584 placed the brand second among luxury brands, behind only Genesis. Mercedes-Benz was third with a score of 539, while Volvo and BMW completed the top five. Porsche was dead last among luxury brands, surprisingly, earning itself a lowly score of 439. This placed the German marque lower than many mass-market automakers with regards to tech implementation, including Alfa Romeo, Mitsubishi and Nissan.

EV-based technologies are among the top five most desired technologies in America, according to J.D. Power. Cadillac did not have a battery-electric vehicle on offer for 2022, but will have the chance to improve its performance in this study for 2023 thanks to the introduction of the Cadillac Lyriq. Existing Cadillac tech that likely helped it perform well in this study includes Super Cruise, the MyCadillac smartphone app with the “phone as a key” feature, and its various connected features, among more. 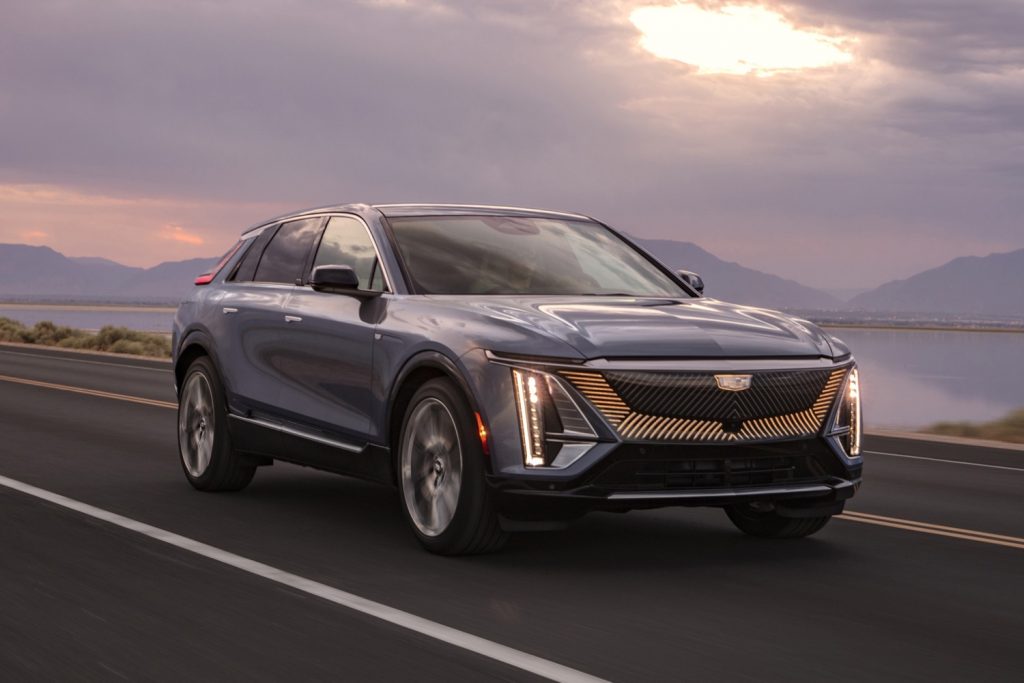 A bevy of new Cadillac EVs with impressive tech will hit the market in the coming years – the most impressive of which will surely be the $300,000+ Cadillac Celestiq. However, the luxury automaker’s rivals will also be introducing new EVs in the near future, so it will be interesting to see how consumers react to these vehicles in industry studies such as these.