Some custom Chevy fans simply can’t get enough of that Bow Tie brand goodness. For folks like that, this slammed 1989 Chevy Kodiak C70 could be just the ticket, with a blown 1957 Chevy Bel Air dragster sitting in back of the bespoke medium-duty truck. 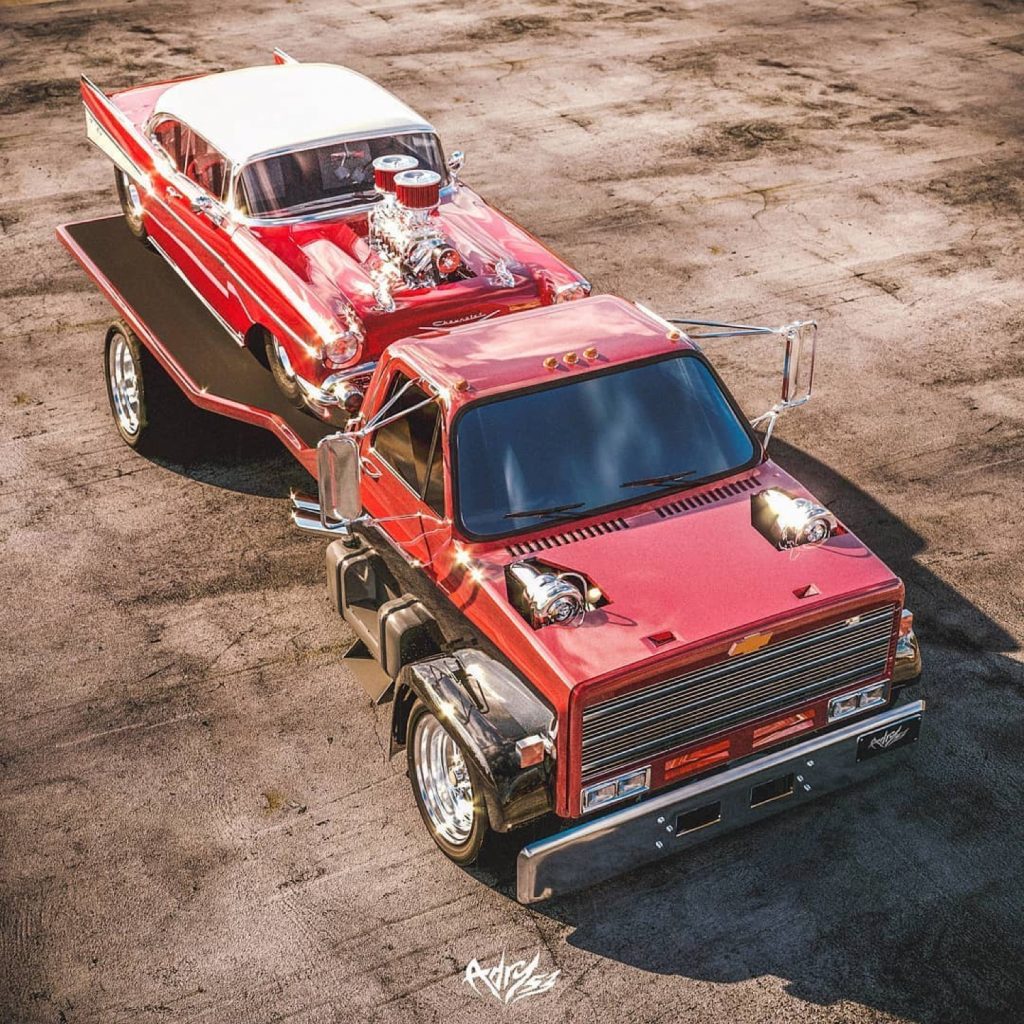 Coming to us from automotive artist Timothy Adry Emmanuel (@adry53customs), this rendering is not your typical slammed street car. Rather, the artist went all in on customizing the Chevy Kodiak medium-truck to make it true show-stopper.

First things first, we gotta talk about that stance. In the spirit of a show car, this Chevy Kodiak is practically sitting on the ground, with the body hovering inches over the pavement and the front fenders tucking the front wheels and tires in nicely. Speaking of the wheels, this Chevy Kodiak is now rolling on classic five-spoke chrome rollers that look like they were plucked from the fenders of a muscle car, then supersized. The rear tires are particularly eye-widening, with a rolling-pin-shaped tread that fits the theme well. 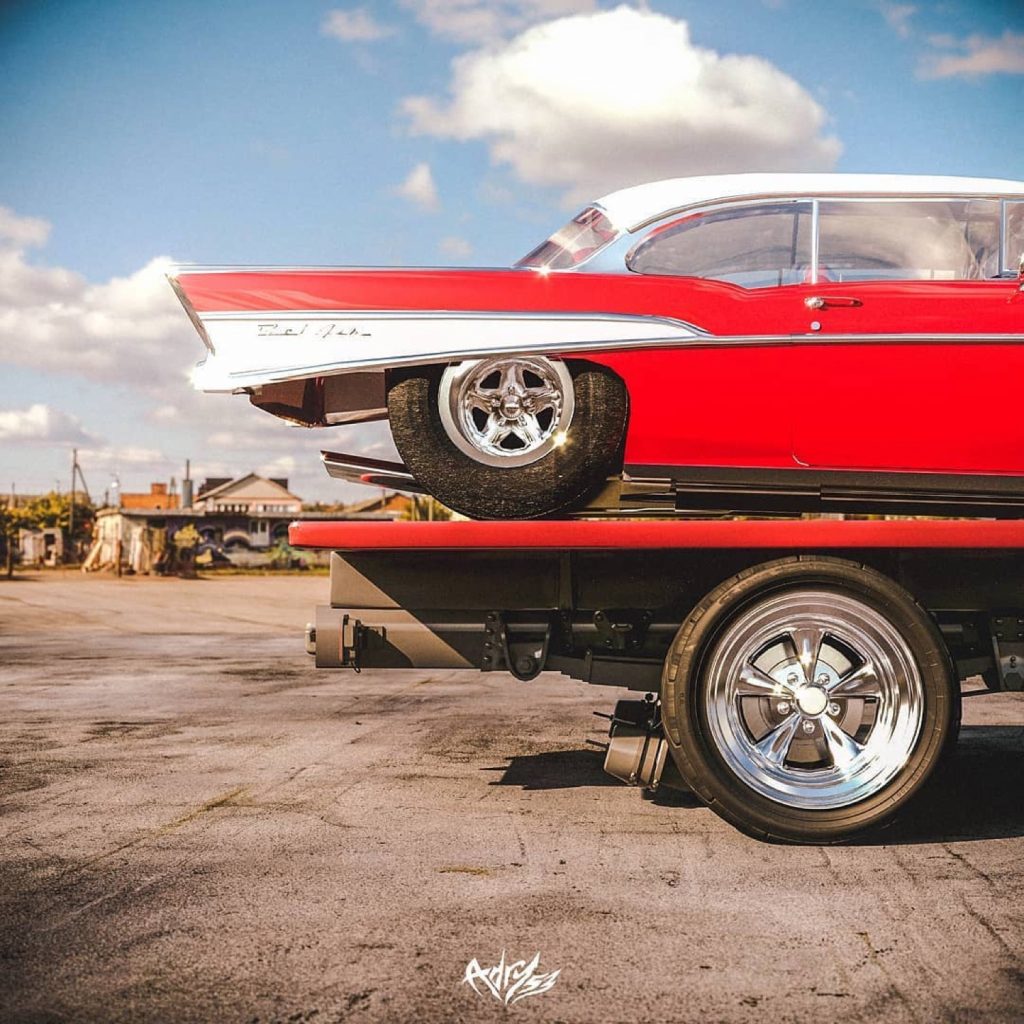 The front end sports a blocky horizontally oriented grille section, while a pair of monster turbos are seen peeking out the corners of the hood. The cab and body components are slathered in bright red paint, which is complemented by black trim bits and plenty of polished chrome too. 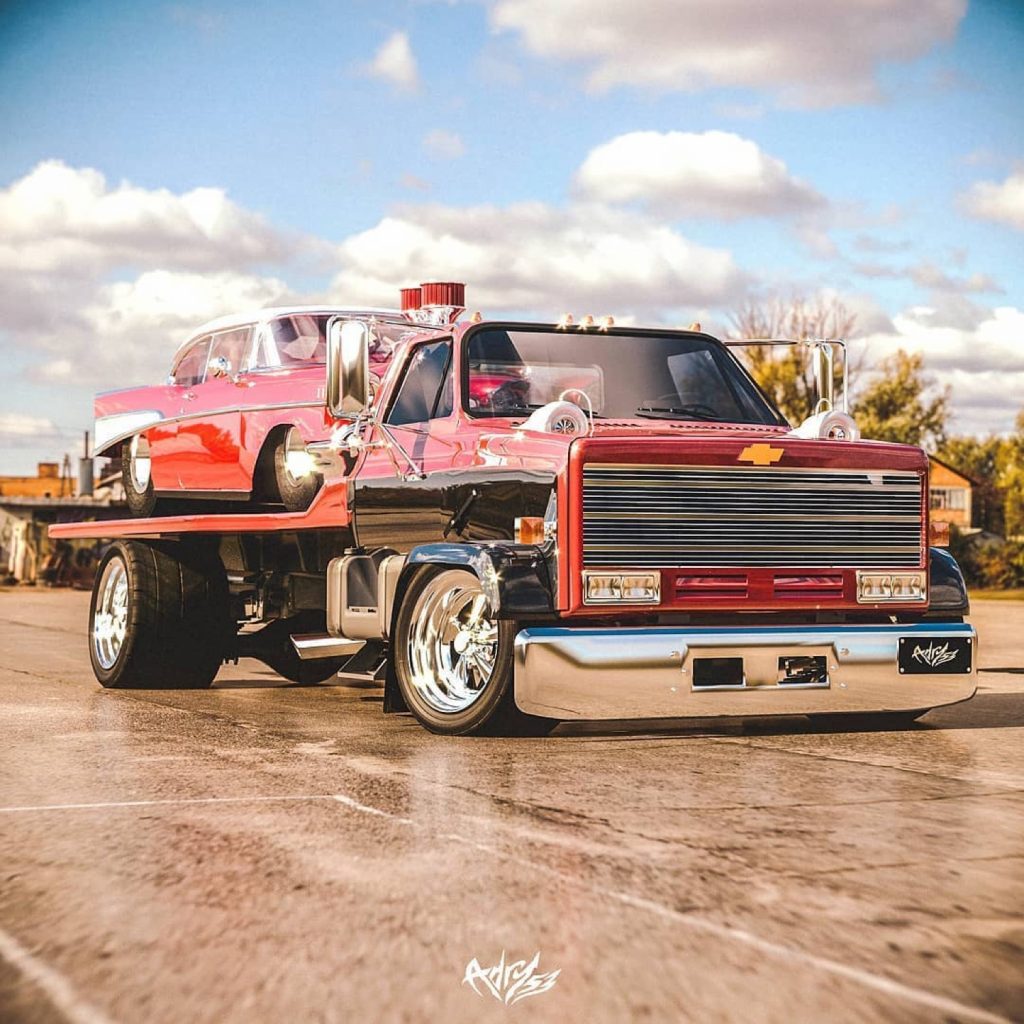 As if the custom 1989 Chevy Kodiak wasn’t enough, the artist saw fit to give us a one-two punch by plopping a 1957 Chevy Bel Air dragster in back. The Bel Air is equally as menacing, with an enormous supercharger sticking up out of its hood and some extra-wide drag tires in the rear.

Check out the full series of renderings right here:

Funny enough, this isn’t the first time we’ve seen a Chevy flatbed get the full custom treatment. As some readers may recall, GM Authority previously featured the 1968 Chevy C50 Crew Cab known as the Nighttrain, as built by CTP Concepts and shown at SEMA 2019. Check out that feature for more information, and make sure to subscribe to GM Authority for more Chevy Kodiak news, Chevy Bel Air news, Chevy news, and around-the-clock GM news coverage.