William Worden-Penczak, the grandson of NASA command module pilot Al Worden, has partnered with a popular space collectibles company to restore the 1971 Corvette that was leased to his grandfather as part of a deal with General Motors.

The Apollo 15 AstroVettes were finished in red, white and blue, with each feature matching, contrasting stripes to complete the American flag motif. The white car went to Al Worden, while red and blue cars were leased to his crewmates Jim Irwin and Dave Scott, respectively. Just like the cars that were lent to the Apollo 12 crew, the leases on the Apollo 15 Corvettes expired after just one year, at which point they were returned to the automaker in Michigan and eventually resold to new owners.

Worden-Penczak and Max Kaiserman, the founder of a collectibles company called Luna Replicas, purchased Worden’s Vette after it was rediscovered by a collector, according to space enthusiast blog Collect Space. They’ve now embarked on ‘Project AstroVette Endeavor’, as Luna Replicas calls it, which will see the pair restore the vehicle to its original condition and, ideally, display it for the 53rd anniversary of the Apollo 15 mission in about two years’ time. The vehicle will be restored to NCRS standards, with the work expected to cost around $200,000 all said and done. 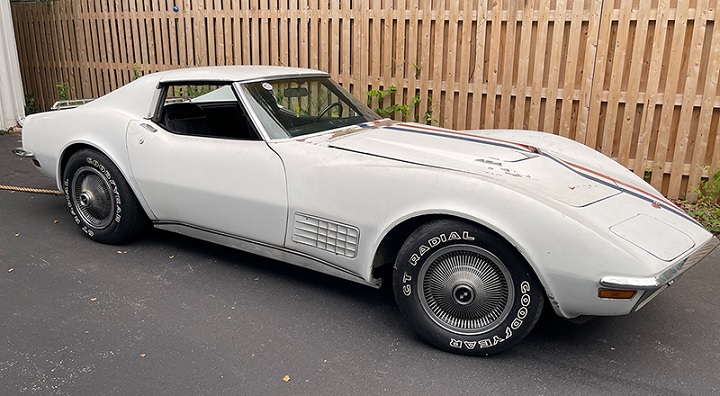 Al Worden was not able to see his old Corvette before he passed away in 2020, however Worden-Penczak and Luna Replicas, which also produces a replica of the late astronaut’s flight jacket, hope displaying the car and bringing it to various events will inspire young students to enter the STEM field – a cause that the NASA astronaut was passionate about.