The 2024 Cadillac XT4 is set to introduce a full model refresh for the luxury crossover, with a revised exterior design, a new interior, and the latest tech goodies. Now, we’re taking a closer look at the redesigned 2024 Cadillac XT4 interior. 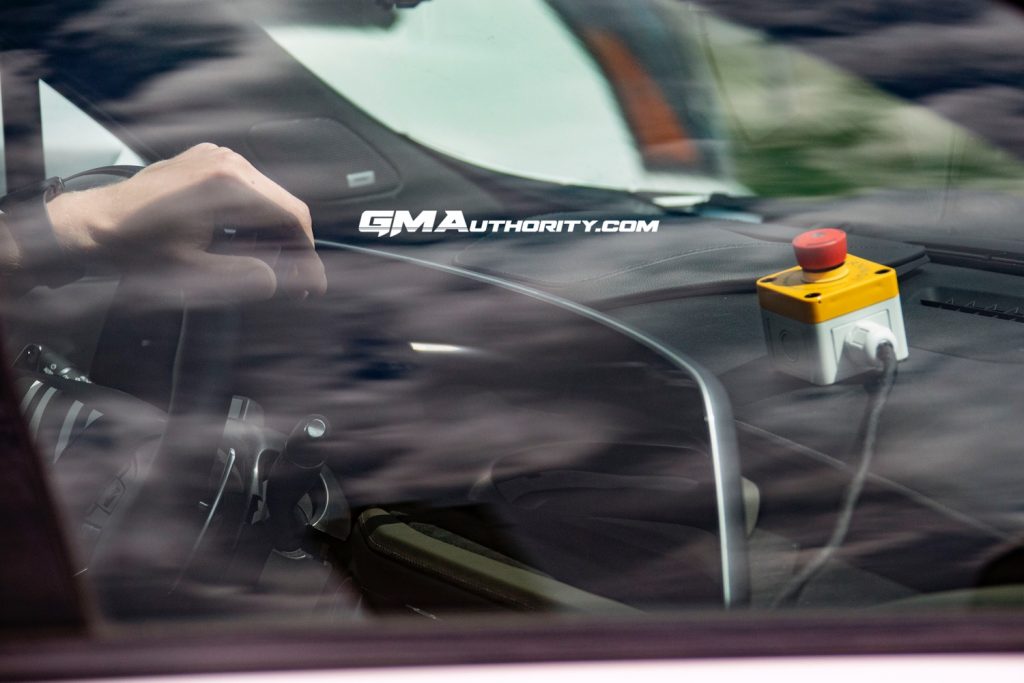 First and foremost, the refreshed 2024 Cadillac XT4 appears to introduce a new curved panel housing that stretches across the dash, incorporating the driver instrument cluster and infotainment touchscreen. We also see a new head-up display housing that looks bulkier than before, while the steering wheel design was also revised and includes larger chrome accenting on the lower spoke. 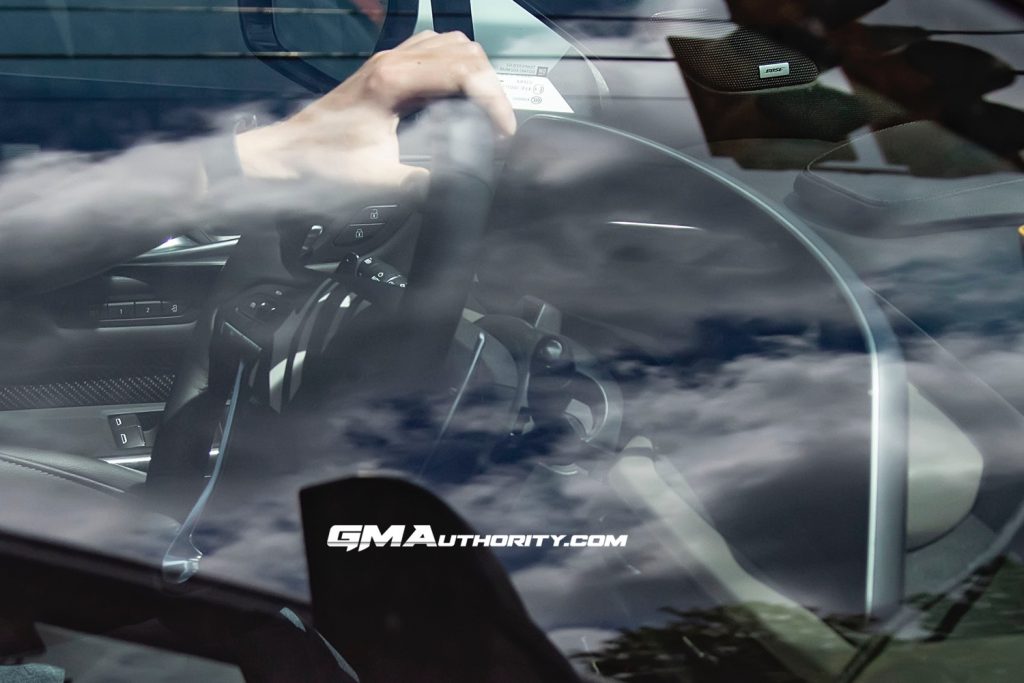 Also of note are the magnesium wheel-mounted shift paddles, which replace the smaller black paddles offered with previous model years. The center stack air vents are now relocated lower than before, taking up a position below the infotainment screen. The back of the curved panel also appears to incorporate the Cadillac logo, although it’s difficult to make out in these photos. 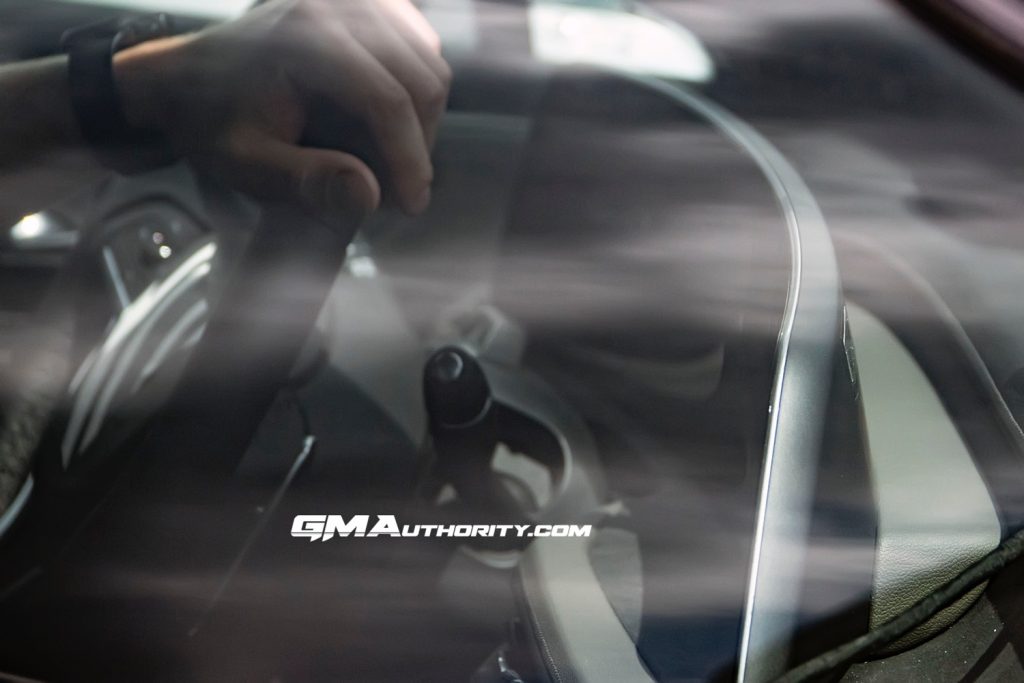 In terms of tech, the 2024 Cadillac XT4 will offer the GM Super Cruise system, as indicated by the steering wheel and the driver-facing camera behind it. We also see one of the prototypes equipped with a metallic speaker grille on the inside of the A-pillar, which could indicate either a design change, or an entirely new sound system upgrade. 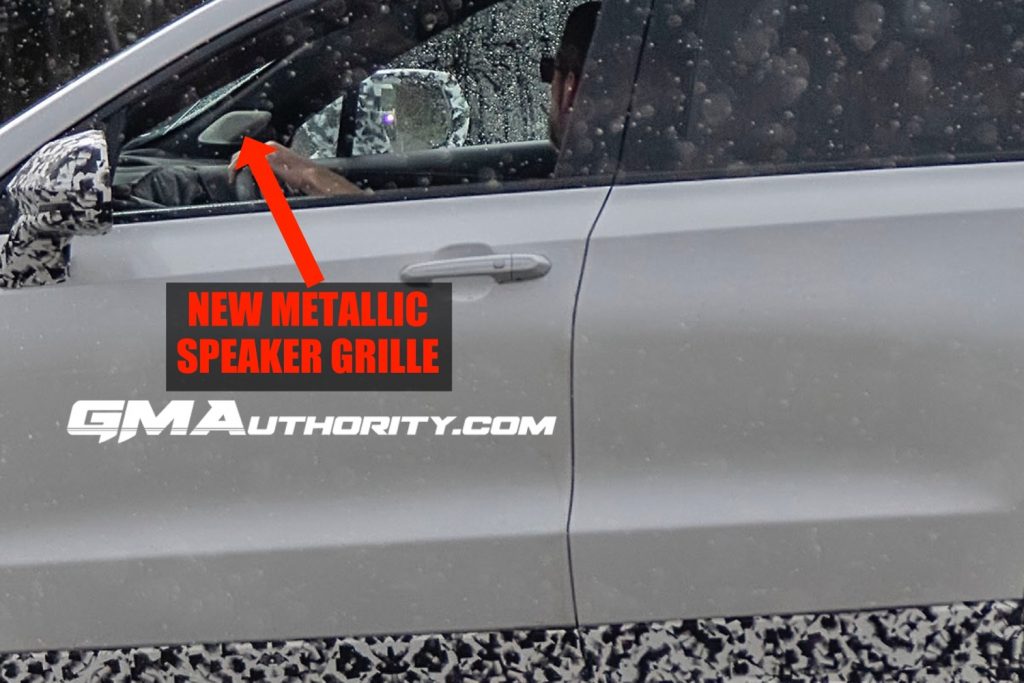 For reference, the current Cadillac XT4 is equipped with an unbranded seven-speaker system (RPO code UQG) as standard, and offers the Bose Centerpoint Surround Sound System with 13 speakers (RPO code UQS) as optional for all trim levels. The metallic speaker grille seen on the refreshed 2024 Cadillac XT4 prototype above may indicate the presence of a Bose Performance Series sound system, which is currently offered for the Cadillac XT5 and Cadillac XT6 and features a similar metallic speaker grille. Alternatively, this grille could indicate a new sound system from an entirely different brand, although it’s unlikely. 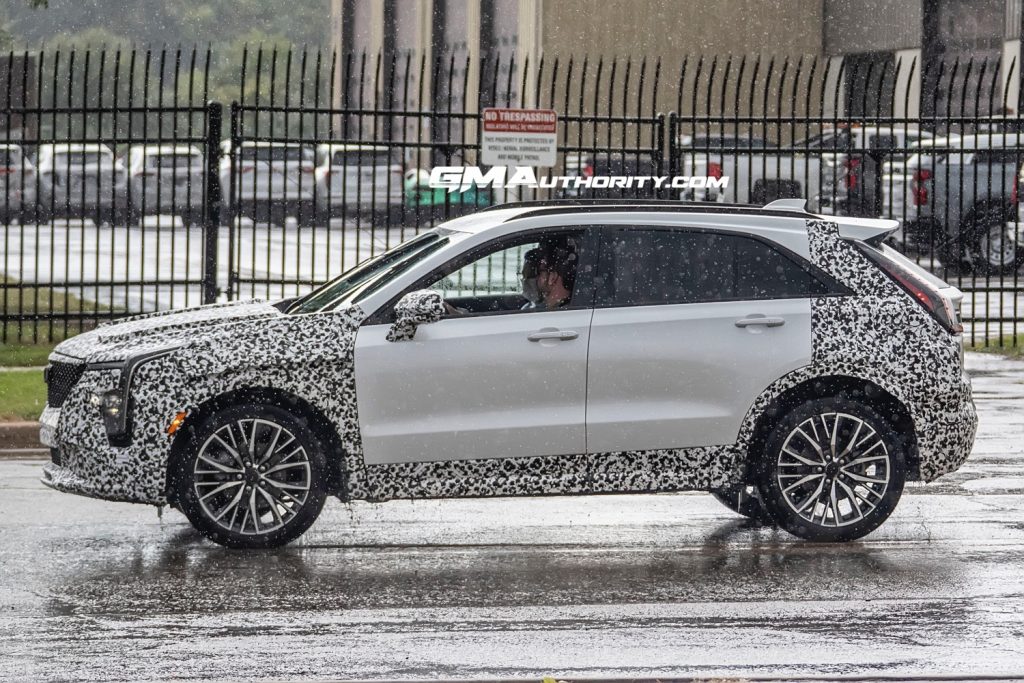 The Cadillac XT4 was previously set to receive a model refresh for the 2022 model year, but due to complications stemming from the COVID-19 pandemic, the refresh was subsequently delayed.

Under the hood, the refreshed 2024 Cadillac XT4 is expected to carry over the same turbocharged 2.0L I4 LSY gasoline engine as the current model, with output rated at 235 horsepower at 5,000 rpm and 258 pound-feet of torque at 1,500 rpm. Production will take place at the GM Fairfax Assembly plant in Kansas City.