In March, GM Authority sources revealed the automaker had plans to expand its growing AT4 portfolio with the introduction of a new GMC Sierra HD AT4X model. Now our sharp-eyed spies have captured photos of a prototype for this future off-road truck testing on public roads in Michigan, giving us a better idea of what to expect from the future Sierra HD model variant. 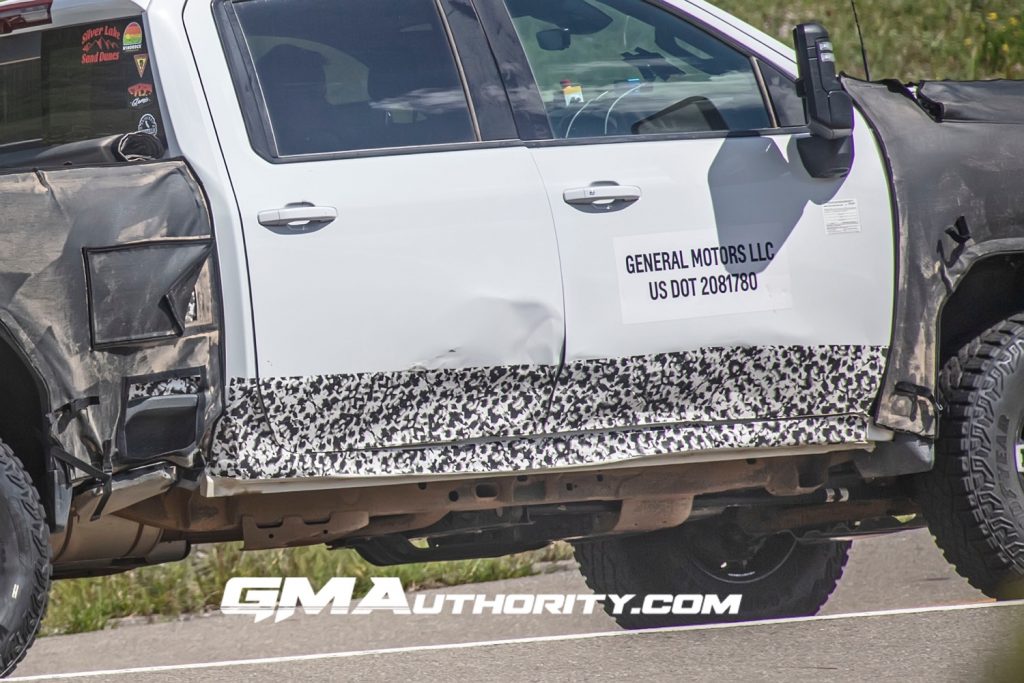 This isn’t the first time we’ve spied a GMC Sierra HD AT4X prototype, with our photographers also catching a prototype for this upcoming model testing back in March. Our latest gallery provides a much better look at the truck, however, including a revealing view of its underbody. This angle allows us to see the AT4X’s underbody skid plates, as well as its unique suspension and shock setup. Notably, the Multimatic DSSV dampers that GM uses in the 2023 GMC Canyon AT4X do not appear to be present on this prototype. This backs up intel that GM is experimenting with a variety of different damper setups on the truck, with the production model potentially set to ditch the DSSV shocks in favor of an alternative product. 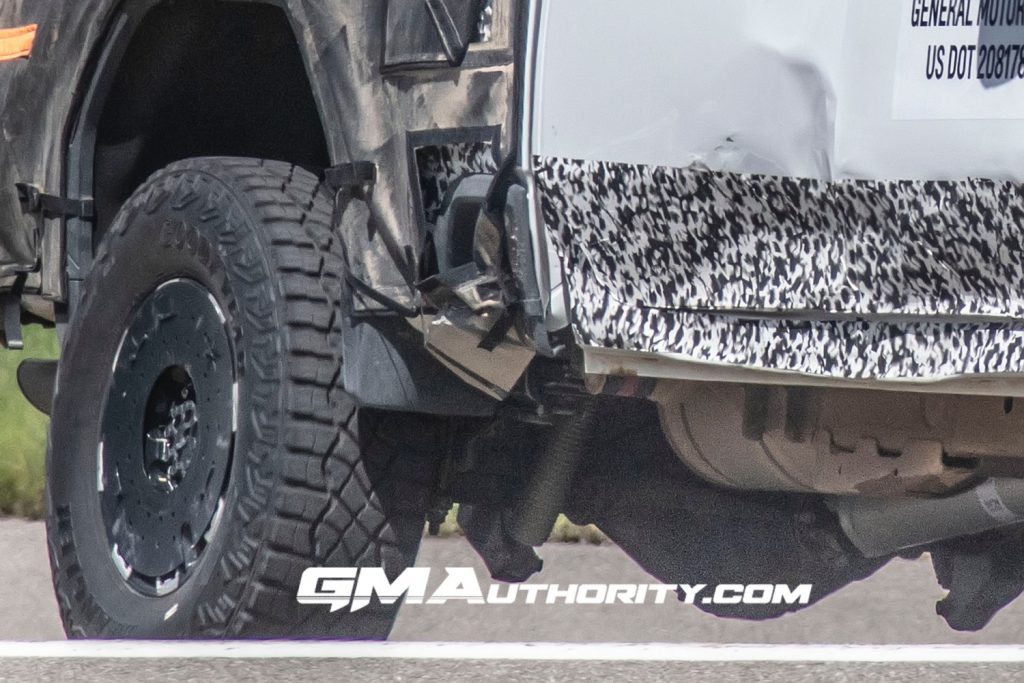 Other noteworthy aspects of this truck include its slim, high-clearance front bumper, Goodyear Territory MT tires and raised ride height. Damage to the rocker panels, rear door and the area near the truck’s integrated bed step are signs that GM engineers have taken this prototype rock crawling and off-roading, further evidence that what we’re looking at really is a Sierra HD AT4X development vehicle. This truck also features stickers on its rear window from various off-road trails in the U.S., including the Silver Lake Sand Dunes in Michigan. 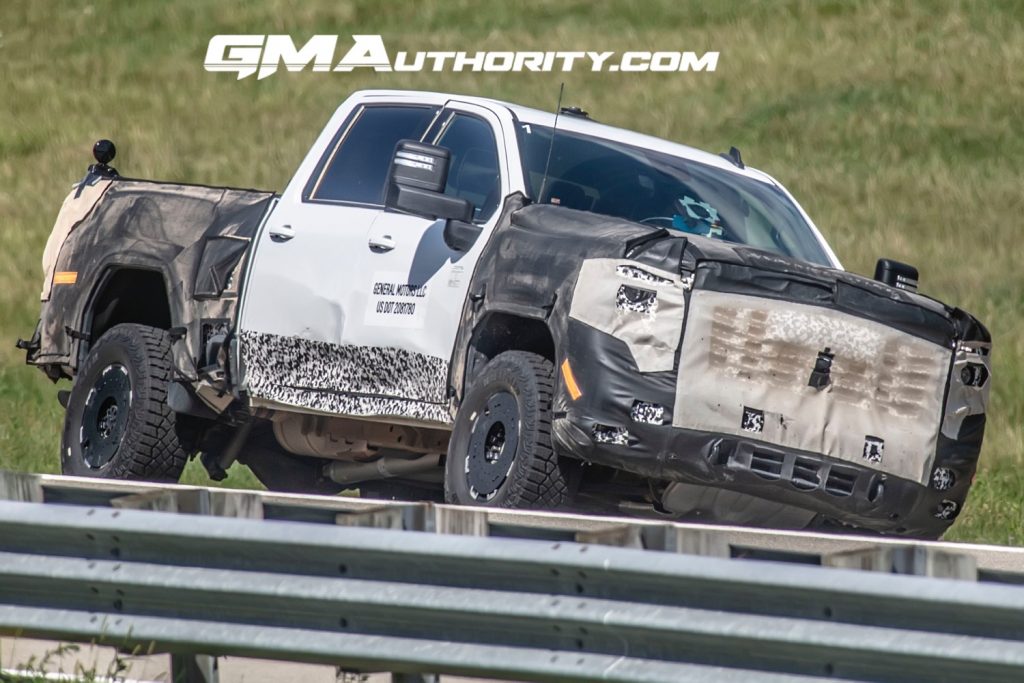 The refreshed GMC Sierra HD was intended to be introduced for the 2023 model year, however various delays stemming from the COVID-19 pandemic forced GM to push it to 2024. In addition to revised exterior styling, an overhauled cabin and the addition of an AT4X trim level, the 2024 GMC Sierra HD will also introduce updated versions of the naturally aspirated 6.6L V8 L8T gasoline engine and 6.6L V8 L5P turbodiesel Duramax, as GM Authority was the first to report. Murmurings we’ve heard indicate the Duramax may be upgraded to produce roughly 1,100 pound-feet of torque and more than 500 horsepower. 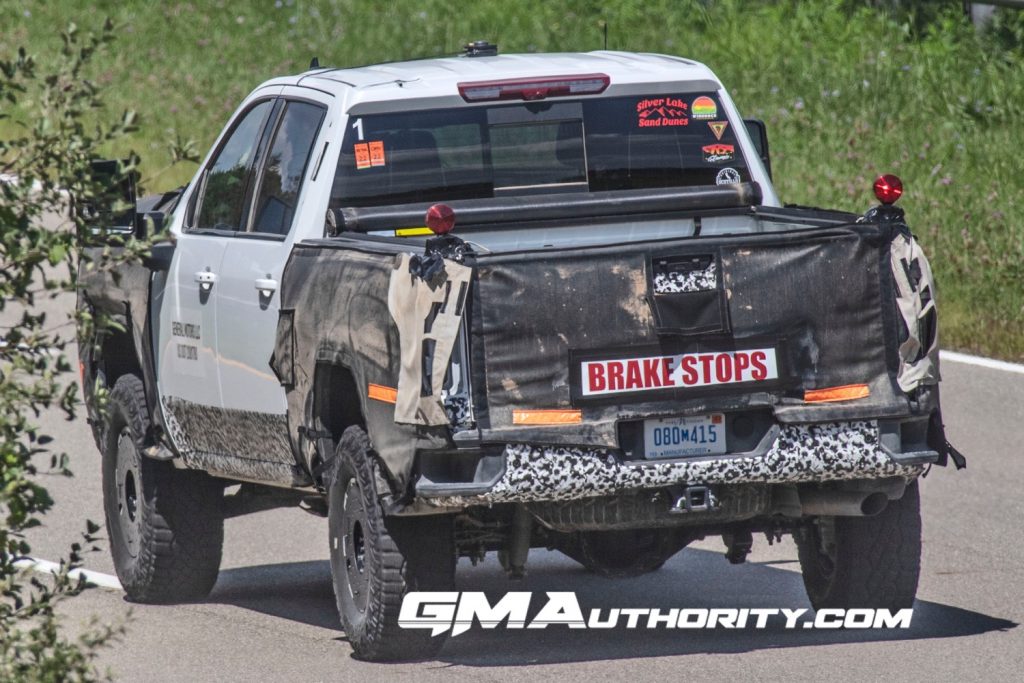 We’ll keep our ears and eyes peeled for further updates on the 2024 GMC Sierra HD AT4X. In the meantime, be sure to subscribe to GM Authority for more GMC Sierra news, GMC news, and around-the-clock GM news coverage.