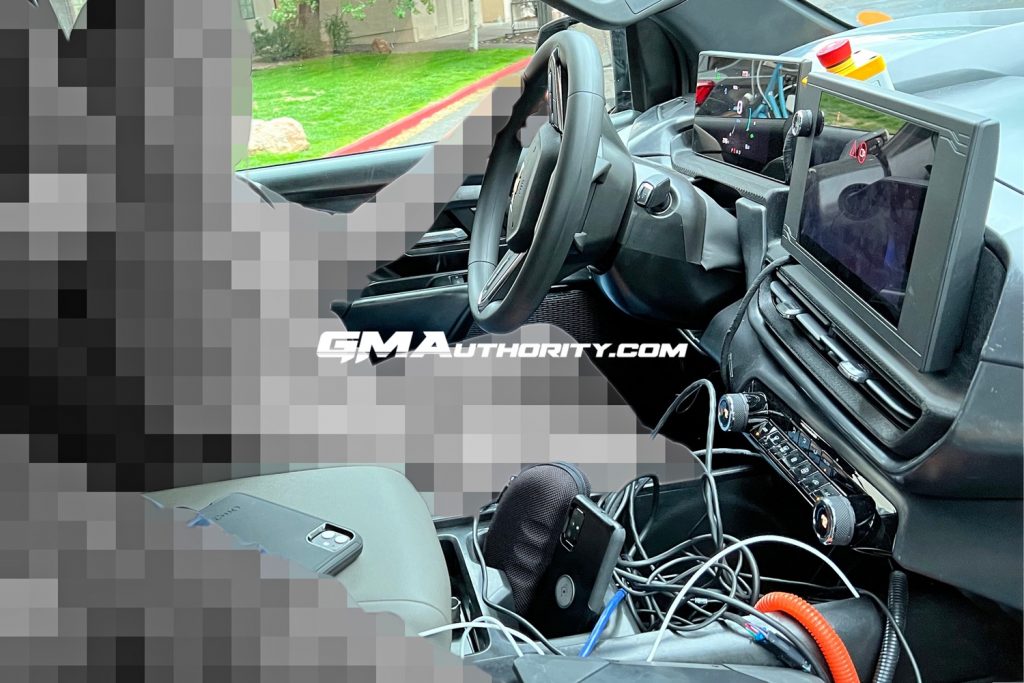 Although we’ve previously seen the 2024 Chevy Silverado EV WT cabin in GM’s official press photos, these are the first photos of the base-model all-electric pickup’s interior in the real world. As a reminder, GM has only debuted two trim levels thus far – the base-model WT (Work Truck) featured here, as well as the range-topping RST. 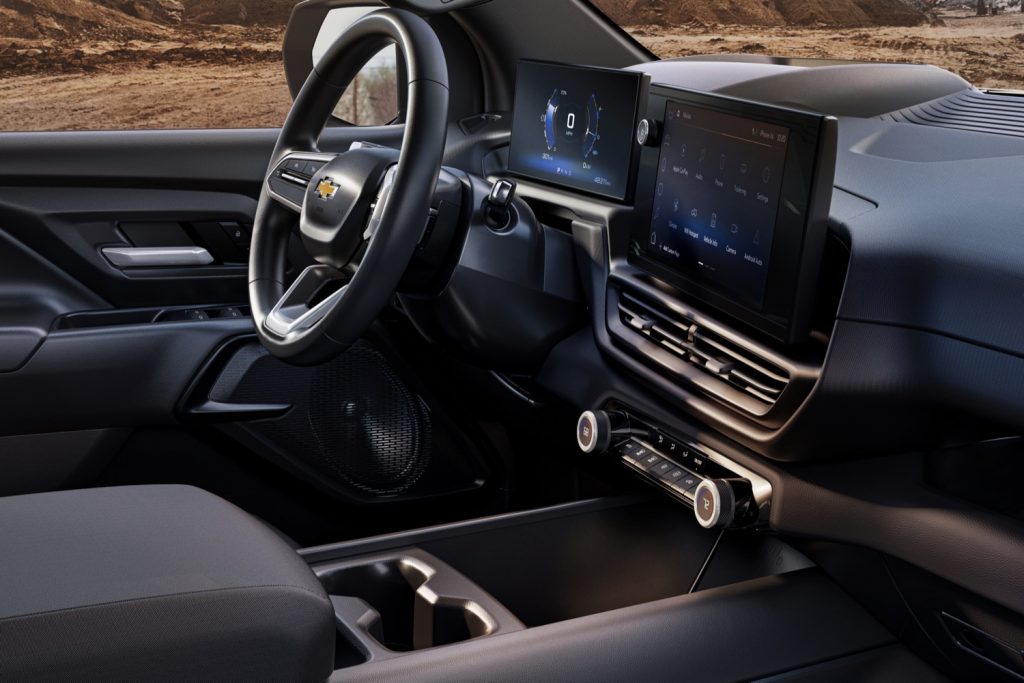 The first and most obvious feature we see in these first real world photos are the two digital screens that adorn the dash, with one screen behind the steering wheel providing information for the driver, and another screen centrally located to handle infotainment duties. The latter screen incorporates a large rounded dial along the lefthand side, while both screens utilize a stand-up, tablet-style design.

GM has yet to announce screen sizes for the WT, but for reference, the Chevy Silverado EV RST incorporates a 17-inch central screen and 11-inch driver instrument display. 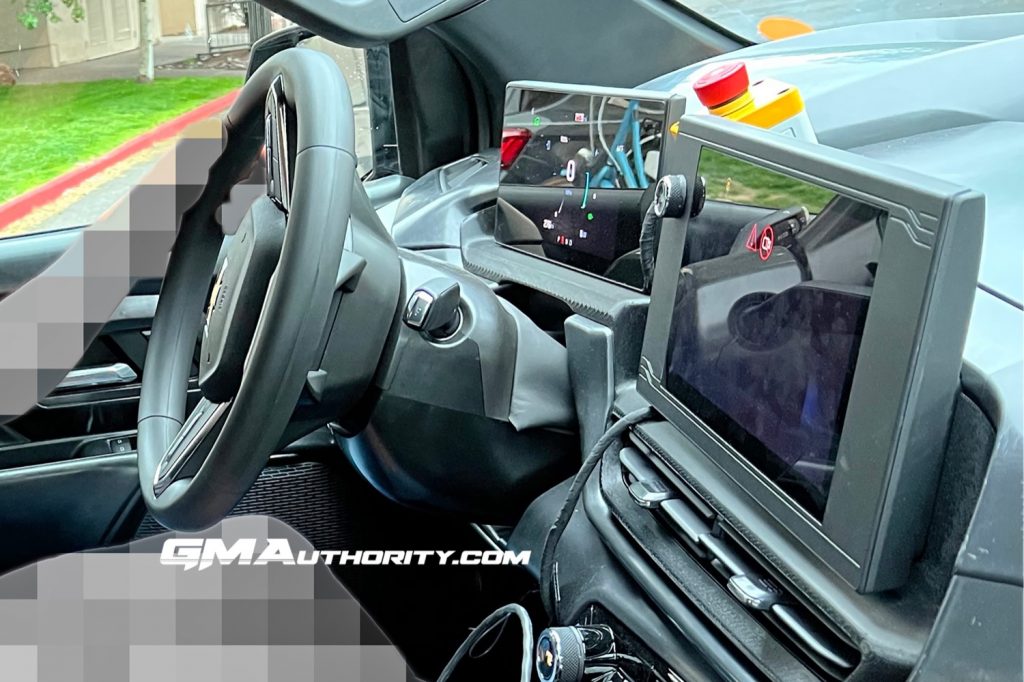 Below the central infotainment screen are horizontally oriented vents with silver trim, while below the vents we see further controls for various onboard comfort systems. The lower controls include twin dials for the air temperature, between which is a set of hard buttons for the defroster, fan, and air conditioning.

Although the central tunnel is covered in a mess of wires and cables, we still see some rather sizable storage available right below the center console. Moving rearwards, we see a pair of cupholders, followed by a padded arm rest. 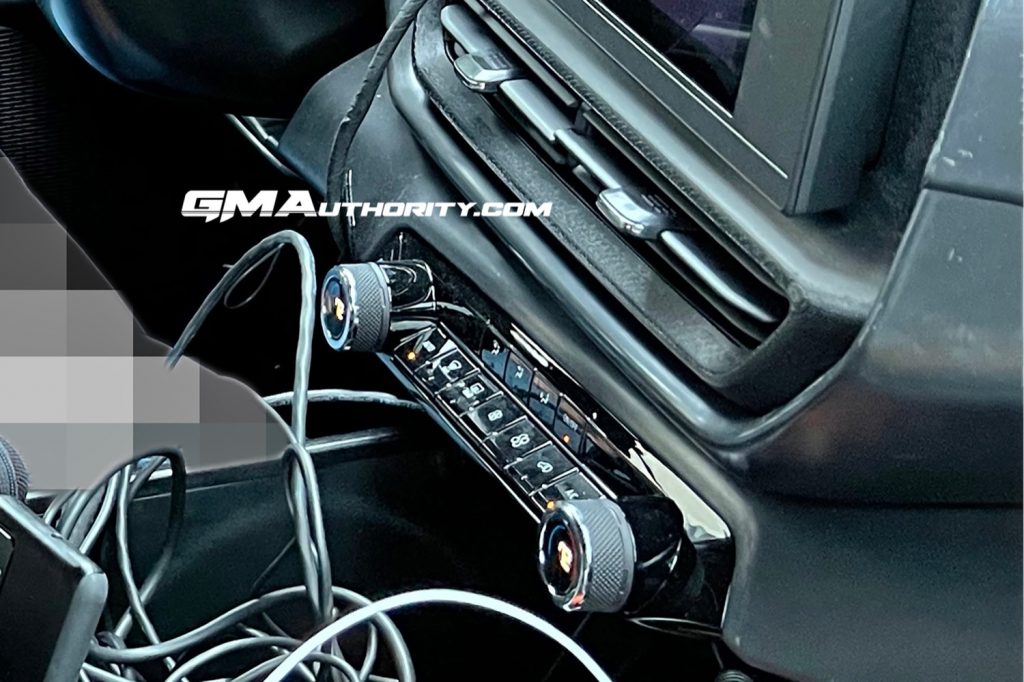