GM is developing a second generation for the Cadillac CT6 luxury sedan, with plans to release the new full-size four-door for the 2024 model year. Now, GM Authority spy photographers have caught the upcoming 2024 Cadillac CT6 testing in prototype form with production lighting elements. 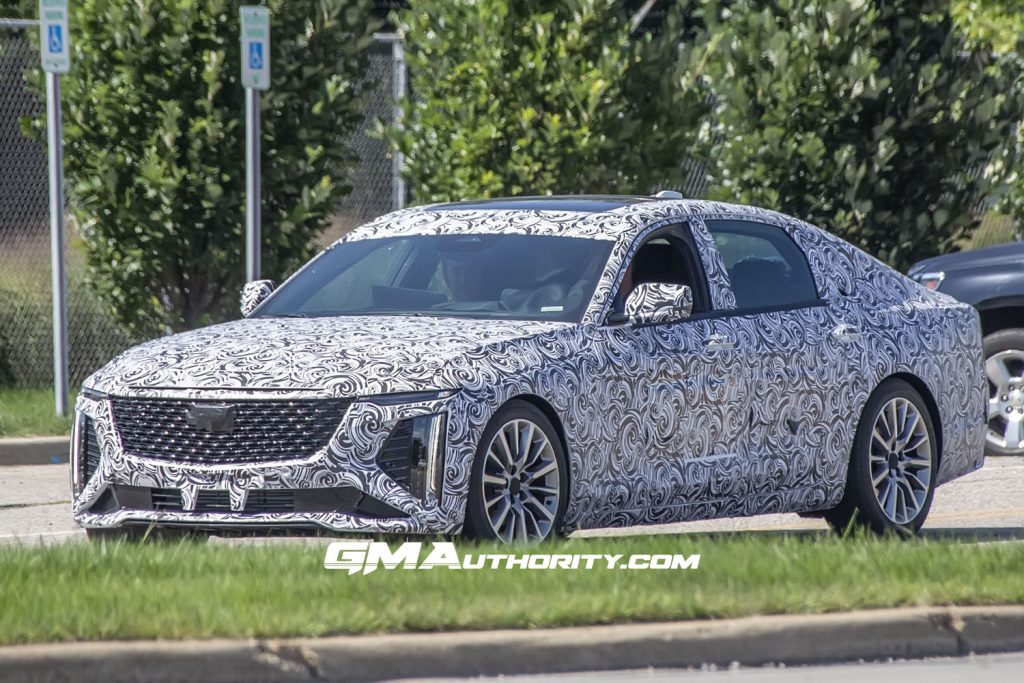 This isn’t the first time we’ve seen the upcoming 2024 Cadillac CT6 testing in prototype form – in fact, earlier this month, the sedan was spotted on public roads without the usual heavy black cladding.

The prototype featured here also drops the heavy black cladding, revealing some of the styling underneath, as well as production lighting elements, giving us an even better idea what the sedan will look like when it starts rolling off the line. 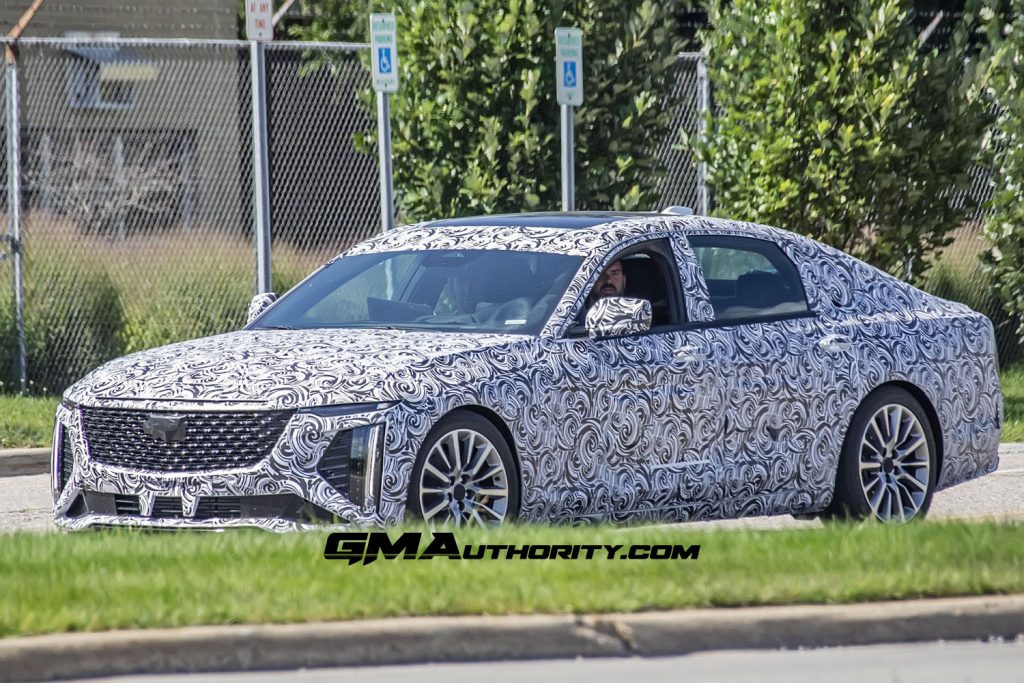 Up front, we see more of the fascia, including the new grille, lighting housings in the corners of the bumper, and the production lights themselves, the latter of which incorporate horizontal and vertical elements. Notably, the new fascia includes details that differentiate it from the current Cadillac CT4 and Cadillac CT5 sedans, while also giving a nod to Cadillac’s EV models, including the new Cadillac Lyriq, such as with the notched grille bar along the upper edge of the fascia. 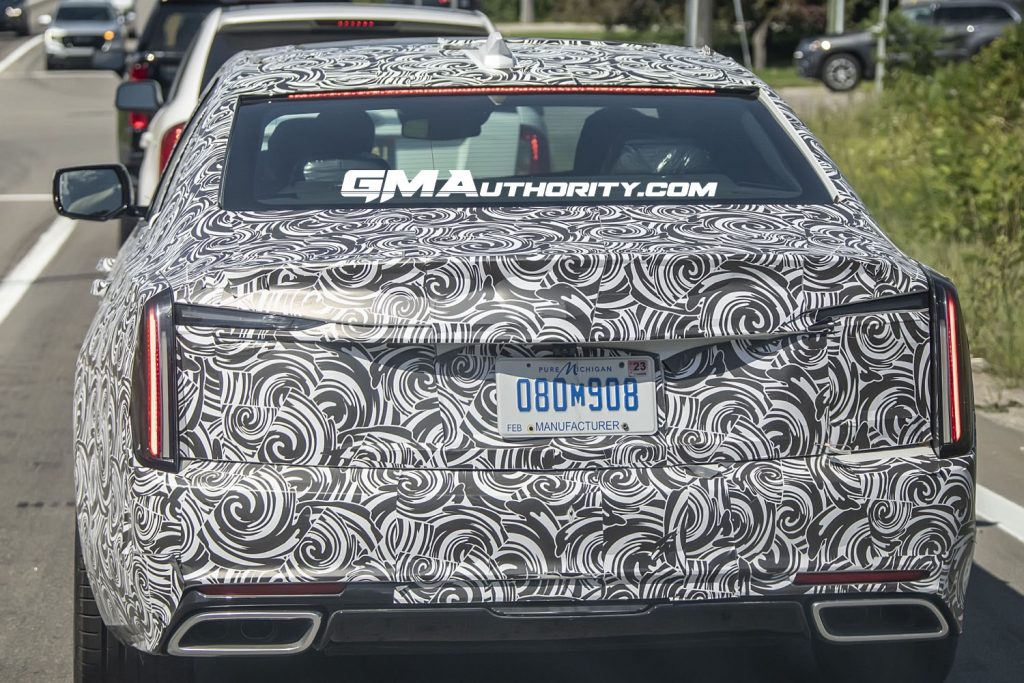 Also of note is the extremely wide Center High Mount Stop Light (CHMSL), which looks to stretch nearly straight across the upper edge of the rear glass. This 2024 Cadillac CT6 prototype also shows off production taillights that incorporate both vertical and horizontal elements.

As GM Authority reported previously, motivation will be sourced from the turbocharged 2.0L I4 LSY gasoline engine, possibly with hybridization to make it even more fuel-efficient. That said, this prototype looks as though it incorporates a quad exhaust treatment that’s obscured by silver exhaust finishers, which may indicate the development of a more performance-oriented model as well. 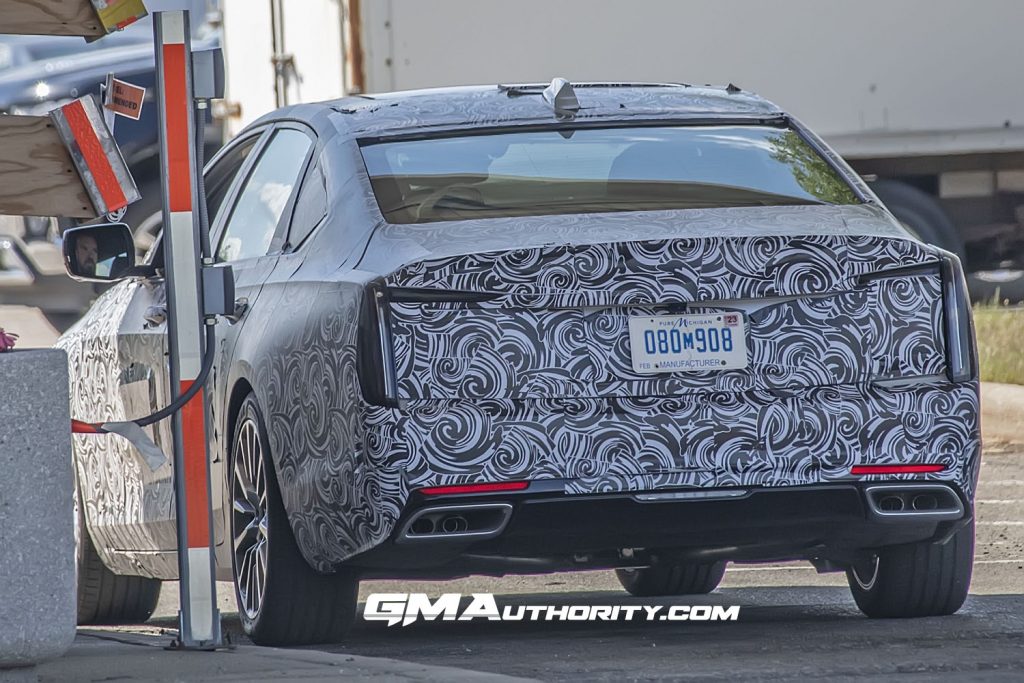 Under the skin, the 2024 Cadillac CT6 rides on the GM VSS-R platform, with a launch planned for the Chinese market. Presently, there are no known plans to bring the 2024 Cadillac CT6 to the U.S., but the platform at least leaves the option open to adapt the sedan for markets beyond China.

Finally, the 2024 Cadillac CT6 incorporates the GM Global B electrical architecture and will offer a wealth of modern tech features, including GM Super Cruise and possibly GM Ultra Cruise.