Back in February, Stellantis pulled the veil off of the new Alfa Romeo Tonale – a subcompact luxury crossover that will serve as a direct rival to the Cadillac XT4. Now the automaker has unveiled the closely related 2023 Dodge Hornet, which taps the same platform and powertrain lineup as the Tonale, but will compete in the mass-market subcompact crossover segment against the Chevy Trailblazer.

The 2023 Dodge Hornet will be offered in two trim levels from launch: GT and R/T. Under the hood of the Hornet GT will be Stellantis’ turbocharged 2.0L four-cylinder engine, which is rated at 265 horsepower and 295 pound-feet of torque. Shifting is handled by the automaker’s nine-speed automatic transmission, while standard all-wheel-drive contributes to an estimated zero to 60 mph time of 6.5 seconds.

The quicker Hornet R/T, meanwhile, will feature a turbocharged 1.3L four-cylinder engine powering the front wheels, along with a single rear-axle mounted electric motor and a 15.5 kWh lithium-ion battery pack. This plug-in hybrid setup boasts a combined maximum power output of 285 horsepower and 383 pound-feet of torque, while an additional 25 horsepower is available via the deployable ‘PowerShot’ energy boost feature. With PowerBoost enabled, the Hornet R/T will hustle from zero to 60 mph in 6.1 seconds. The PHEV powertrain can also be operated in pure electric mode for up to 25 miles and features a dedicated e-save mode for charging the battery. 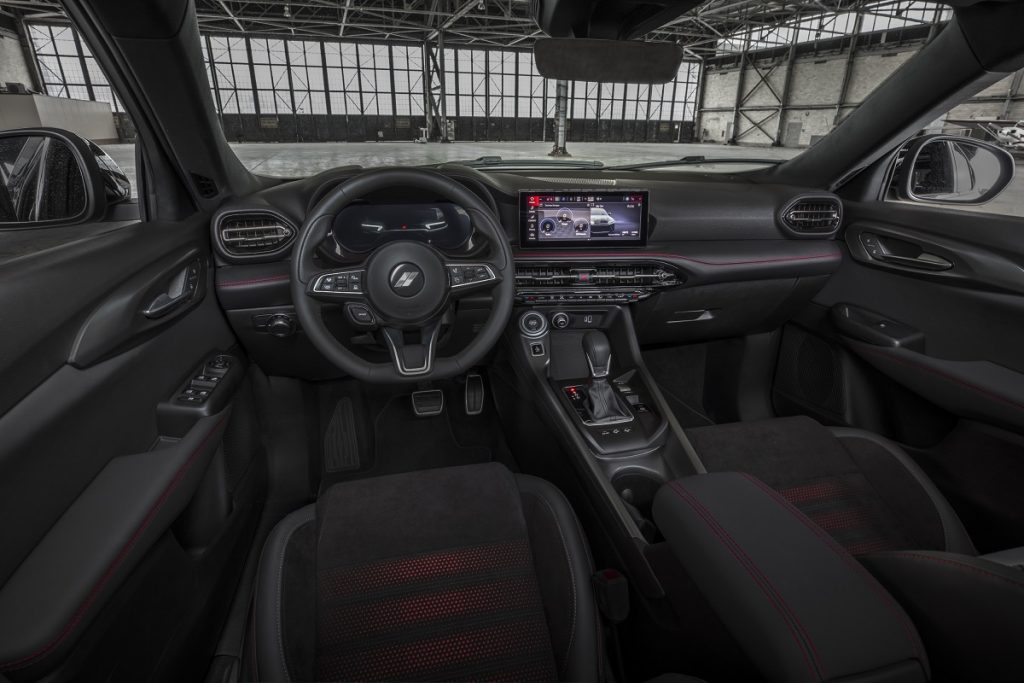 Pricing for the 2023 Dodge Hornet GT is expected to start at around $29,000 when the crossover beings arriving at Dodge dealers this winter. The electrified Hornet R/T, meanhwile, will hit U.S. dealers next spring. Both trim levels will be produced alongside the Alfa Romeo Tonale at Stellantis’ Giambattista Vico Stellantis plant in Naples, Italy.