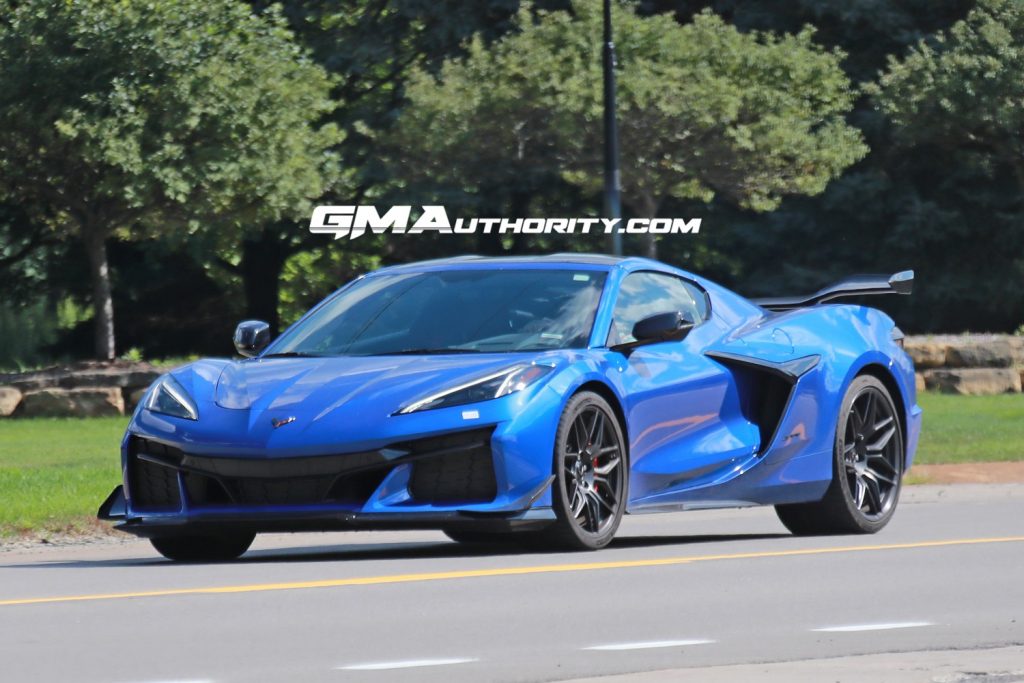 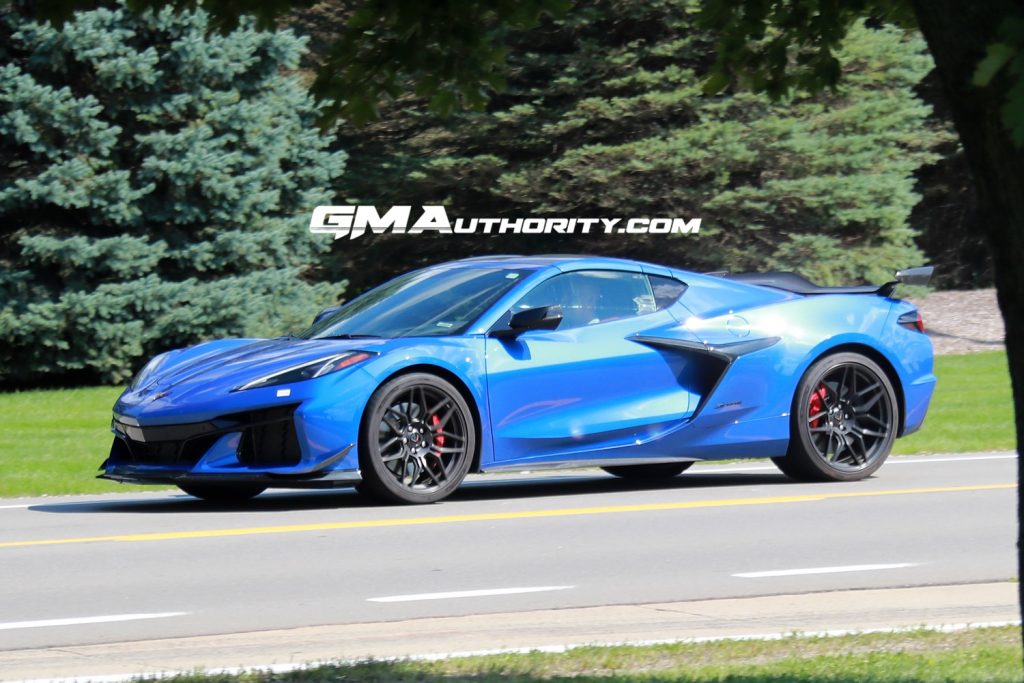 Like the Convertible model we covered previously, this 2023 Corvette Z06 Coupe is also covered in Elkhart Lake Blue Metallic paint, with the exterior complemented by various features of the Z07 Package. For example the Z07 Performance Package includes four-wheel antilock, four-wheel disc, carbon ceramic brakes (RPO code J57), although it doesn’t look like this model is equipped with the ceramic rotors. 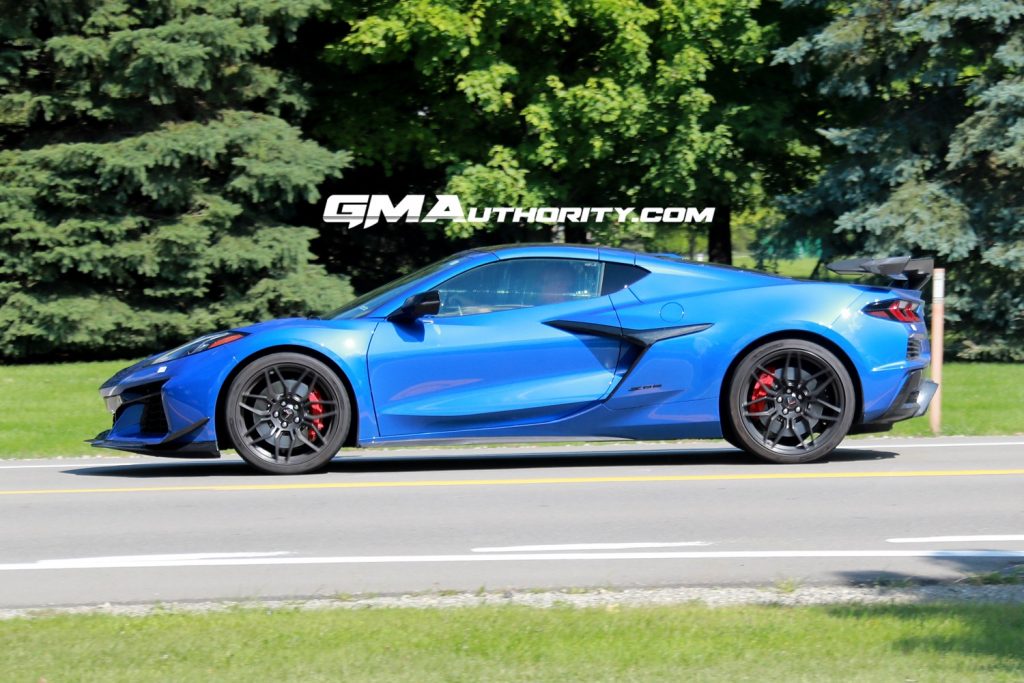 We also see this 2023 Corvette Z06 Coupe equipped with one of the Carbon Aero packages. As a reminder, opting into the Z07 Performance Package requires the inclusion of either one of the following packages:

Unfortunately, both Carbon Aero packages have been and continue to be constrained, which in turn reduces the availability of the Z07 Performance Package as a whole. Add in heavy constraints for Z06 production in general, and well, this Z07-equipped 2023 Corvette Z06 Coupe is a rather rare bird. 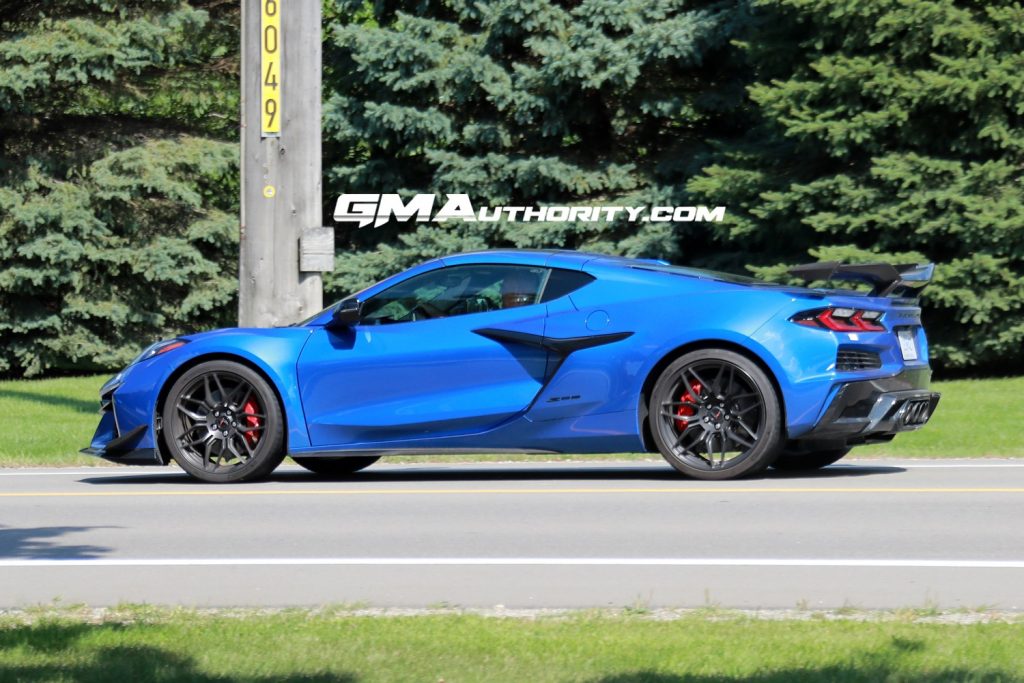 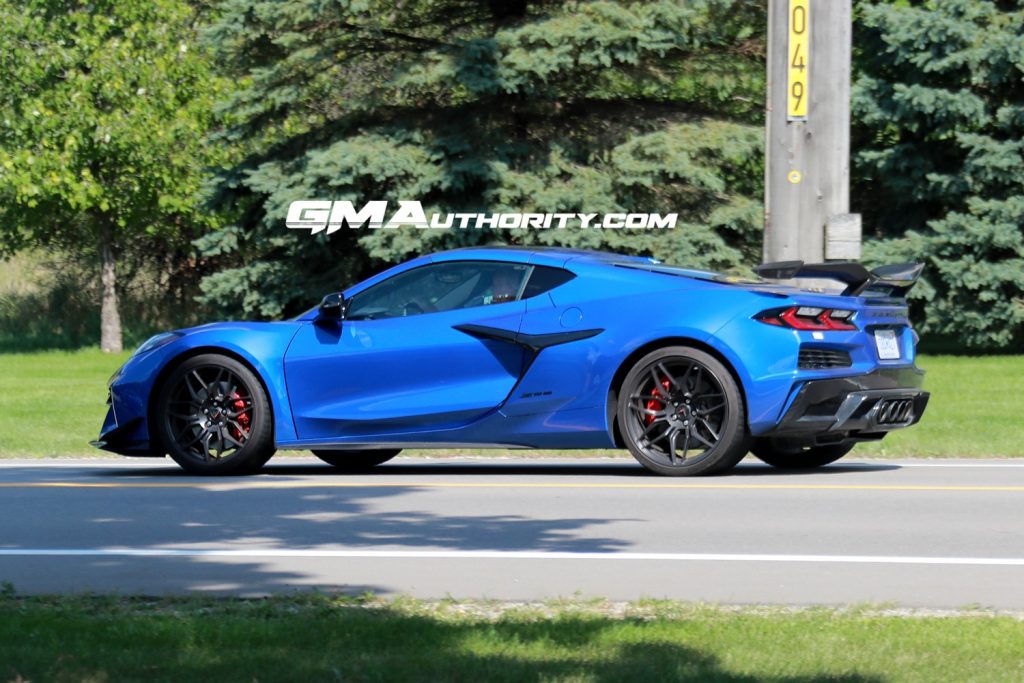 As a reminder, the 2023 Corvette Z06 is equipped as standard with the naturally aspirated 5.5L V8 LT6 gasoline engine rated at a whopping 670 horses and 460 pound-feet of torque. Under the skin is the GM Y2 platform that underpins all C8 Corvettes, while production takes place at the GM Bowling Green plant in Kentucky.