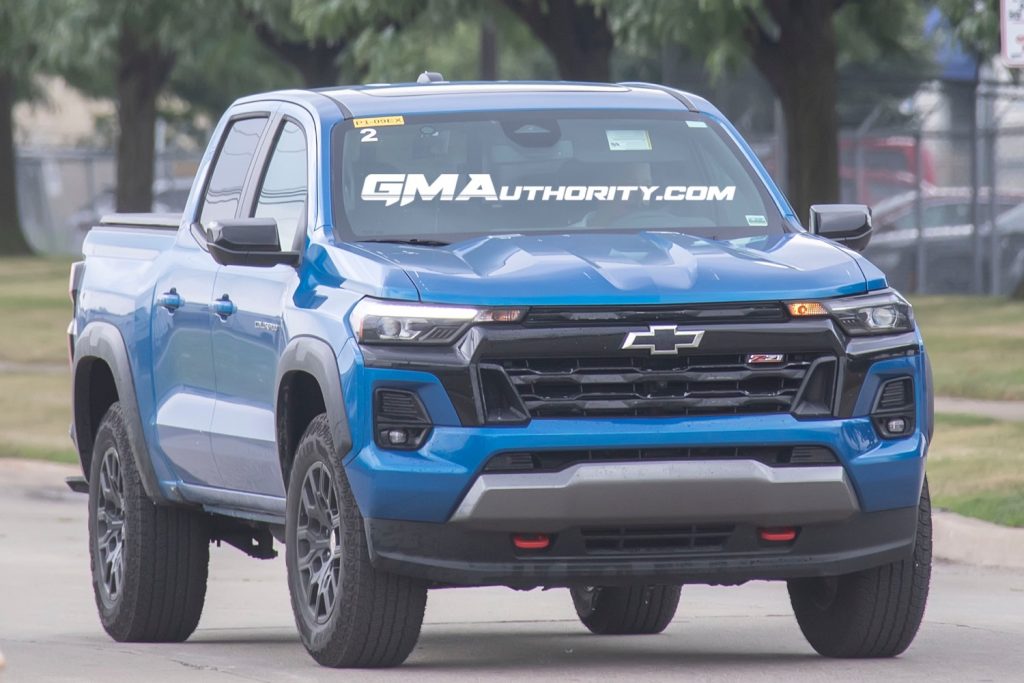 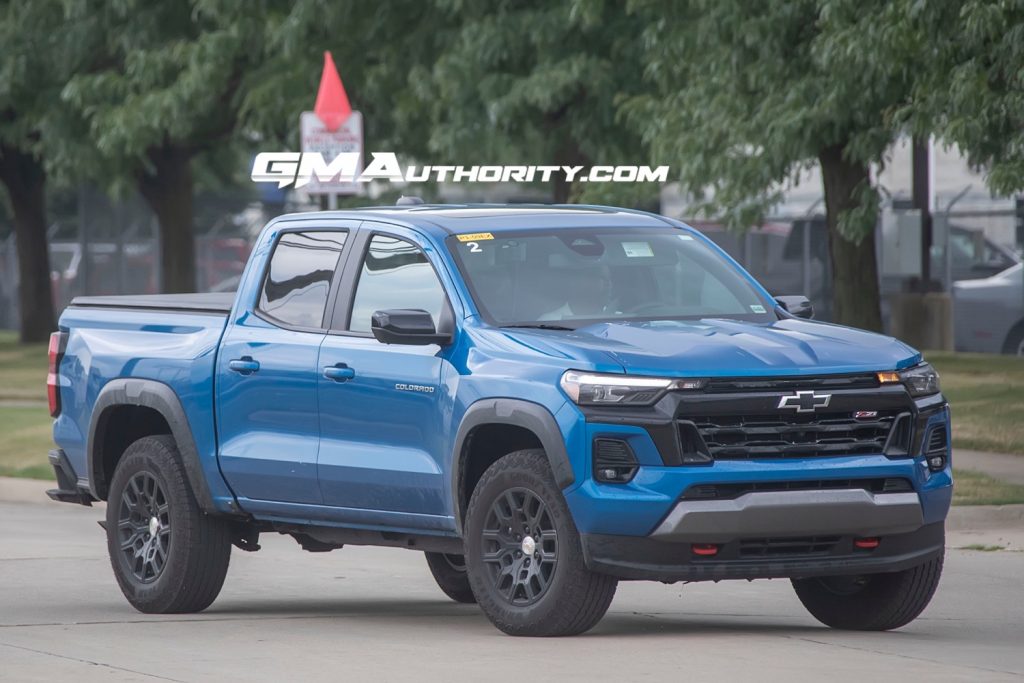 Like the rest of the 2023 Chevy Colorado lineup, the Z71 gets the full third-generation rework for the exterior styling. The front end is now more aggressive and technical looking, with the Z71 adding in a few bits and pieces to help it stand out, such as a pair of red tow hooks for the lower fascia. The grille bar also includes a black finish that works well with the revised front fascia and complementary black trim bits. 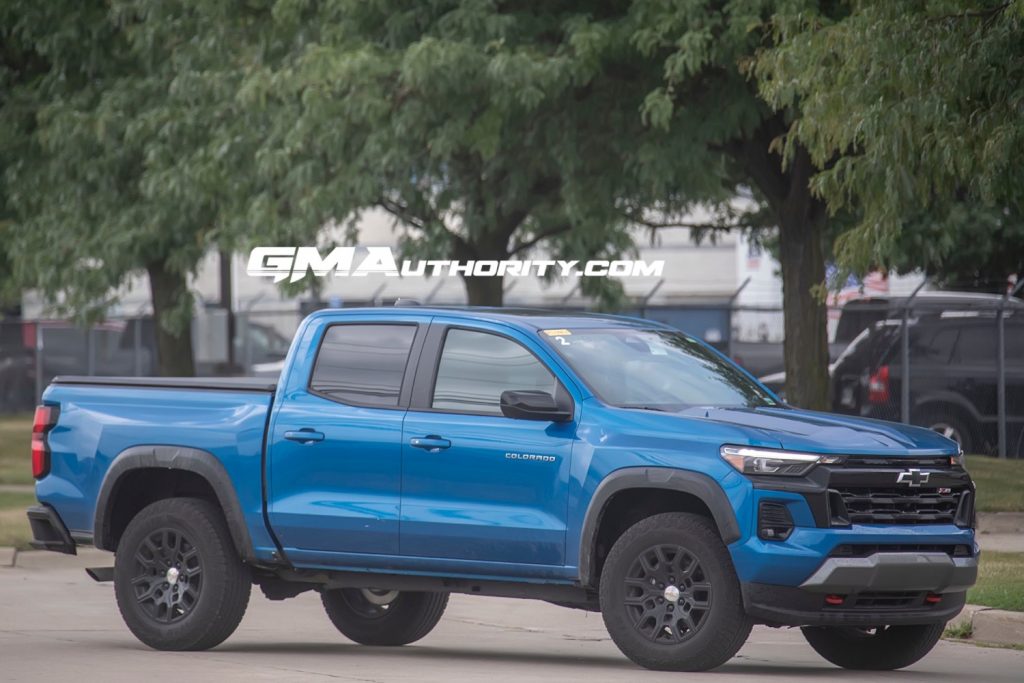 Moving around to the sides, the 2023 Chevy Colorado Z71 rides on 18-inch Aluminum wheels with all-terrain tires as standard, while 20-inch wheels are available as an optional extra. Also of note are the black fender flares, which are included elsewhere in the lineup and add an extra dash of rough-stuff attitude to the aesthetic. Heated and power-adjustable sideview mirrors are included with the Z71 trim. 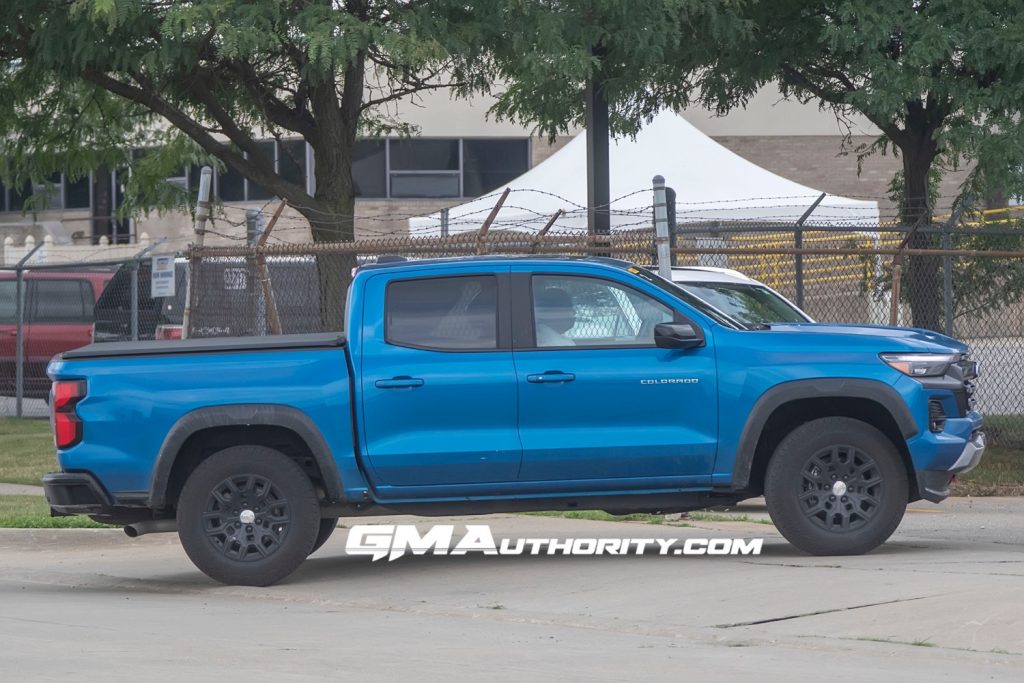 As for the greasy bits under the hood, the 2023 Chevy Colorado Z71 is powered by the turbocharged 2.7L I4 L3B gasoline engine with the mid-range 2.7 Turbo Plus tune as standard. Output is rated at 310 horsepower and 390 pound-feet of torque. The updated GM 8-speed automatic transmission provides the cog swaps, while an updated version of the GM GMT 31XX platform provides the bones. 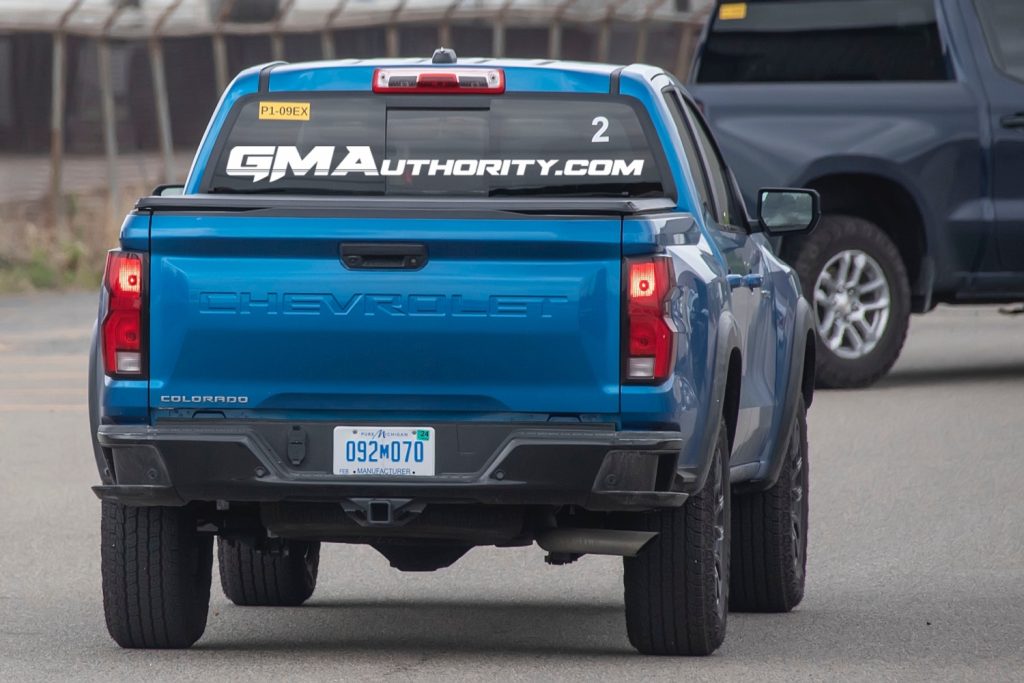 As GM Authority exclusively covered, the 2023 Chevy Colorado will hit production January 25th, 2023, rolling off the line at the GM Wentzville plant in Missouri.