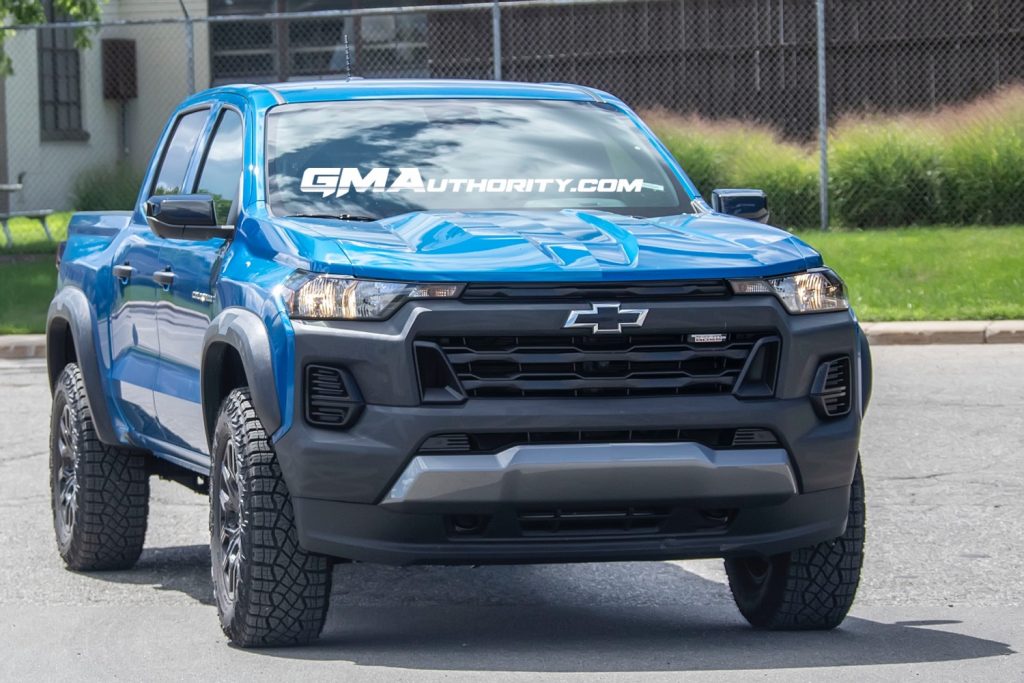 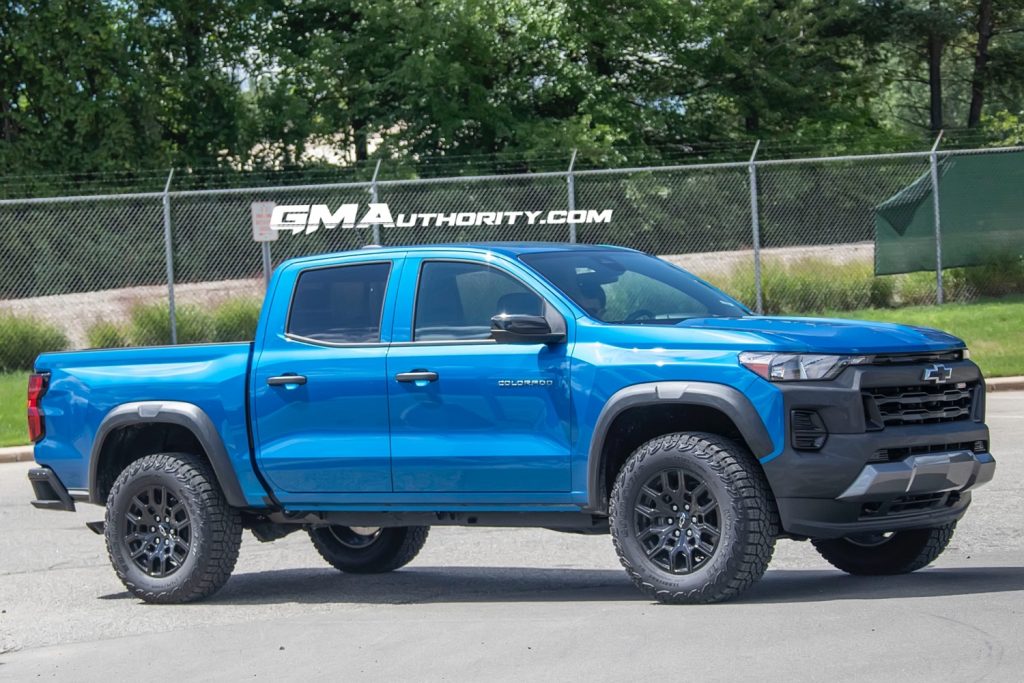 Outside, the 2023 Chevy Colorado Trail Boss shows off the new exterior styling seen across the lineup, with a few unique touches here and there. This particular example is covered in Glacier Blue Metallic paint (paint code GLT), a hue also offered for the refreshed 2022 Chevy Silverado 1500 and 2023 Chevy Silverado 1500.

Up front, we see Black Bow Tie badging, plus a Gloss Black Sport Grille with an MIC Black Surround and MIC Fascia treatment. MIC Black is also used for the door handles and belt moldings, while in the corners, we spot standard 18-inch High-Gloss Black Aluminum wheels wrapped in All Terrain tires. 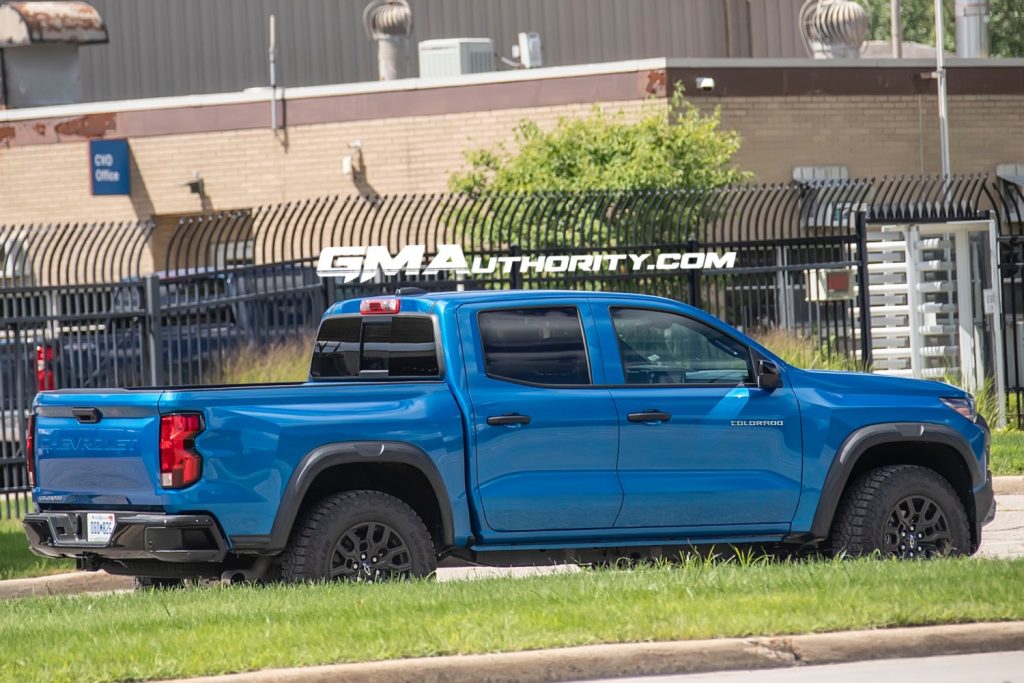 Details in the rear include the Chevrolet script embossed in the tailgate, while a single rear exhaust pipe exits just behind the passenger-side rear tire.

Although not pictured here, further Black touches can be found in the interior for the upholstery. Standard spec includes an 11.3-inch infotainment screen. 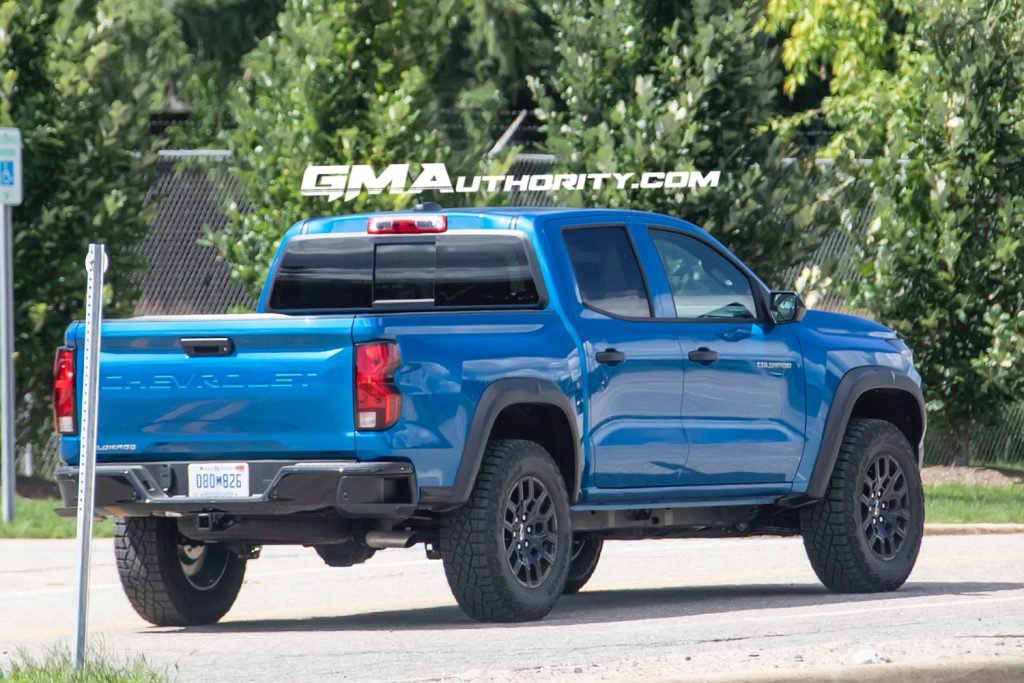 Under the hood is the turbocharged 2.7L I4 L3B gasoline engine, with the new Colorado Trail Boss motivated by the mid-range 2.7L Turbo Plus tune, rated at 310 horsepower and 390 pound-feet of torque. Four-wheel drive is standard, as is the second-generation GM 8-speed automatic transmission, two-speed auto transfer case, transfer case shield, and limited slip differential. 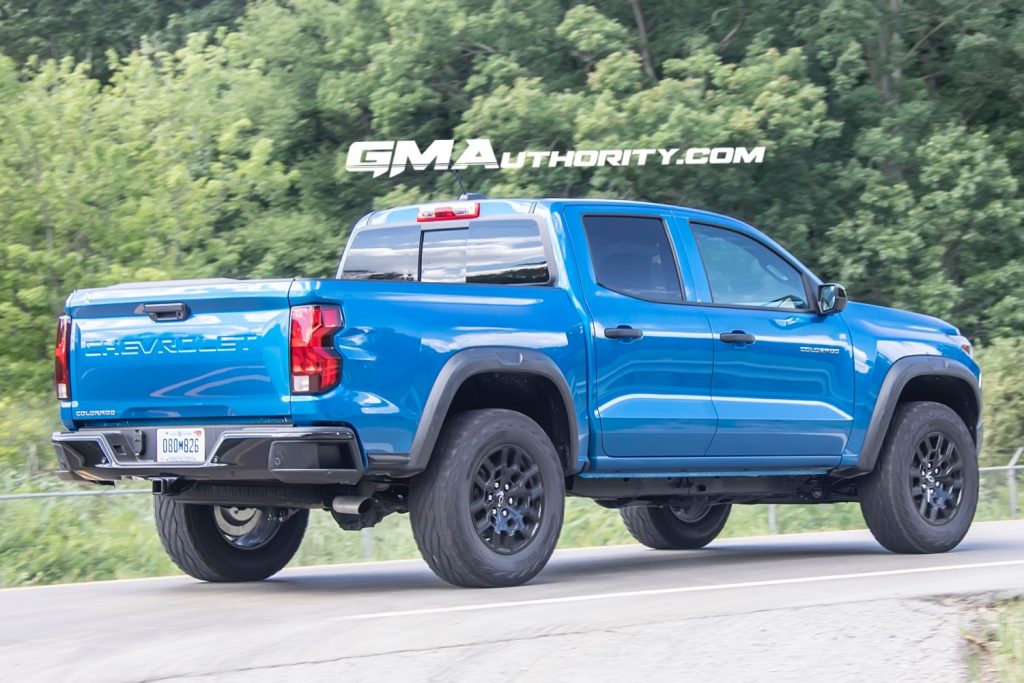 Providing the bones is the 31XX-2 platform, which is an updated version of the GMT 31XX platform that underpins the second-generation model. Production will take place at the GM Wentzville plant in Missouri next year.