While the Cadillac Escalade Hybrid may not have been the most efficient vehicle, it offered noticeable gains in fuel economy over the standard gasoline-powered model. These mild efficiency improvements, along with other enticing qualities, have prompted Kelley Blue Book to declare the 2013 model year Cadillac Escalade Hybrid as one of the best-used luxury SUVs that can be purchased for less than $30,000. 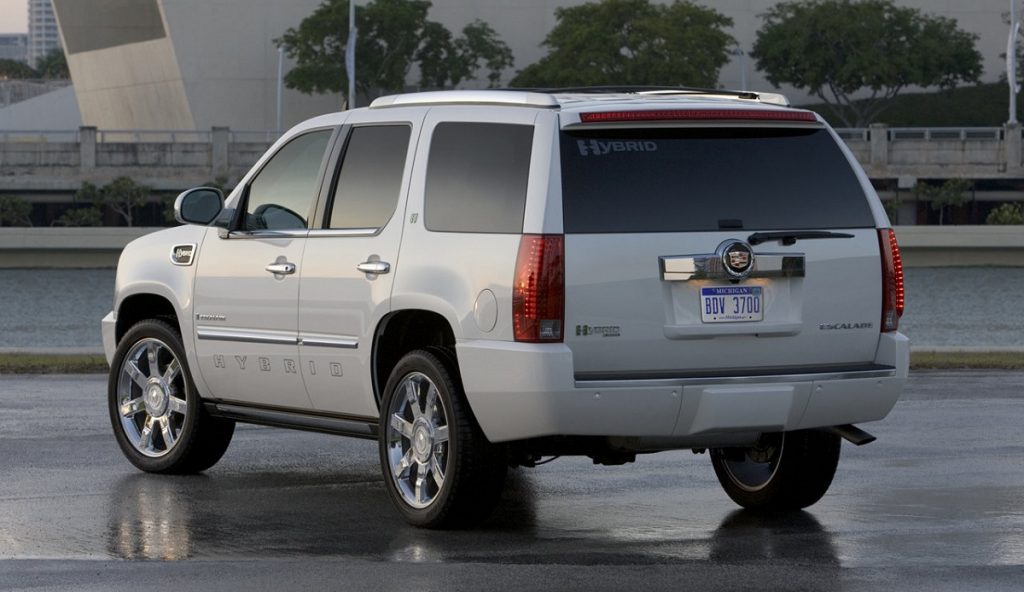 KBB recently published its list of the best used luxury SUVs available for less than $30,000, with the Cadillac Escalade Hybrid appearing in tenth position on the list. The best-rated luxury SUV for under $30,000 is the 2015 model year Lexus RX450h, followed by the 2016 BMW X5 xDrive40e in second and 2016 Mercedes-Benz GLE 550e in third.

KBB editors acknowledge the Cadillac Escalade Hybrid is a lesser-known vehicle from GM’s past, with the publication assuring readers that there’s no need to rub their eyes, as the third-generation Escalade was indeed offered as a hybrid. KBB also acknowledges GM’s early adopter status with its hybrid full-size SUVs, which were some of the first electrified vehicles in this segment to be offered in North America. “One of the earliest hybrid luxury SUVs, it was also an effective one, improving fuel economy by nearly 50 percent compared to the non-hybrid Escalade,” the publication proclaims. 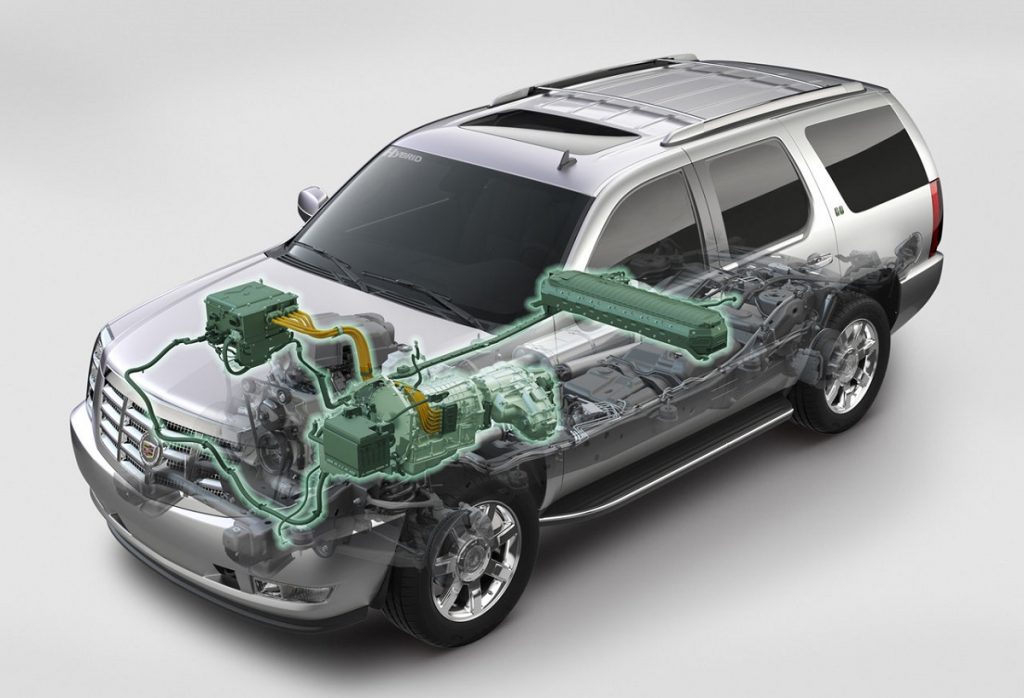 Power in the Cadillac Escalade Hybrid came from GM’s familiar 6.0L Vortec V8 engine, which was paired with two 60 kW electric motors housed within the six-speed automatic transmission, as well as a nickel-metal hydride (NMCH) battery pack mounted under the rear seats. This setup produced 332 horsepower and 367 pound-feet, however the maximum combined output of the engine and two motors was 379 horsepower. The U.S. Environmental Protection Agency rated the 2013 model year Escalade Hybrid at 20 mpg city, 23 mpg highway and 21 mpg combined. The regular 6.2L V8-powered model with four-wheel-drive, by comparison, was rated at 13 mpg city, 18 mpg highway and 15 mpg combined.