Back in 2014, the genius duo behind the Motor Trend-produced web show Roadkill pulled the body panels off of a C4 Chevy Corvette and welded in a roll cage to create the world’s first ‘Vette Kart.’ These so-called ‘Vette Kart’ builds have since become quite popular among drag racers, autocrossers and track-day enthusiasts, serving as a low-budget way to create a fast, fun and inexpensive performance car.

An exotic car dealership in St. Louis, Missouri is currently selling a 2007 Chevy Corvette that has received the complete Roadkill Vette Kart treatment, although the business refers to this custom build as a “Buggy.” Based on a C6 Corvette, this professionally-built Vette Kart features a naturally aspirated 6.0L LS2 V8 engine, along with a stock six-speed automatic transaxle and factory rear differential. It also appears to have been fitted with the factory chrome wheels from a C7 Corvette Z06.

A set of circular auxiliary headlamps sit out front and are joined by an LED light bar for some additional illumination on poorly lit roads. Two small, square taillamps sit out back and are joined by a high-mounted spoiler for some additional rear downforce. The professionally-welded roll cage covers the cabin, portions of the passenger entryways and extends forward to cover the front fenders, as well. The factory interior remains with the OEM bucket seats, gear selector and steering wheel. 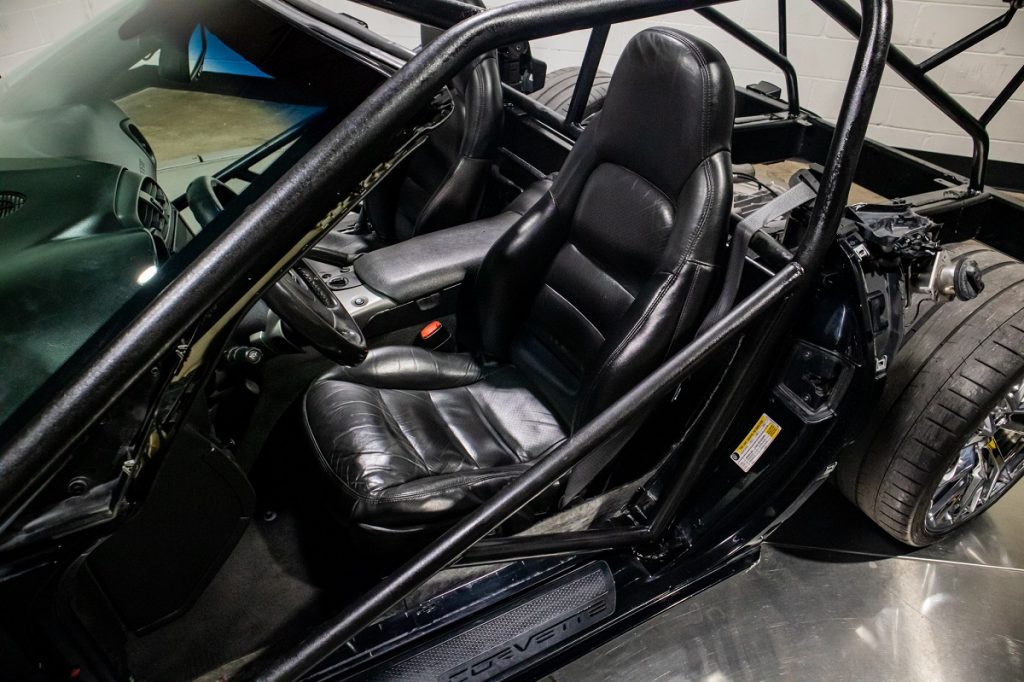 The dealership offering up this unique Chevy Corvette, RP Exotics, says it is among the most fun vehicles in its inventory and offers up an exhilarating driving experience that is one of a kind. It’s also listed for sale for just $19,995, so it’s probably one of the less expensive vehicles this luxury dealership will ever sell. Check out the listing at this link for additional information and photos.