The Chevy Nomad nameplate was last used over 20 years on a variant of the popular G-Series utility van, but seeing as it was around in one form or another from the mid-1950s all the way until the mid-1980s, the Nomad name remains fresh in the minds of many American car enthusiasts. This custom Chevy Caprice Nomad recreation, which is currently for sale on eBay, serves as a great example of the level of enthusiasm that remains for the original Bowtie-badged wagon. 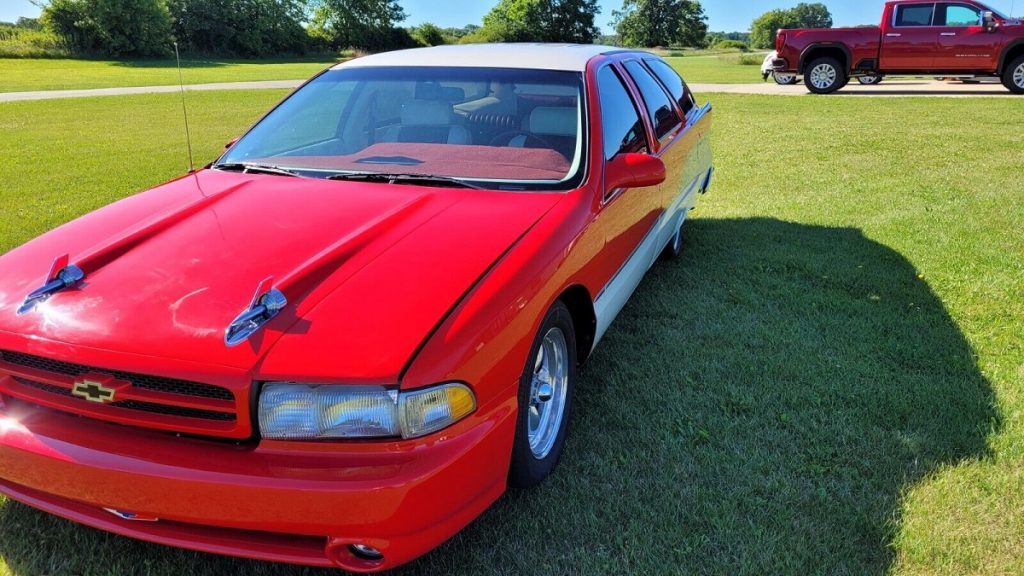 According to the listing, this custom 1992 Chevy Caprice is the work of a coachbuilder in California and is officially called the ‘Majestic Nomad.’ It incorporates replica rear quarter panels and hood spears, and a replica rear bumper, from the iconic 1957 Chevy Nomad, but retains the font doors and front fascia from the 1992 Chevy Caprice. The result is an awkward-looking mishmash of GM products, but at least the beloved B-body Caprice donor car retains its dependability and practicality with this conversion. The original leather interior remains, as does the factory 5.0L V8 engine and four-speed automatic transmission. This was a show car that was driven sparingly, with the odometer currently displaying just over 64,000 miles. 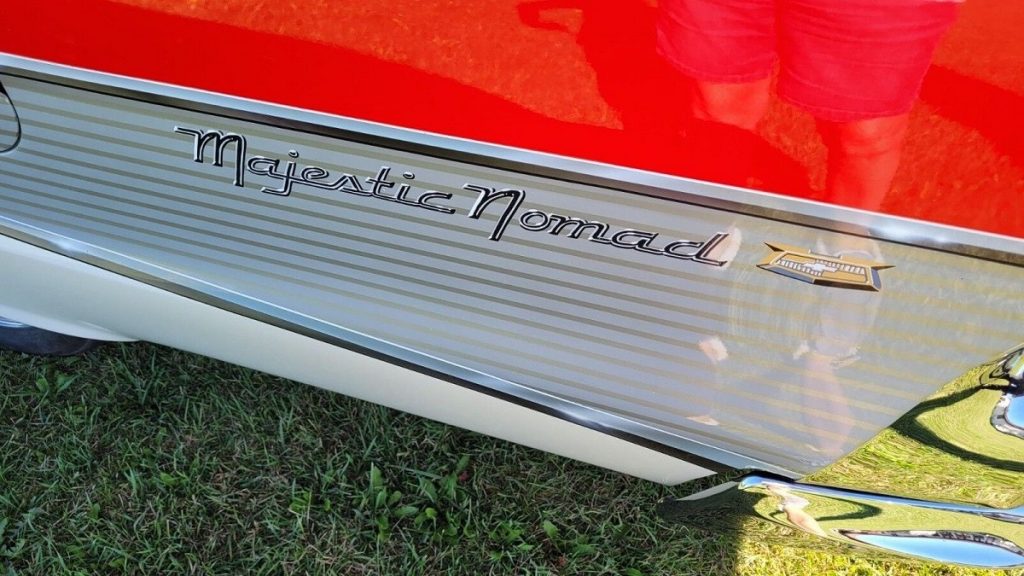 The eBay listing has attracted a single bid of $10,000 as of this writing, which is quite a high opening bid for an obscure custom car such as this. The vehicle is offered as-is and does not come with a warranty, which was probably obvious to most readers,. Transportation is also the responsibility of the buyer, so the winning bidder will have to head out to West Bend, Wisconsin to pick up the car. Check out the listing at this link for some additional information and photos before the gavel falls on the online auction later this week.