Back in 1970, GM had several relatively affordable performance models on offer, and the Oldsmobile brand was no exception, offering up the Oldsmobile F-85 W-31. Now, we’re watching as this two-door Olds takes on another muscle car from the era, namely a 1969 Dodge Super Bee A12, with the following drag race video. 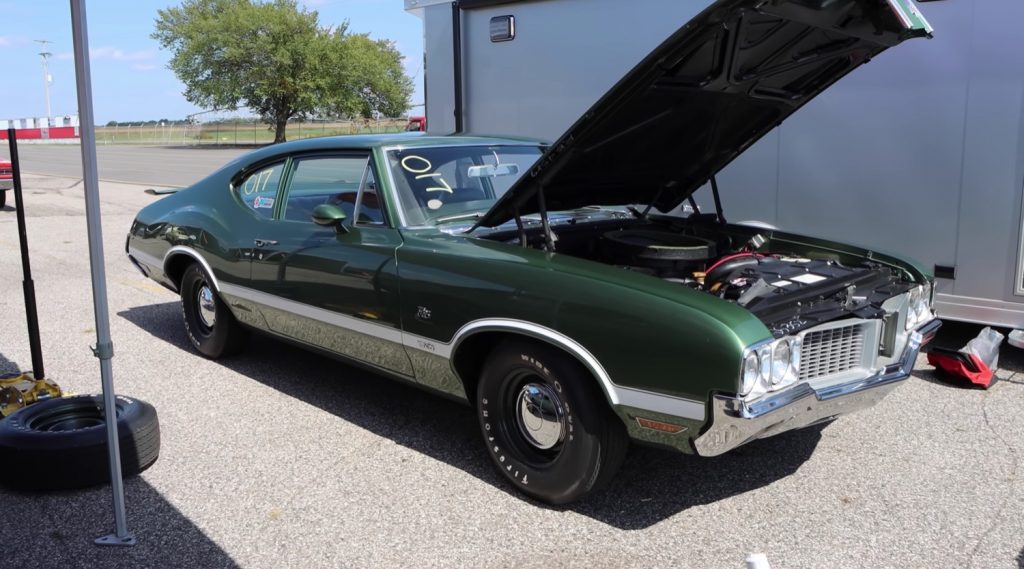 Once again coming to us from the Cars And Zebras YouTube channel, this drag racing video is a bit over eight minutes long and includes history, specs, and a walkaround for both vehicles, as well as three rounds of straight-line racing action at the end.

Let’s start by checking out that 1970 Oldsmobile F-85 W-31. All those letters and numbers add up to Oldsmobile’s version of the Small Block 350 V8 engine, which is fed cool air straight from twin snouts in the fiberglass hood. This 350 also comes equipped with heads plucked from the 455, a compression ratio of 10.5:1, the 308 cam, a larger harmonic balancer for easy revs, and the N10 dual exhaust system, plus a heavy-duty cooling system. Output from the factory was underrated at 325 horsepower at 5,400 rpm and 360 pound-feet of torque at 3,600 rpm. 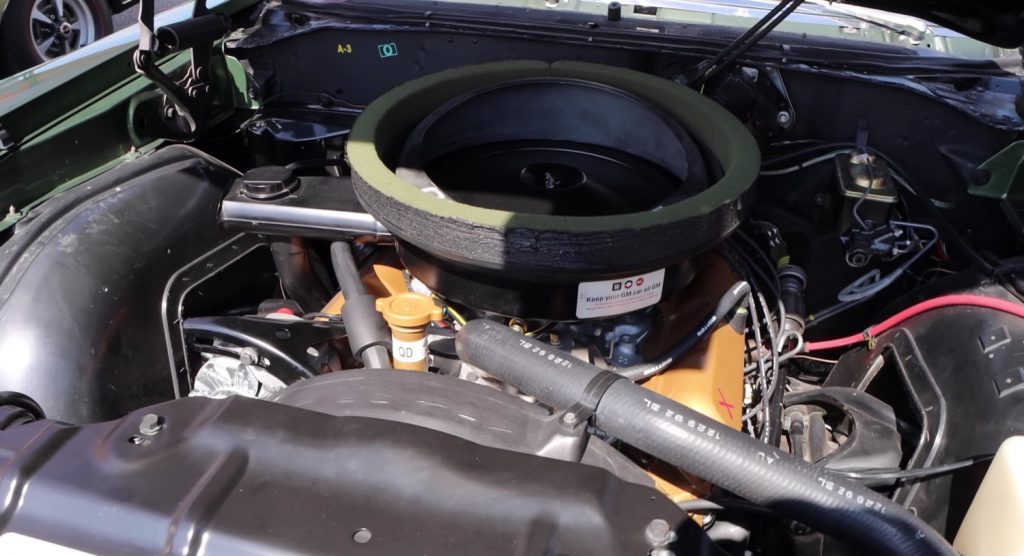 This particular example is also fitted with a three-speed automatic transmission, a unique piece specific for the Oldsmobile F-85 W-31 that features higher valve body pressure, 2,800-rpm stall converter, and a whopping six-clutch plates. A set of 3.91 gears are housed out back. Weight with driver is 3,750 pounds. 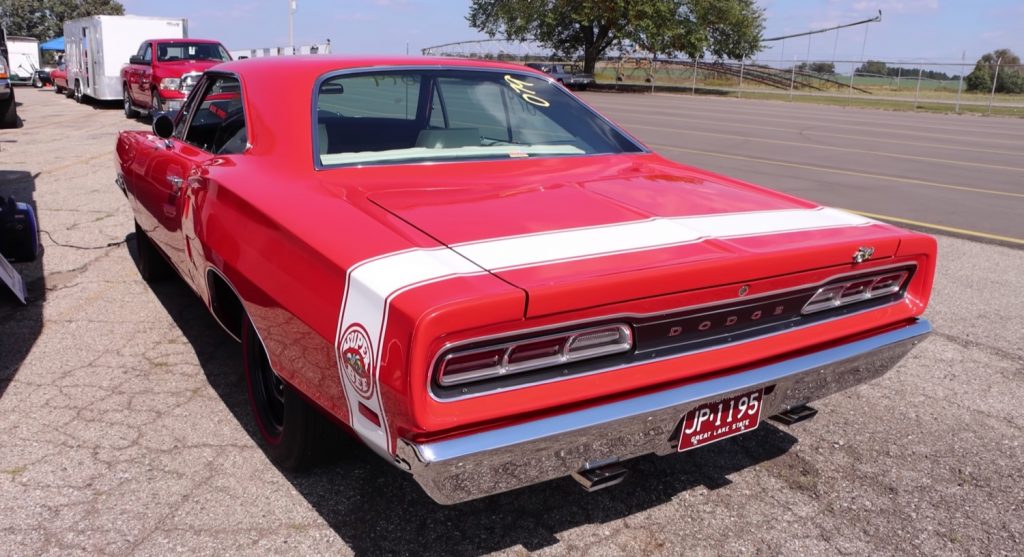 Staging in the opposite lane, we have a 1969 Dodge Super Bee A12, complete with the screaming orange and black color scheme. Making it move is a 440 cubic-inch V8 engine topped by a triplet of Holley two-barrel carburetors capable of dumping 1,350 cfm into the Edelbrock aluminum intake manifold. Compression ratio is set at 10.5:1, with output rated at 390 horsepower at 4,700 rpm and 490 pound-feet of torque at 3,200 rpm. Like the Oldsmobile F-85 W-31 featured above, this Dodge also has a three-speed automatic transmission, which feeds a set of 4.10 gears. Weight with driver is estimated at 3,850 pounds.

So, which of these two muscle machines will walk away with the win? Hit play to see it all go down: