GM Authority has shared countless videos from the Cars and Zebras channel on YouTube in recent years, all of which have featured stock vintage muscle cars competing in a factory drag racing series based out of Michigan. Today, we’re back with yet another clip from this American iron-obsessed channel, but this video is slightly different than the rest, showing a vintage 1969 Chevy Camaro ZL-1 racing a modern-day Dodge Challenger Demon down the 1320. 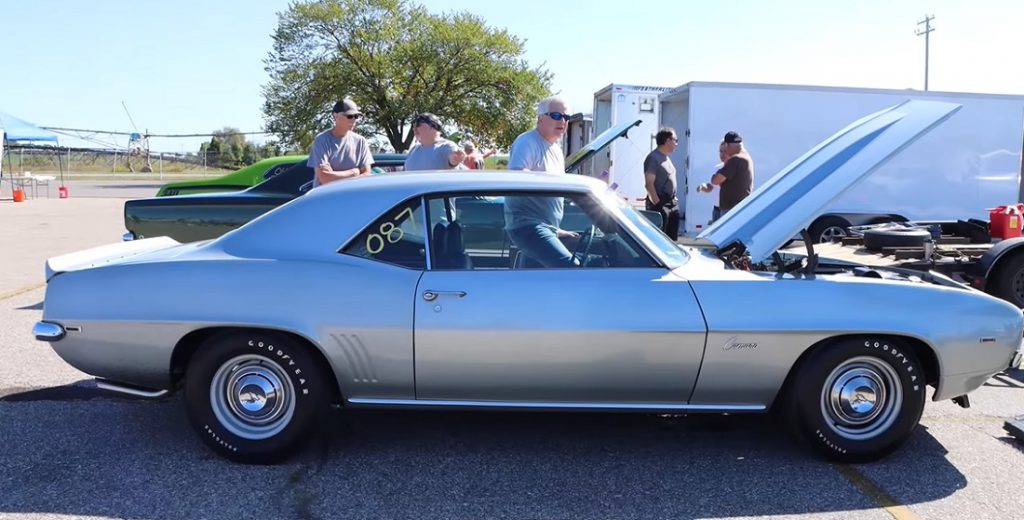 This might seem like a one-sided fight on paper, as most readers are well aware the 840-horsepower Dodge Challenger Demon can beat a 50-plus-year-old Chevy Camaro in a heads-up drag race, but that’s not really the point of this showdown. Rather, this video accurately demonstrates the incredible performance of the Chevy Camaro ZL-1, which produced a claimed 430 horsepower and 500 pound-feet of torque from its race-bred 427 cubic-inch V8, making it one of the most impressive GM performance vehicles of the 1960s.

This particular ZL-1, which is one of just 69 produced, was ordered with a Turbo 400 three-speed automatic transmission and short 4.10 rear gears, further enhancing its straight-line performance. That makes it a surprisingly tough customer for the Dodge Demon, a factory-built drag car that comes standard with an 840-horsepower, supercharged 6.2L V8 engine, rear drag radials and a quick-shifting eight-speed automatic transmission. That said, it appears as though the Demon driver is taking it a bit easy with this 10.52-second pass at 130 mph, which is nearly a full second slower than Dodge’s estimated pass time of 9.65-seconds at over 140 mph. The Camaro inches across the line just over a second behind the Demon, turning in a very respectable pass of 11.84 seconds at 116 mph.

Check out the video embedded below to see these two American performance icons go head-to-head.