The Chevy Corvette for 1965 brought a fistful of design and drivetrain changes. The front fender side vents morphed from non-functional horizontal strakes to three functional vertical gills that allowed cooling for the engine bay, the depressions in the hood that were hallmarks of the 1963 and 1964 model years were phased out and so were the drain holes, and grille bars were black with a polished stainless surround (this would be a single-year design, making ’65s easy to differentiate from other years). 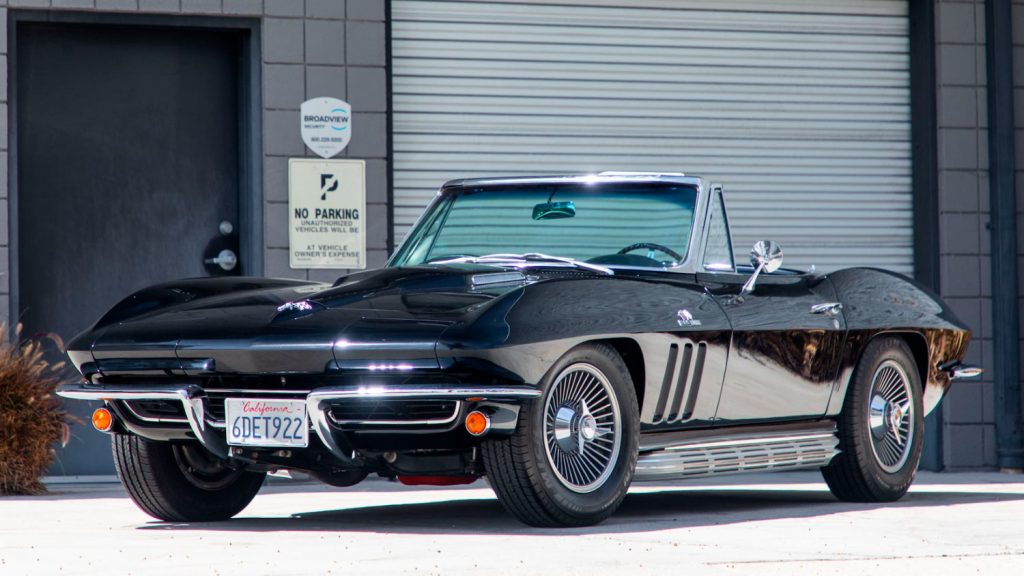 The1965 Chevy Corvette interior had a number of changes, as well. The previous year’s black conical gauge faces were flattened, but the black color was retained. The area around the radio and speaker that had been vinyl covered in 1963 and 1964 was now painted. Seat size increased, slightly improving support, and the door panels had new integrated armrests. A power radio antenna was added to the list of standard equipment. 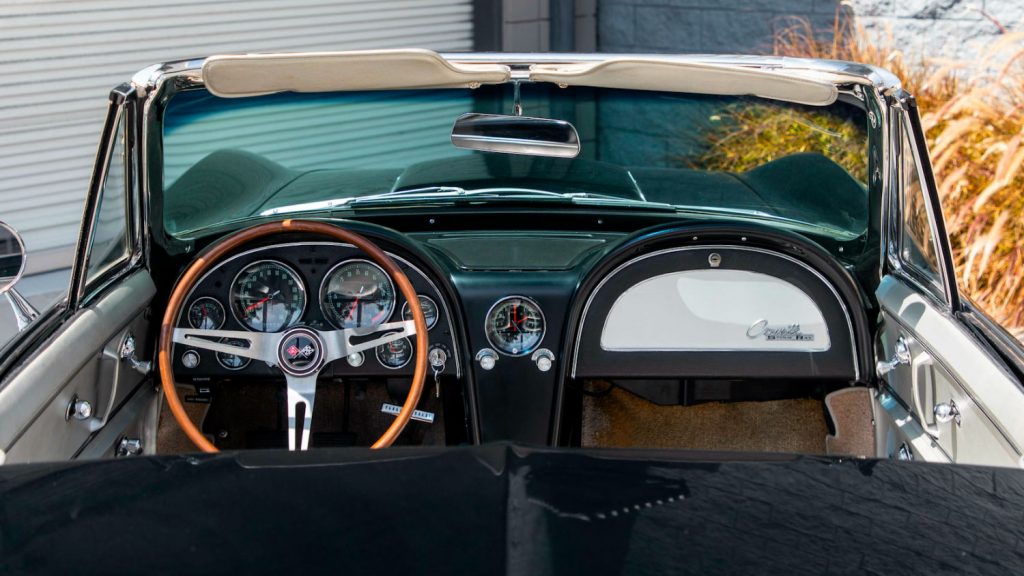 There were also improvements to the mechanical side of things in the form of standard four-wheel disc brakes with four-piston calipers. Knock-off style wheels were dark gray with polished vanes with chrome cones and spinners. For the first time, side-mount exhausts could be ordered. 1965 was the final year for Rochester mechanical fuel injection, and the first year the Mark IV Big Block engine could be ordered, a 396 cubic-inch, 425-horsepower brute that would last a single year, and required a new hood with a power bulge to accommodate the engine. 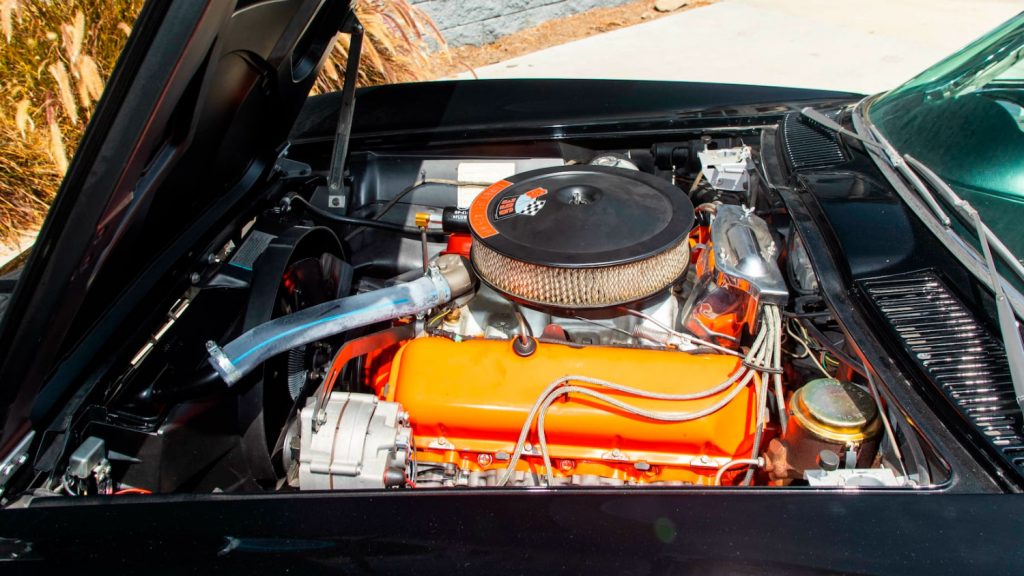 Our feature 1965 Chevy Corvette convertible is finished in the rare combination of Tuxedo Black over Silver leather. It comes with both a black vinyl soft top and body colored hardtop, but no radio. It has been recently body-off restored and has been driven just 824 miles since completion of the restoration. It is listed on the C2 Corvette registry. 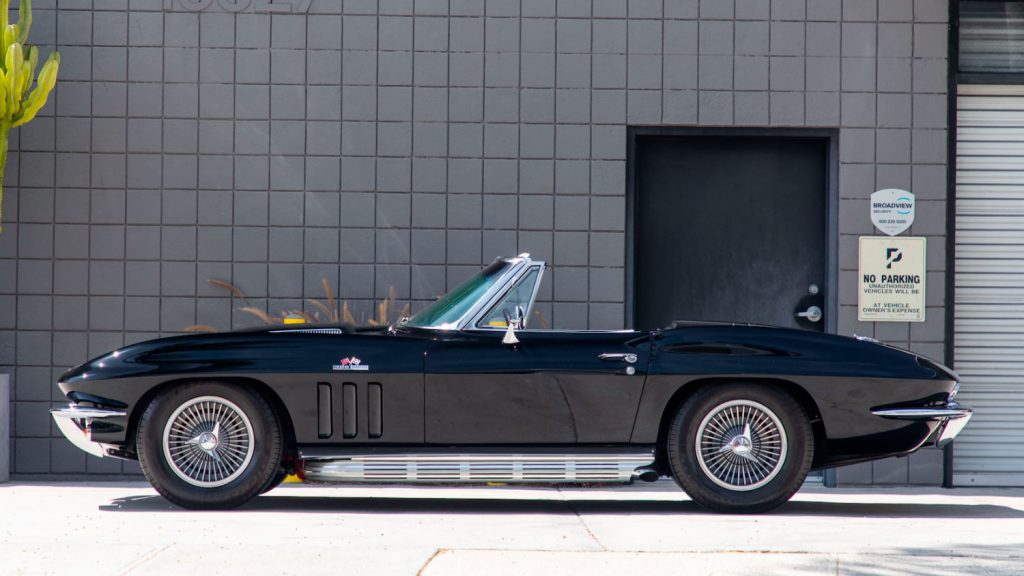 Powering the Chevy Corvette is the 425-horsepower L78 369 Big Block, backed by a four-speed close-ratio transmission. Curiously, there is complete ignition shielding present, something that would have been unnecessary without a radio. Spent gasses are exhaled through factory side-mount exhaust pipes. Knock-off wheels are wrapped in Michelin blackwall radials. 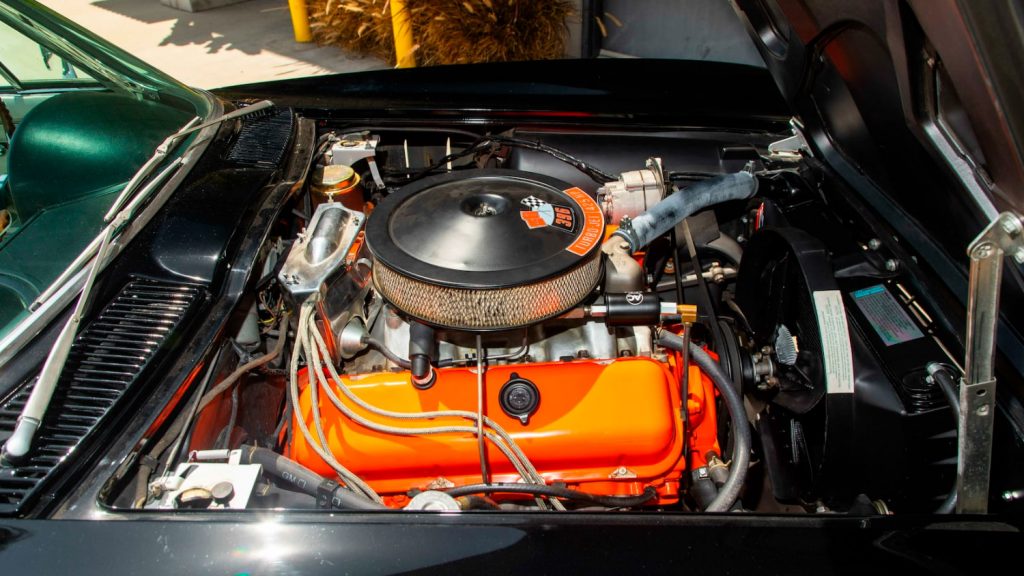 Original brochures and restoration photos are included in the sale.

This sleek Chevy Corvette will be up for grabs at the Mecum Auctions Monterey event taking place August 18th through the 20th. 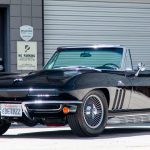 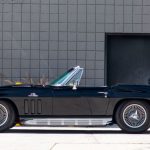 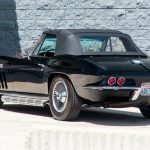 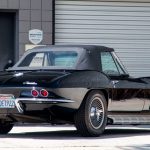 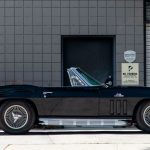 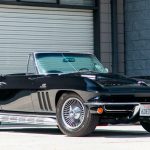 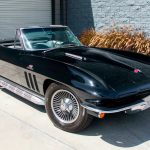 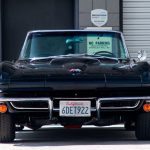 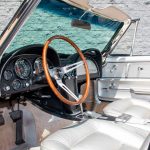 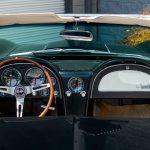 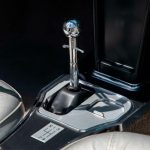 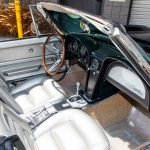 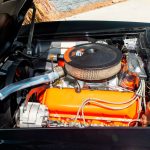 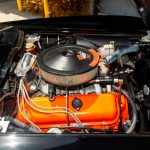