Car enthusiasts are an odd bunch. To the casual observer, this 1963 Corvette race car looks like nothing more than a pile of rusty metal and rodent droppings. However, to an enthusiast, this classic slab of American performance is pure potential. 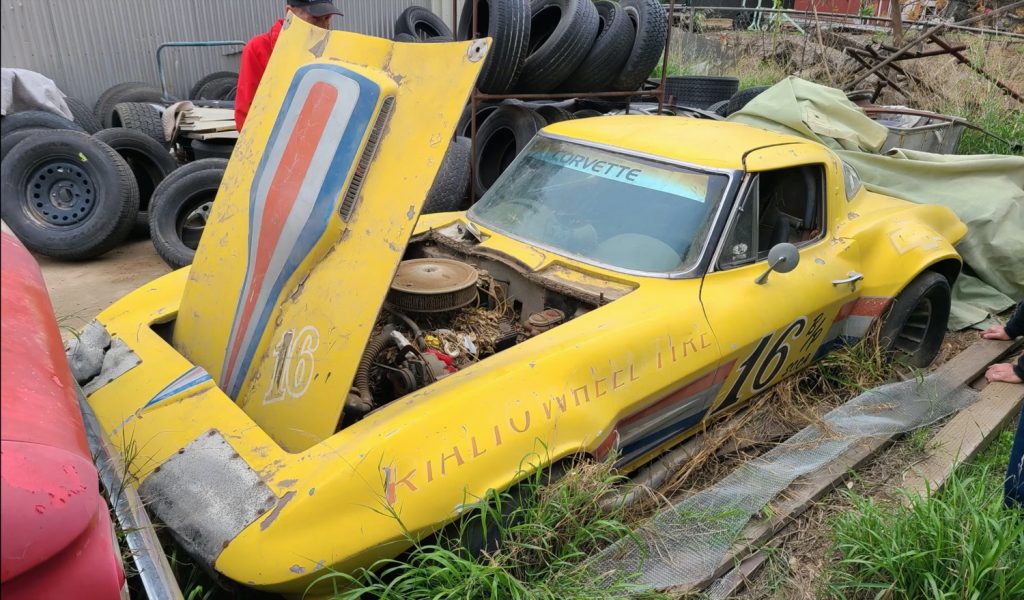 Recently rediscovered after sitting for 44 years in the California sun, this 1963 Split Window Corvette race car appears to be on track for a new lease on life. In a recent series of YouTube videos, we get a run down on the condition of the vehicle, which, suffice to say, is a bit rough. 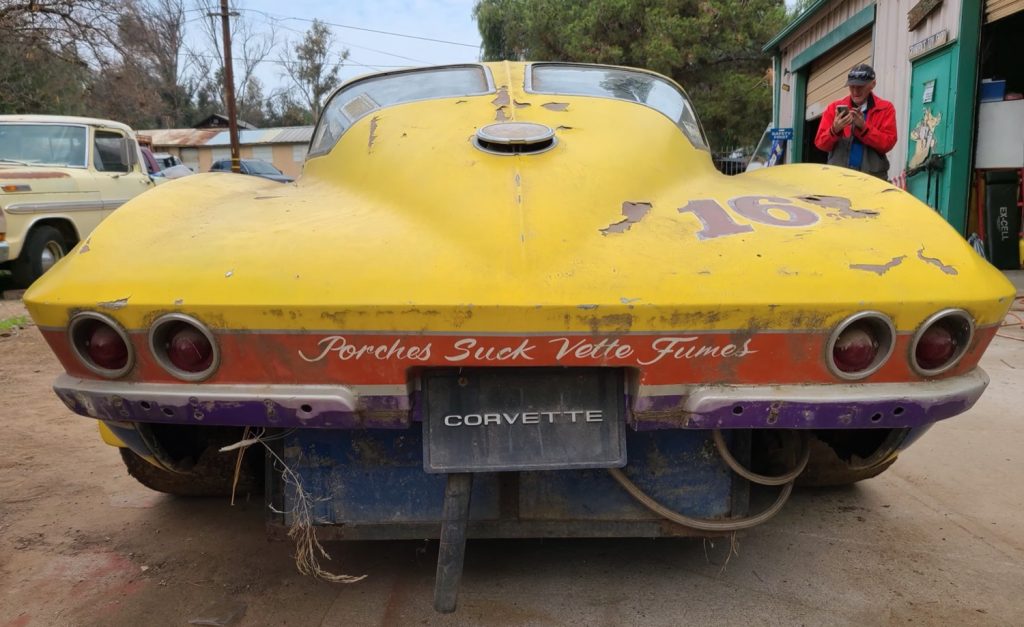 In the videos, we see the 1963 Corvette race car sitting amongst the weeds, but digging under the grime, we find something rather enticing. The old-school livery is one indication, with yellow paint and red, white, and blue striping down the sides. The Corvette is running on wide turbine wheels shod in Firestone racing slicks, while a set of side pipes promise a raucous sound track. There’s even a nice little inscription on the rear bumper that reads “Porsches Such Vette Fumes.” 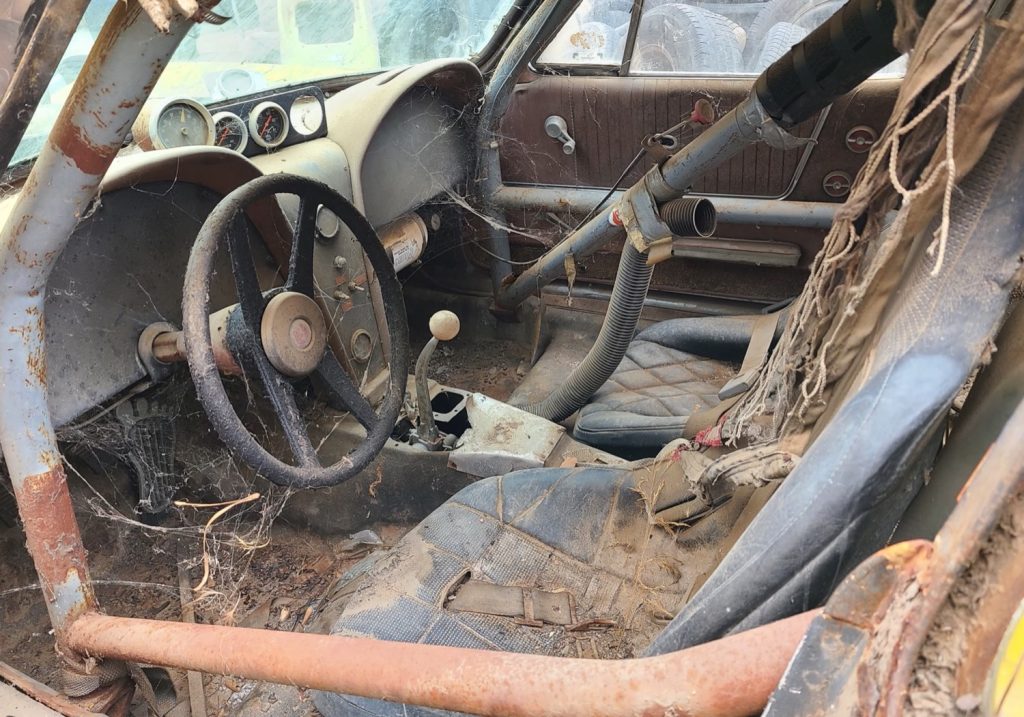 The interior looks pretty gross, with lots of cobwebs and dirt, under which we spot some bucket seats, a four-spoke steering wheel, and aftermarket gauges. Clearly, this thing was used for competition, with a cooling hose aimed at the driver’s seat and extensive roll cage.

According to Motor Trend, this 1963 Corvette race car was discovered in a classifieds ad in a local newspaper. As the story goes, the seller had purchased the car as a stock split-window in 1968, and promptly turned it into a race car, regularly hitting Riverside Raceway on the weekends. Apparently, the Corvette had its last SCCA race in 1978, with the owner retiring the Split Window in favor of a tube-chassis Chevy Camaro.

Despite the fact it had sat for so long, it looks like the Corvette actually got running again. Hopefully, the new owner will give it the restoration it deserves.