There were plenty of changes to the Chevy Corvette for 1961. The heavy chrome teeth in the grille were replaced by an argent silver-finished grid of thin horizontal and vertical bars, the rear end was restyled with the “duck tail” that would carry through on the 1963-1967 Corvette convertibles (the gas door would be relocated to the center of the rear deck for Mid-Year Corvettes), and with the back half redesign came the four tail lights, a Corvette hallmark. The new rear-end styling also necessitated the relocation of the exhaust exit, which was moved to under the body just behind the rear tires. Headlight bezels were painted body color instead of being chrome plated. The transmission tunnel width shrunk slightly, allowing a bit more interior space. 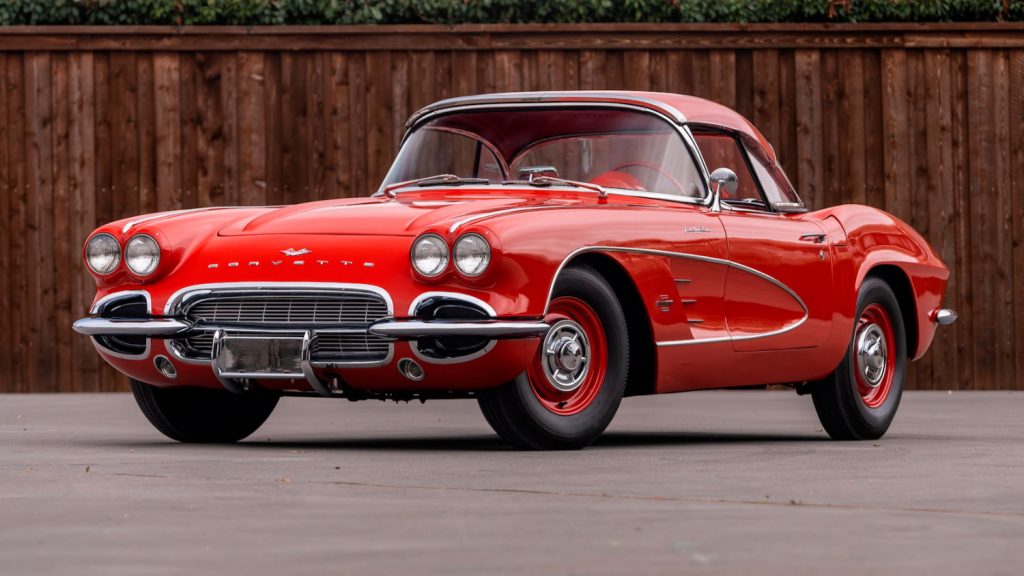 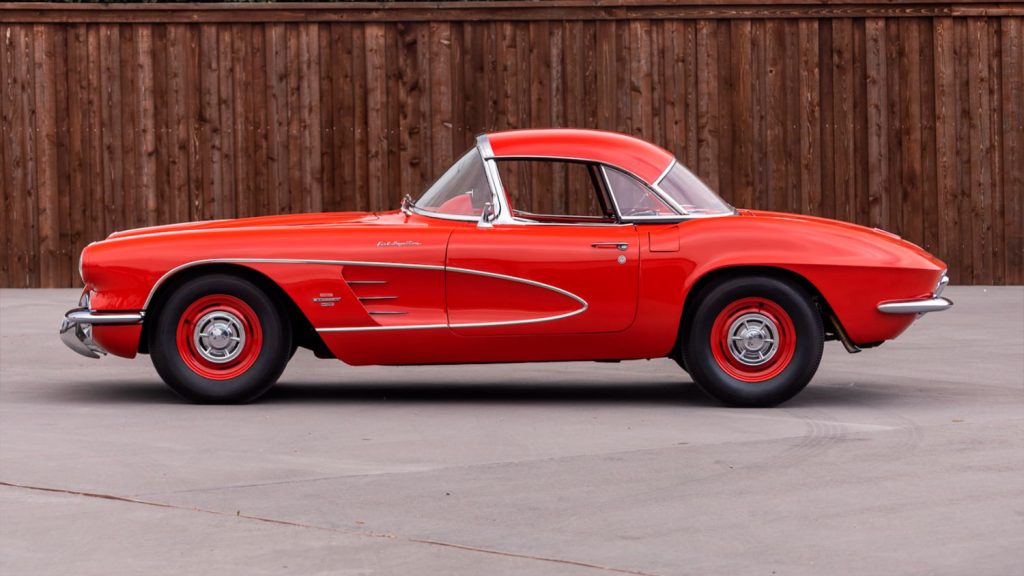 A number of other engines could be had in the 1961 Chevy Corvette, including 283s with dual four-barrel carb set-ups rated at either 245 or 270 horsepower, or either of two fuel-injected 283s rated at 275 or 315 horsepower. There were three transmission choices available; the base three-speed manual, the four-speed manual, or the two-speed Powerglide automatic. Of the nearly 11,000 Corvettes to leave the St. Louis plant, only 1,462 were equipped with the Powerglide – 1,226 with the base 230-horsepower engine, 232 with the 245-horse engine. 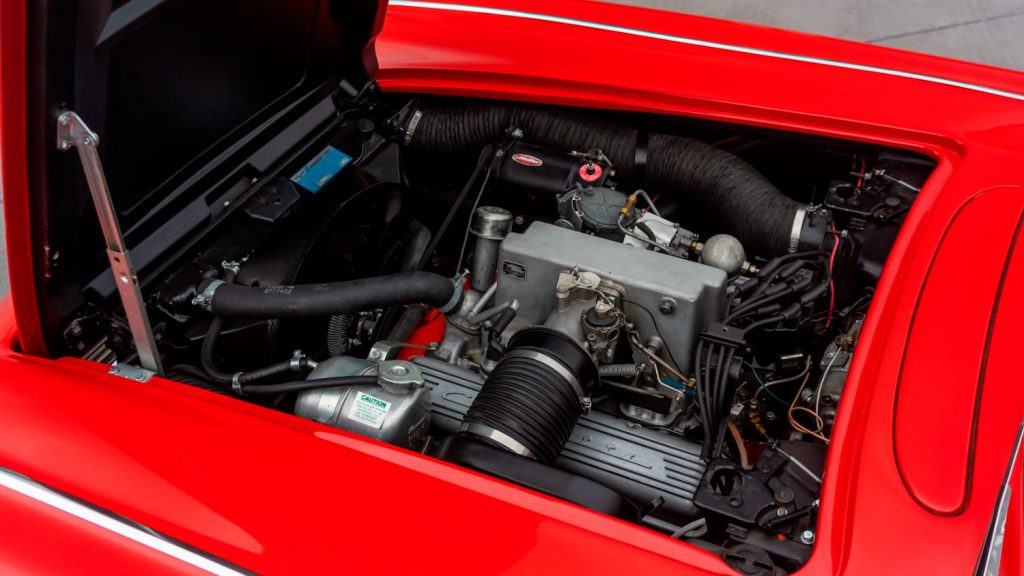 The 1961 Chevy Corvette could be optioned with RPO (Regular Production Order) 687 Heavy-Duty Brakes and Special Steering. RPO 687 was much more than the name implied, as it included air scoops and deflectors for the front brakes, air scoops for the back brakes, metallic brake linings, finned brake drums with cooling fans, special front and rear shocks, a quick steering adaptor, and required RPO 354 315-horsepower fuel-injected engine or RPO 468 270-horsepower dual-carb engine, and a Positraction rear axle. 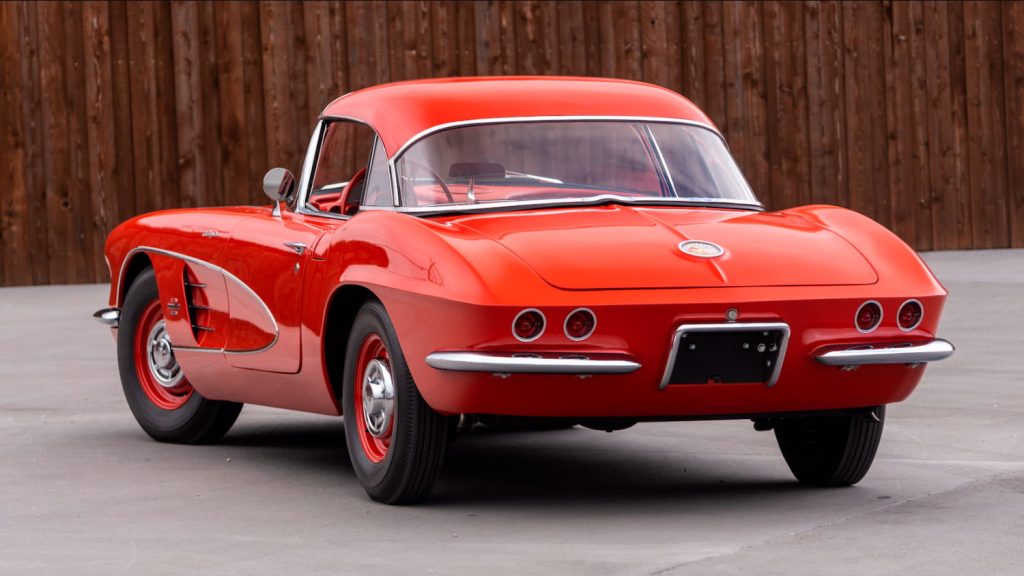 Our feature 1961 Chevy Corvette is finished in Roman Red with a Roman Red hardtop and red vinyl interior. It was ordered without a radio, heater, or soft top. It is powered by its’ numbers-matching drivetrain, a 315 horsepower Rochester fuel-injection 283 backed by the BorgWarner T10 four-speed manual transmission. It was optioned with RPO 687 Heavy-Duty Brakes and Special Steering (one of only 233 for 1961), 5.5-inch wide steel wheels with dog dish hubcaps, and the 3.70 Positraction rear end. 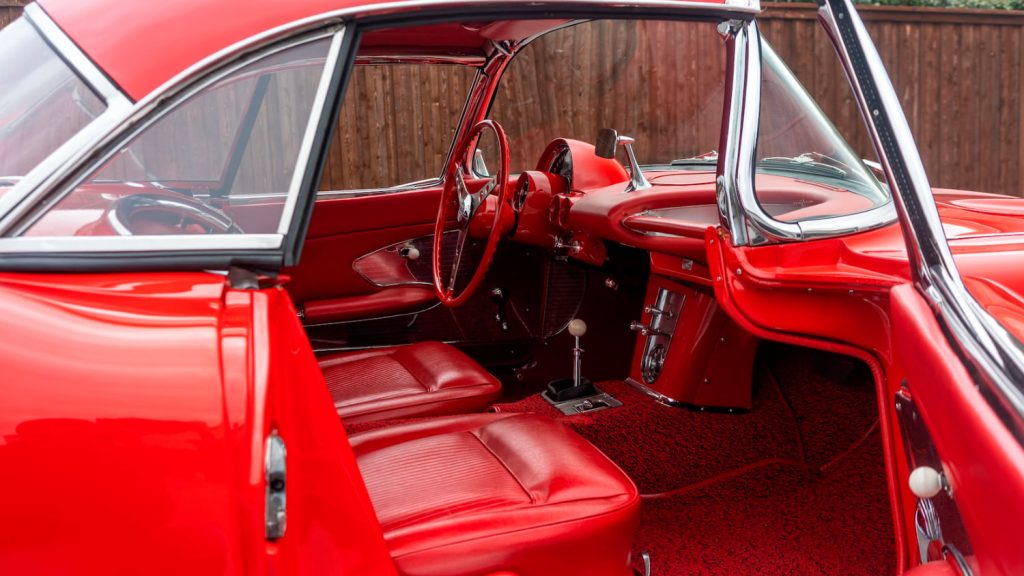 This beautiful and rare Chevy Corvette will be up for grabs at the Mecum Auctions Monterey event taking place August 18th through the 20th. 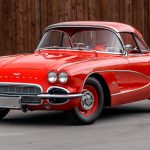 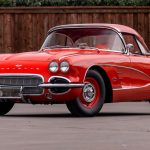 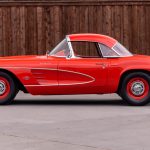 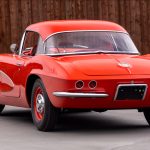 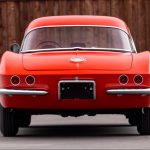 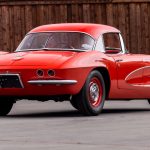 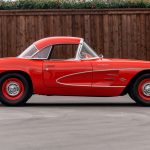 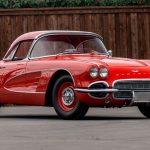 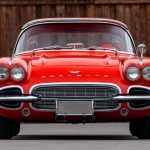 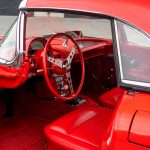 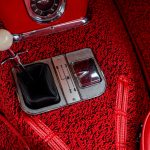 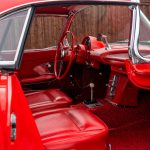 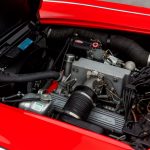 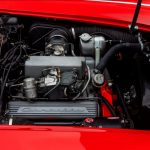