As it stands, GM has announced four trim levels for the new Chevy Blazer EV, listed from bottom to top as the 1LT, 2LT, RS, and SS. While trim like the RS and SS add performance and street style to the Blazer EV nameplate, an off-road-oriented trim is conspicuously absent from the lineup. 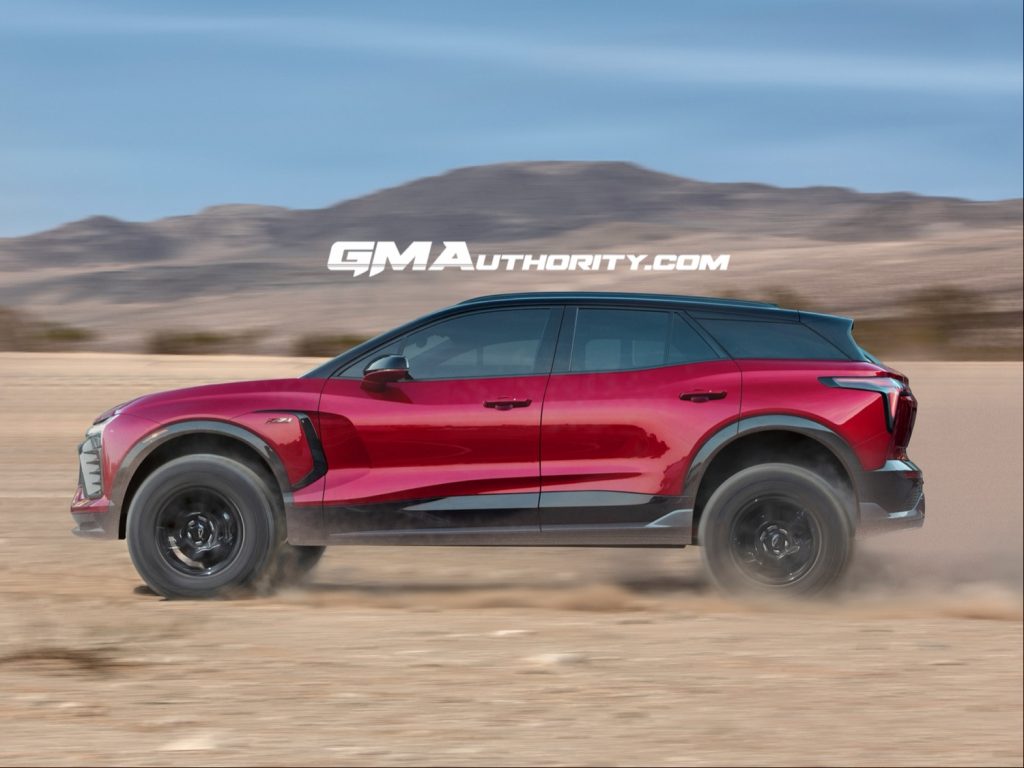 With that covered, let’s look over the rendering. The exterior incorporates the latest Chevy Blazer EV styling with broad, horizontal lighting signatures across the front fascia and deep line cuts front to back, creating a geometric, technical aesthetic that communicates the vehicle’s modern battery-driven drivetrain.

To this, our Z71 rendering adds in all the usual off-road goodies. Chief among these is an elevated ride height, as well as a set of off-road tires for a set of split-five-spoke wheels. The front end is also equipped with a set of red tow hooks, while Z71 badging confirms the model’s rough-stuff intentions. To note, we declined to change the shape of the front and rear bumpers, as the Z71 trim levels typically don’t include such changes. 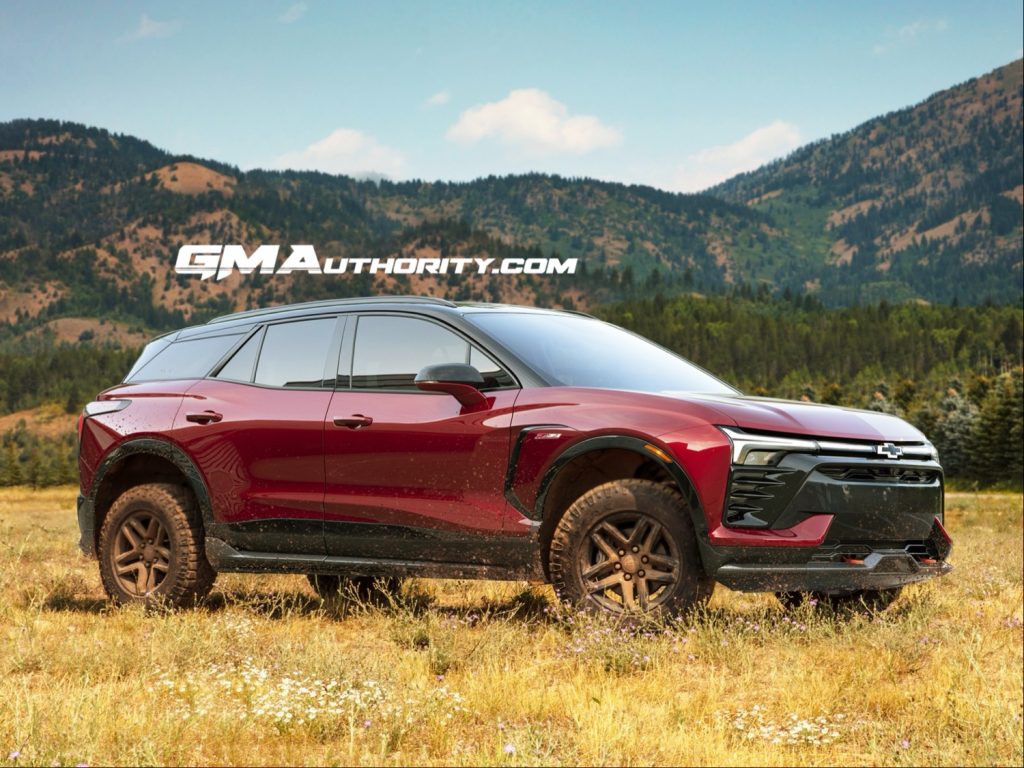 With its black and red exterior color treatment, including the two-tone roof, the Chevy Blazer EV Z71 looks long and tall, while we can imagine the off-roader taking cues from the GMC Hummer EV with regard to electron-powered adventuring tech.

Do you think GM should offer a Chevy Blazer EV Z71 trim? Let us know by voting in the poll below, and make sure to subscribe to GM Authority for more Chevy Blazer news, Chevy news, GM electric vehicle news, GM technology news, and around-the-clock GM news coverage.