The Corvette C8 has broken new ground as the first-ever production mid-engine sports car to wear the iconic crossed flags badge. However, there’s something even more innovative headed down the pipe – the Corvette E-Ray, which upends tradition as a hybrid, all-wheel drive variant of the popular eighth-generation performance machine. Now, GM Authority has exclusive video of Chevy Corvette E-Ray prototypes putting in some hot laps at the Nurburgring racetrack in Germany.

Hosted by GM Authority Executive Editor Alex Luft, the video goes over several clips that show the Corvette E-Ray out for testing at the infamous German race track. Luft kicks it off by dispelling a few misconceptions about the new Corvette E-Ray, namely the rumor that the E-Ray will be purely electric. This is false, as this particular variant will actually mate the naturally aspirated 6.2L V8 LT2 gasoline engine from the C8 Stingray with a new electric drivetrain, making it a gasoline-electric hybrid.

Right about now, you might be asking how we know that the vehicle being tested here is a hybrid. Great question! See that yellow sticker on the top corner of the rear glass? That’s a tell-tale sign that the model sports an electrified drivetrain. Required by the Nurburgring, the sticker tells first responders that they’re dealing with high voltage systems in the case of an accident or some other type of emergency. Given that there is clearly an exhaust note present on these prototypes, there’s only one option remaining here: gasoline battery-electric hybrid.

With that, we get to the footage, where we see a pair of Corvette E-Ray Coupe prototypes rolling around the local roads leading to the Nurburgring, the exhaust note clearly sounding like that of the C8 Stingray. 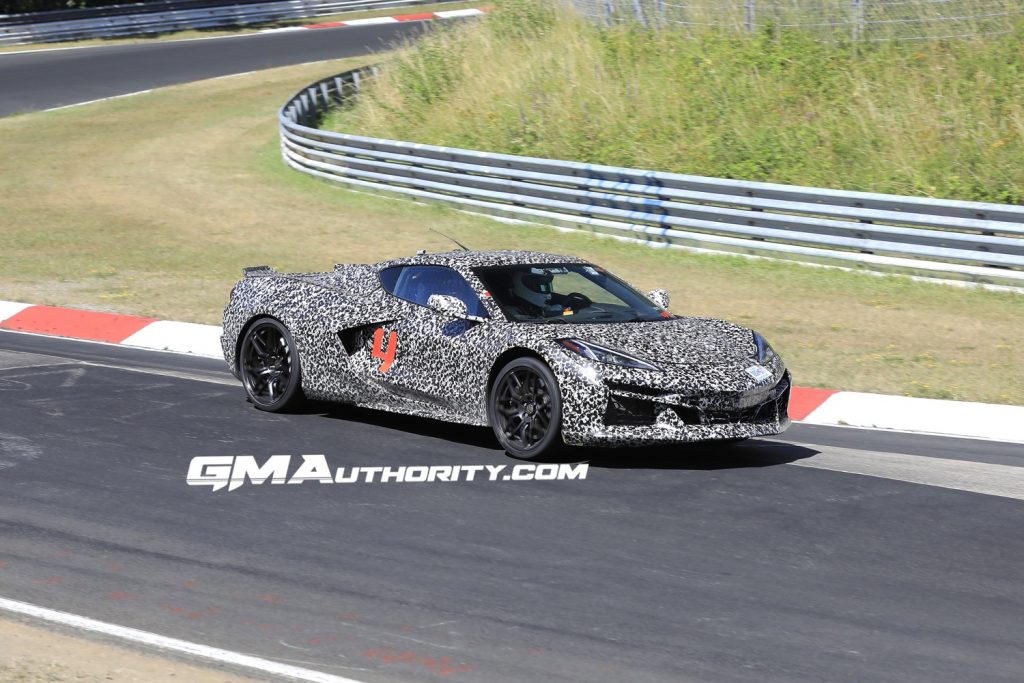 The next clips puts the new Corvette E-Ray on the track, where we see it carving corners and squealing the tires as the driver gets the hammer down. With the same widebody treatment as the C8 Z06, plus all-wheel grip, the Corvette E-Ray slingshots through the turns, and sounds great while doing so.

Other notable exterior features of the Corvette E-Ray will include outboard exhaust treatment (much like international-market C8 Z06 models) and aluminum “spider” wheels with a black finish (carried over from the Z06). 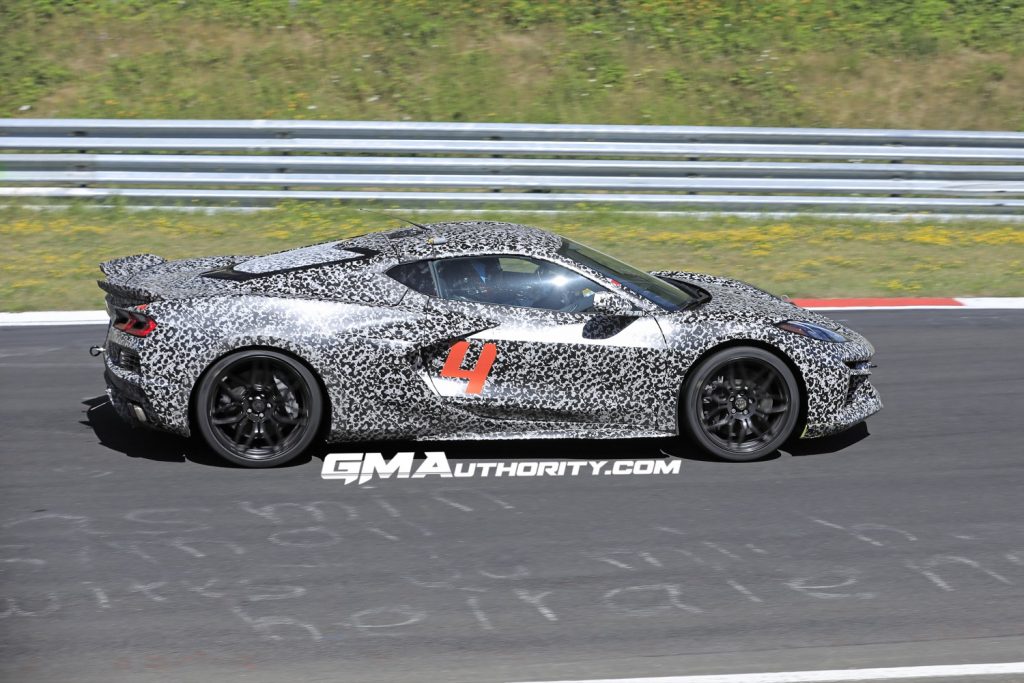 It was originally believed that the Corvette E-Ray will serve as an indirect replacement for the Grand Sport in the Corvette C8 model lineup, however, this may have changed recently, as GM has filed to trademark Grand Sport – indicating that a C8 Grand Sport could end up being part of the lineup after all. Either way, Corvette E-Ray output is expected to be around 600 horsepower, with both a two-door Coupe and hardtop Convertible body styles offered. 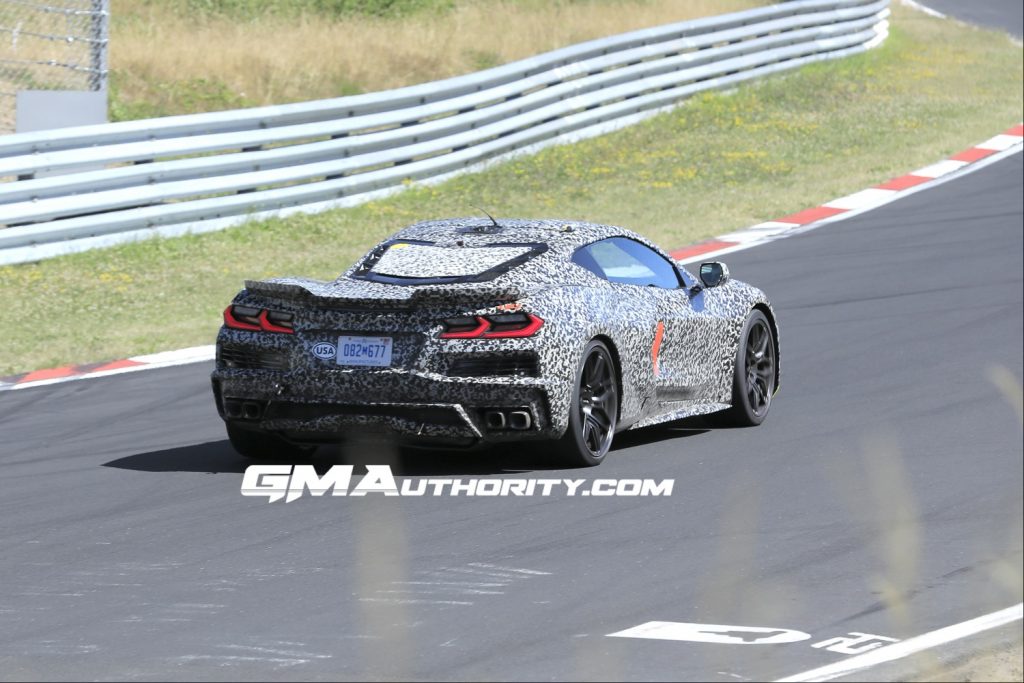 Look for the Corvette E-Ray to make its formal introduction in 2023 as a 2024 model year vehicle.