Intended to be a maximum performance offering, the Chevy Corvette L88 was first introduced for the 1967 model year. The L88 was the brainchild of Zora Arkus-Duntov, the “Father of the Corvette,” as a way of skirting GM’s corporate racing ban with a factory-built competition car. The L88 package included a cast-iron 427 cubic-inch block with four-bolt mains, forged internals, performance solid lifter cam, 12.5-to-one compression, transistorized ignition, and a Holley 850 CFM carburetor atop an aluminum intake. The whole enchilada was grossly underrated at 430 horsepower. With a bit of tuning and a set of headers, 550-600 horses were easily achievable. 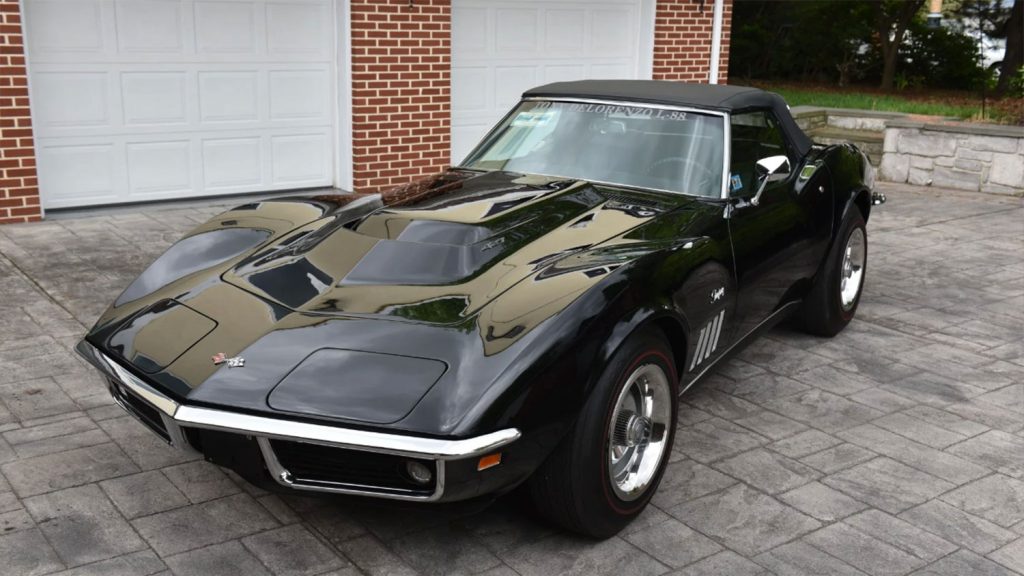 Ordering the L88 option on a Chevy Corvette wasn’t as easy as just checking a box; other considerations had to be made. The $947.90 (in 1967) option required the addition of J56 Special Heavy Duty Power Disc Brakes, F41 Special Front and Rear Suspension, the Muncie M22 “Rock Crusher” transmission (although the Turbo-Hydramatic three-speed auto would be available beginning in 1968), and a Positraction rear differential. The L88 could not be had with electric windows, power steering, radio, or air conditioning, further discouraging use as a street car. The L88 option was only available for 1967, 1967, and 1969, with production of 20, 80, and 116 copies respectively, making it one of the rarest production Corvettes. 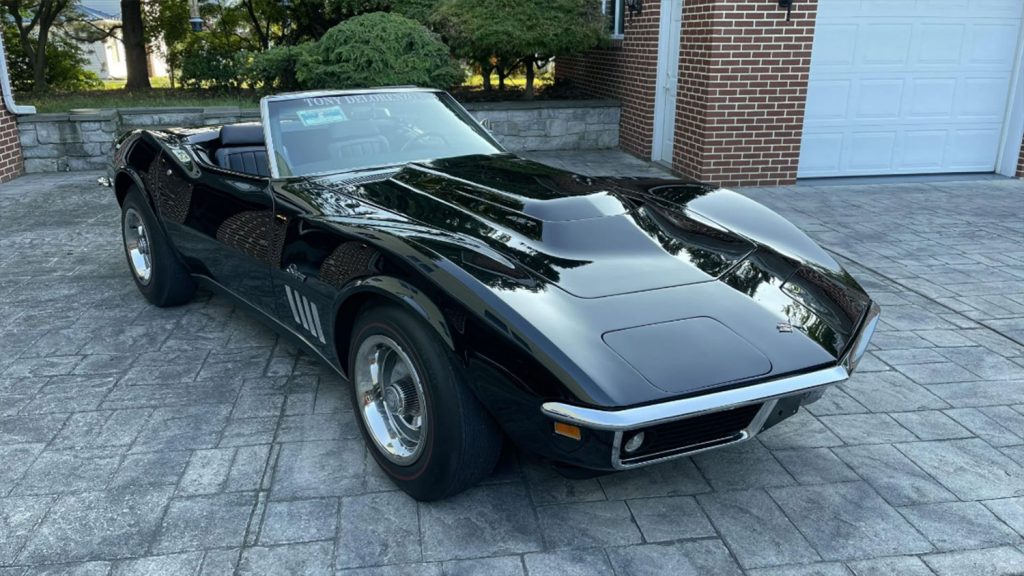 Our feature 1969 Chevy Corvette L88 convertible is finished in its factory shade of Tuxedo Black over a black vinyl interior and black vinyl soft top. It is powered by its numbers-matching L88 427 backed by a Muncie M22 four-speed manual.  It was delivered to Tony DeLorenzo, Corvette racer and National Corvette Hall of Fame member. DeLorenzo modified the body, then sold it to a European buyer. The car would return to the US in 2004. It was restored to factory trim in 2005 by the famed Nabers Brothers of Houston. The Corvette has since been awarded a Bloomington Gold certification, an NCRS Top Flight award, a Gold Spinner award, and a Chevy/Vettefest Nationals Triple Crown. 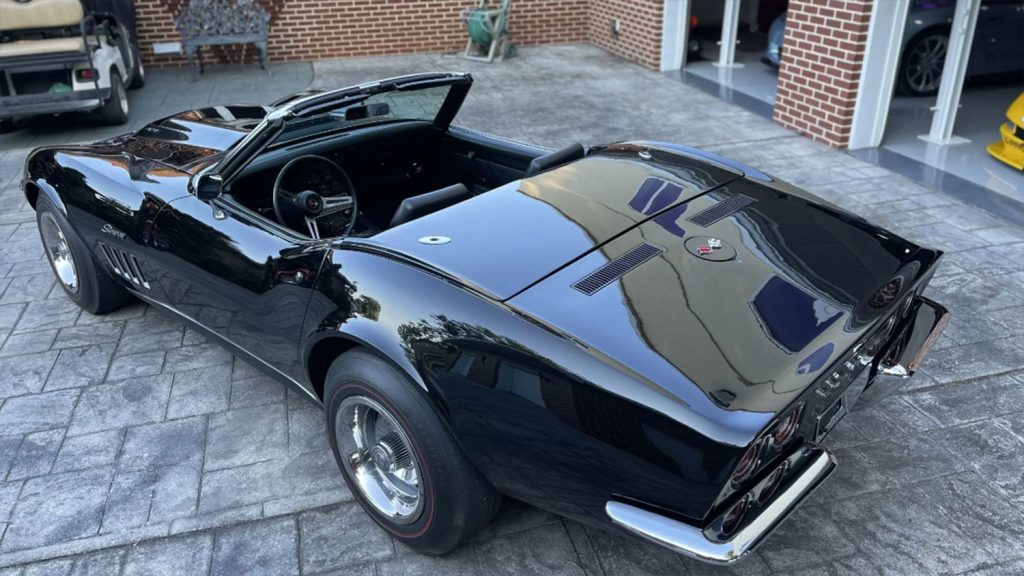 With the list of awards captured, it is no surprise the exterior, interior, and engine bay of the Chevy Corvette all present as new. The Tuxedo Black finish is as glossy as showroom, if not more so. Chrome bumpers and trim have all been either re-plated or replaced, stainless is highly polished, and panel gaps are consistent with factory specs. Bias-ply redline tires wrap around silver painted steel Rally wheels trimmed with polished beauty rings and center caps. 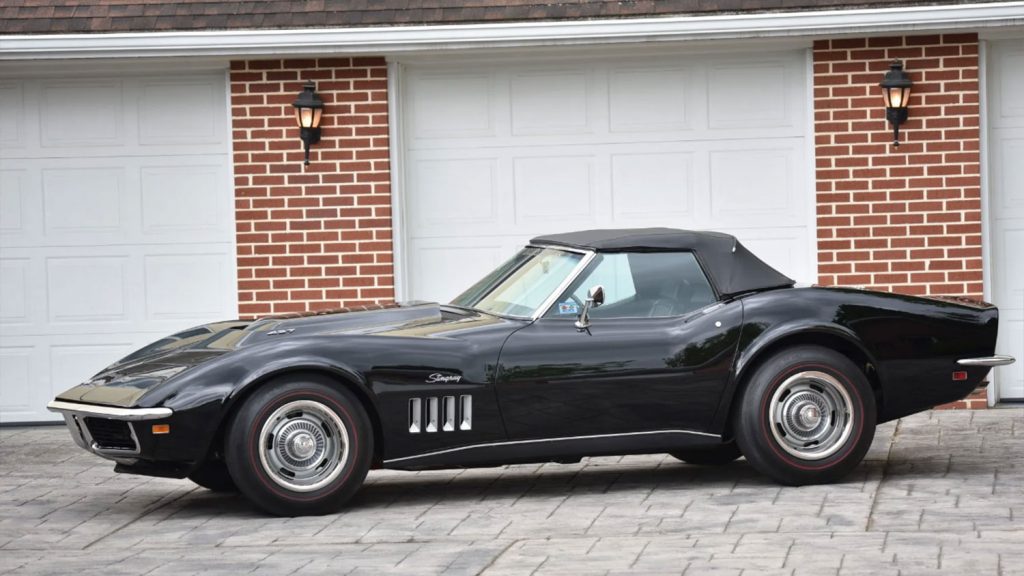 Inside the Chevy Corvette convertible is black vinyl interior that shows no signs of wear or use. The carpets and seats are colorfast. The dash is as new, with nothing to indicate exposure to the sun or elements. Below the center instrument stack is a radio delete panel, consistent with the L88 option. In case you have forgotten what stripe of beast you are piloting, there is a decal just beneath the parking brake that reads: WARNING: VEHICLE MUST OPERATE ON A FUEL HAVING A MINIMUM 103 RESEARCH OCTANE AND 95 MOTOR OCTANE OR ENGINE DAMAGE MAY RESULT. 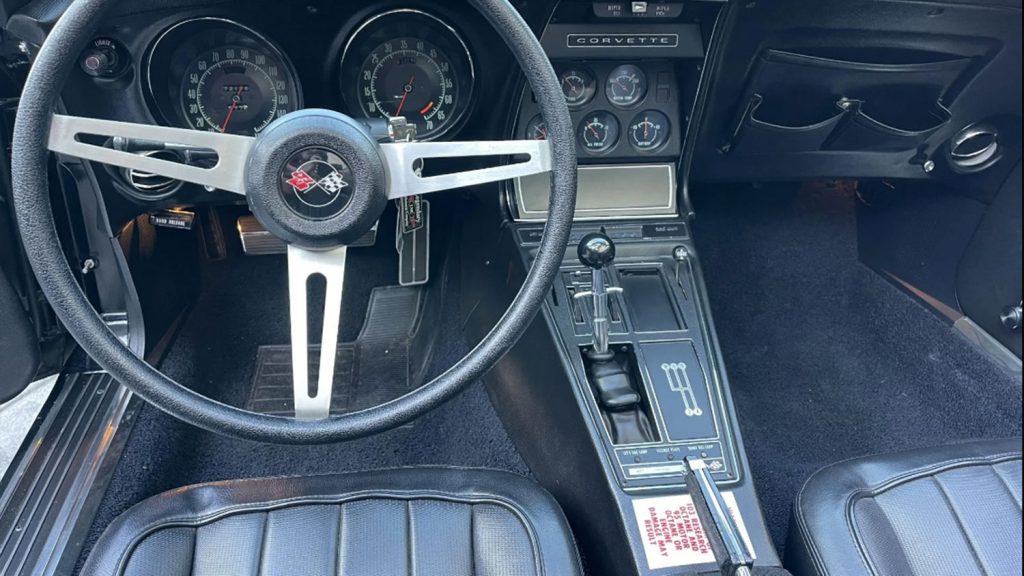 The engine bay on the Chevy Corvette features the center “cage” that is the hallmark of an L88 instead of a more traditional air filter. There is no ignition shielding as would be found in a standard Corvette, as the lack of radio negates it. Massive chrome valve covers add a bit of jewelry to the engine bay. The AIR pump is still in place. 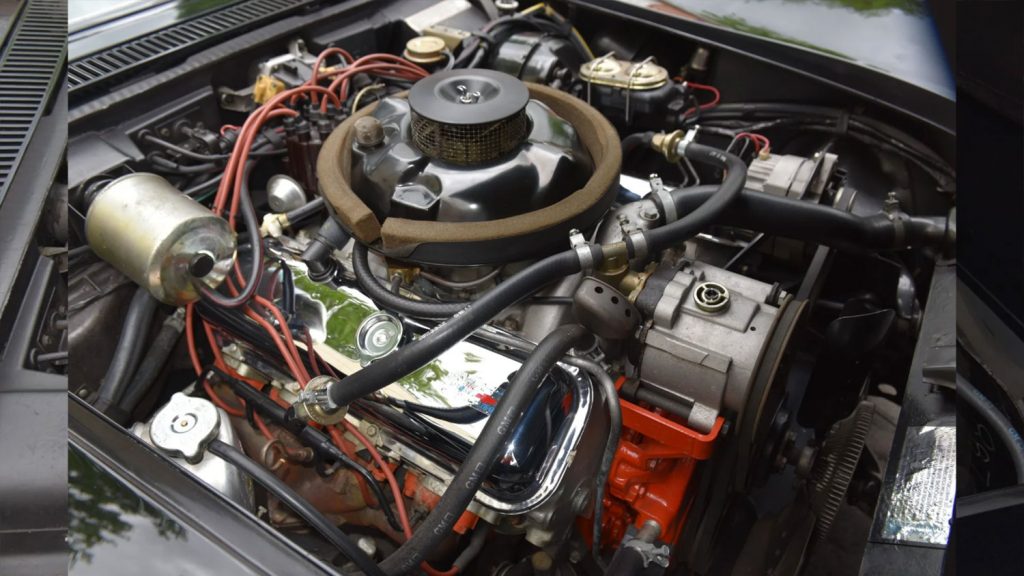 This particular Chevy Corvette L88 convertible was previously sold in 2014 at the Mecum Auctions Dallas event for $680,000. It is also listed on the Corvette C3 Registry. It is offered with the window sticker, an NCRS Shipping Data Report, and historical photographs. 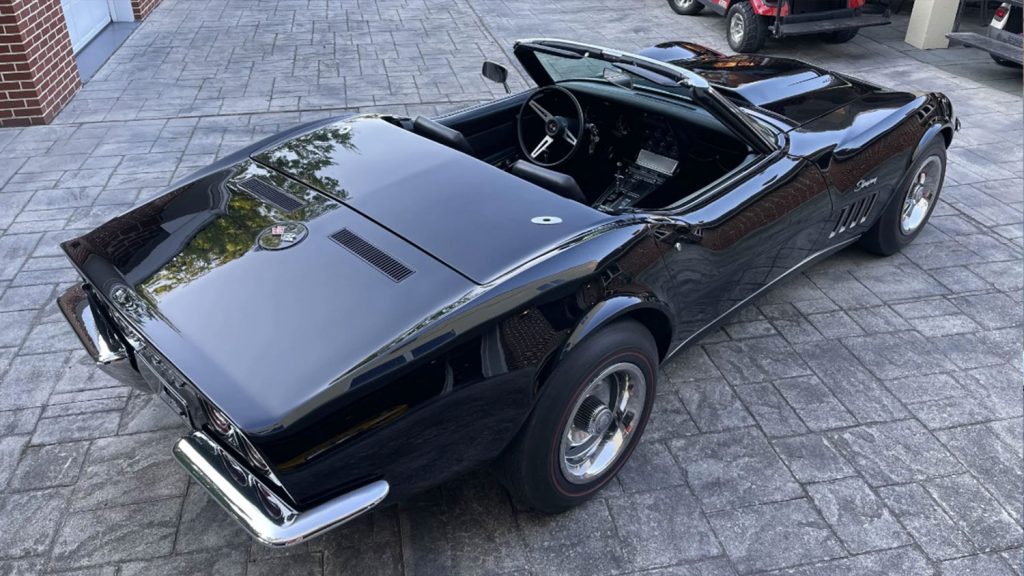 This rare Chevy Corvette L88 convertible is currently being auctioned on Bring a Trailer with two days to go at the time of writing, and bidding at $430,000. 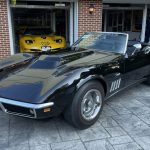 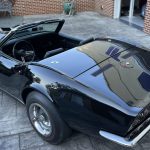 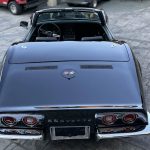 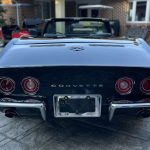 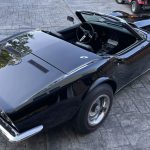 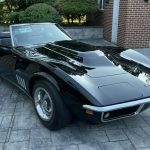 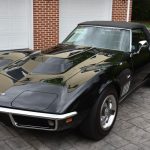 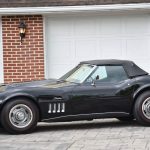 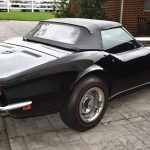 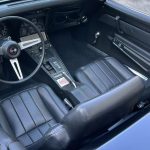 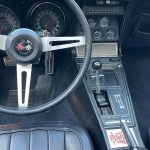 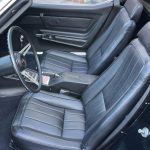 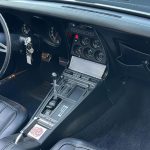 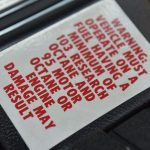 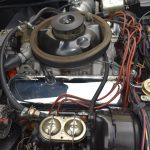 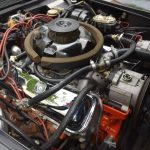 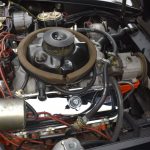