Reddick’s No. 8 Nascar Chevy made it around the 2.589-mile 14-turn road course in 88.354, topping out at 99.378 mph. His time makes him the only member of the Bow Tie racing team that will start in the top five. Austin Cindric’s No. 2 Ford Mustang will start second with a time of 88.606 seconds, followed by the No. 14 Mustang of Chase Briscoe in third with a time of 88.725 seconds. Christopher Bell’s No. 20 Toyota TRD Camry will start fourth, and Joey Logano’s No. 22 Mustang will start fifth. Chase Elliott, driver of the No. 9 Nascar Chevy and current points leader, will start eighth after his technical victory last week at Pocono Raceway. 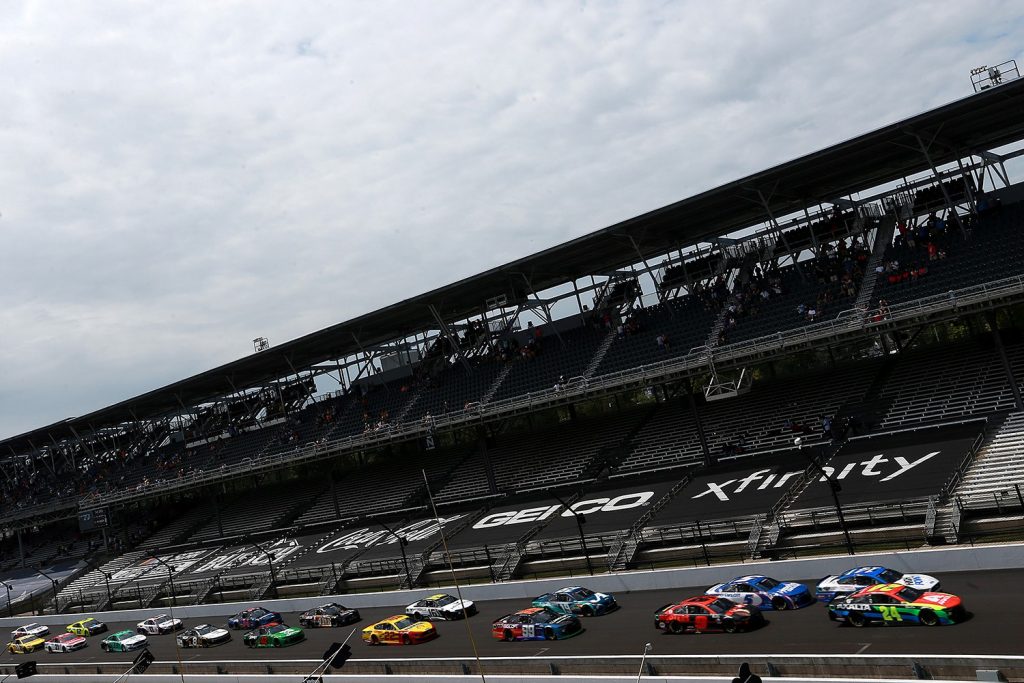 Meanwhile, William Byron’s No. 24 Nascar Chevy was undamaged after his team’s tractor-trailer caught fire outside the speedway on Thursday, and thankfully, no injuries were sustained. “A huge thank you to everyone who helped out with the 24 hauler today including the track, NASCAR, the local fire department and other team hauler drivers. Everyone jumped in and helped our team out today and that support means a lot to all of us on the 24 team,” Byron wrote in a social media post. It’s not clear what caused the fire. The No. 24 Camaro will take the green flag in 23rd.

The William Byron hauler generator apparently caught on fire. Team has unloaded the car and it appears OK. pic.twitter.com/VLCfGZE1dh

It’s also worth noting that three teams were nabbed for failing post-qualifying inspection, including the No. 16 Camaro of AJ Allmendinger, the No. 31 Camaro of Justin Haley, and the No. 26 Mustang of Danil Kvyat. Each team lost a crewmember and pit selection for Sunday’s race. Nascar did not disclose the reasons for inspection failures. Additionally, Ty Gibbs will drive the No. 45 Camry in place of Kurt Busch, who sustained a concussion in a qualifying wreck last weekend.