GM is currently in the midst of developing the next generation of its popular Chevy Colorado and GMC Canyon mid-size pickups. The General isn’t the only automaker currently baking up a new-and-improved mid-size truck, though, with development of the next-gen Toyota Tacoma now also underway. 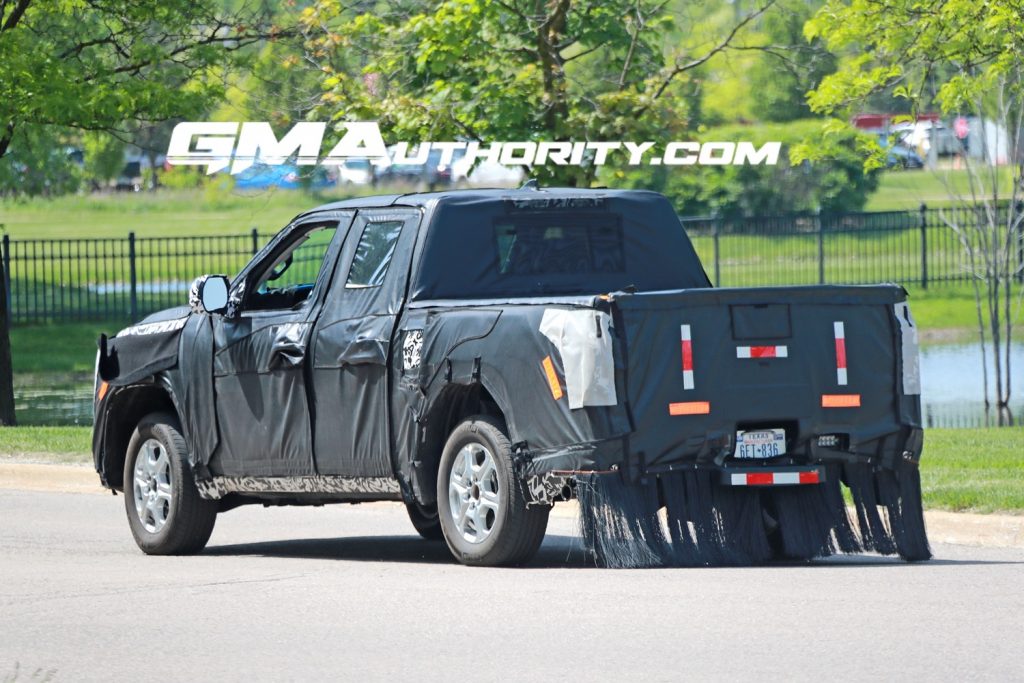 We know development of the next Toyota Tacoma is ongoing, as our sharp-eyed spies recently caught a chassis mule for the upcoming mid-size truck testing on public roads in Ann Arbor, MI. While some publications have identified this truck as being a Tacoma prototype, we hear it’s actually just a chassis mule comprised of a current modified Tundra body draped over the top of the Japanese automaker’s existing TNGA-F body-on-frame platform. That’s why this vehicle is sporting the same grille and side mirrors as the current Tundra, and has a similar silhouette with its Double Cab body. 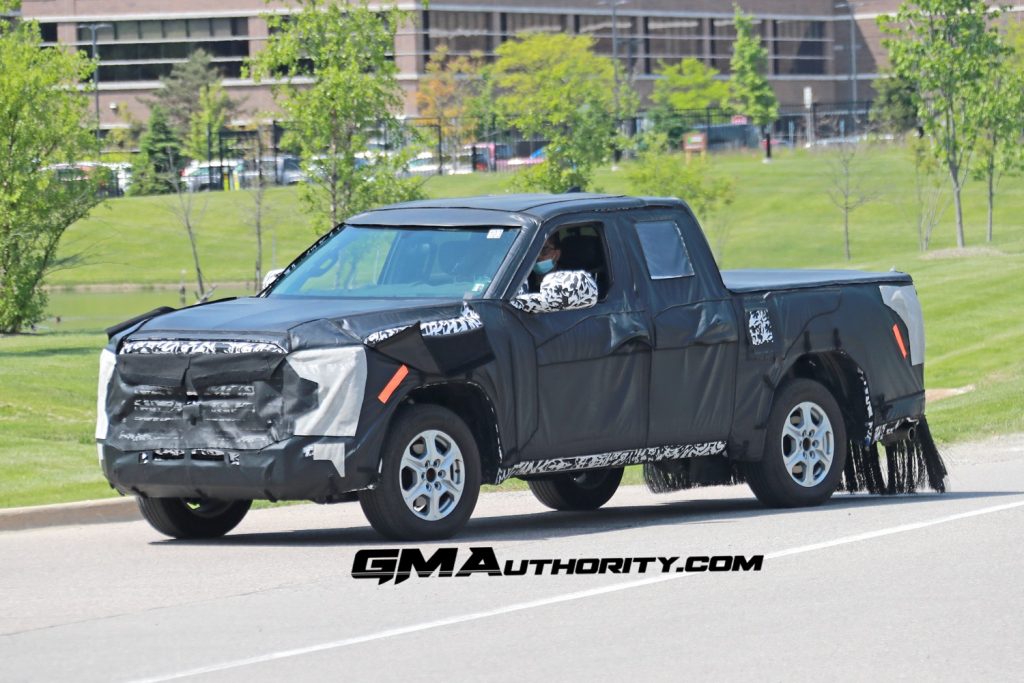 As this is a chassis mule only, the heavily camouflaged body can’t tell us anything about how the future Tacoma will look. The interior was also cobbled together from current Tundra parts and is thus also not representative of new Tacoma’s cabin. We’re expecting larger available infotainment display screens, though, along with modernized dash and console styling and additional soft touch points. 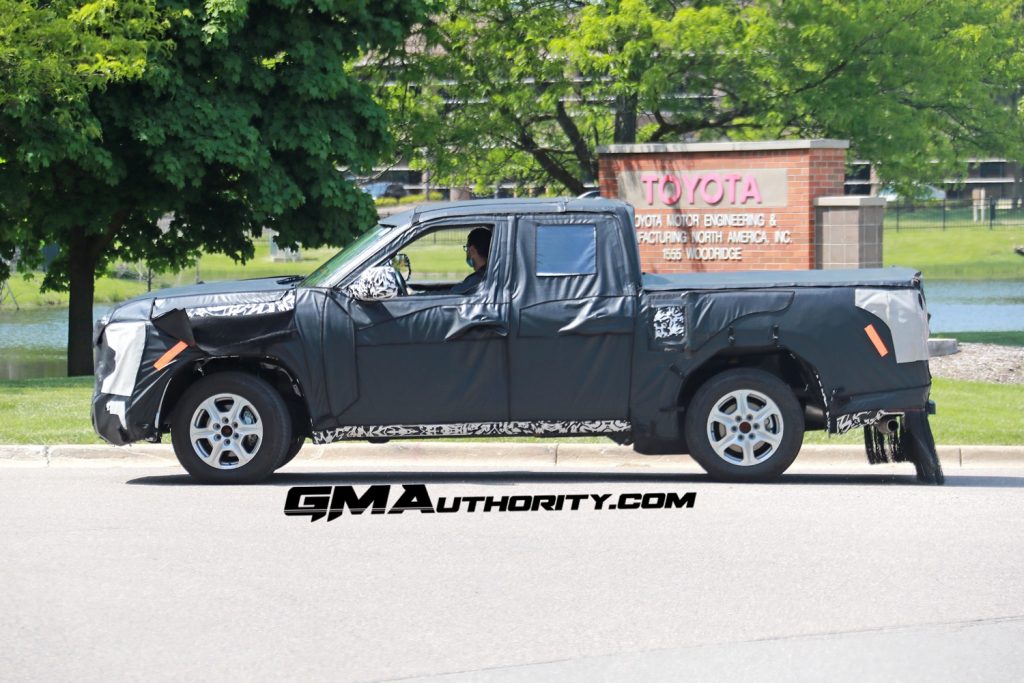 Rumors allege Toyota’s new turbocharged 2.4L engine, initially introduced in the latest Highlander, will be used in the new Toyota Tacoma. This engine is rated at 265 horsepower and 309 pound-feet of torque in the three-row crossover, although these figures are expected to be slightly higher in the new Tacoma. This means the nameplate will follow in the footsteps of the next-gen Colorado and Canyon, which will ditch the naturally aspirated 3.6L LGX V6 engine in favor of GM’s turbocharged 2.7L L3B four-cylinder. This will be the only engine offered on both the Colorado and Canyon.

The Toyota Tacoma is the mid-size pickup segment sales leader, and by quite a wide margin. The Japanese automaker sold 108,648 examples of the truck in the first six months of this year, giving it a whopping 39 percent market share. The Chevy Colorado is second with sales of 41,190 units, giving it a 16 percent market share, while the Canyon is last with sales of 13,661 units and five percent market share. GM will certainly be looking to steal some of this share from Toyota with its update mid-size pickups, but these spy photos show the Japanese brand won’t be far behind with an overhaul of its own. 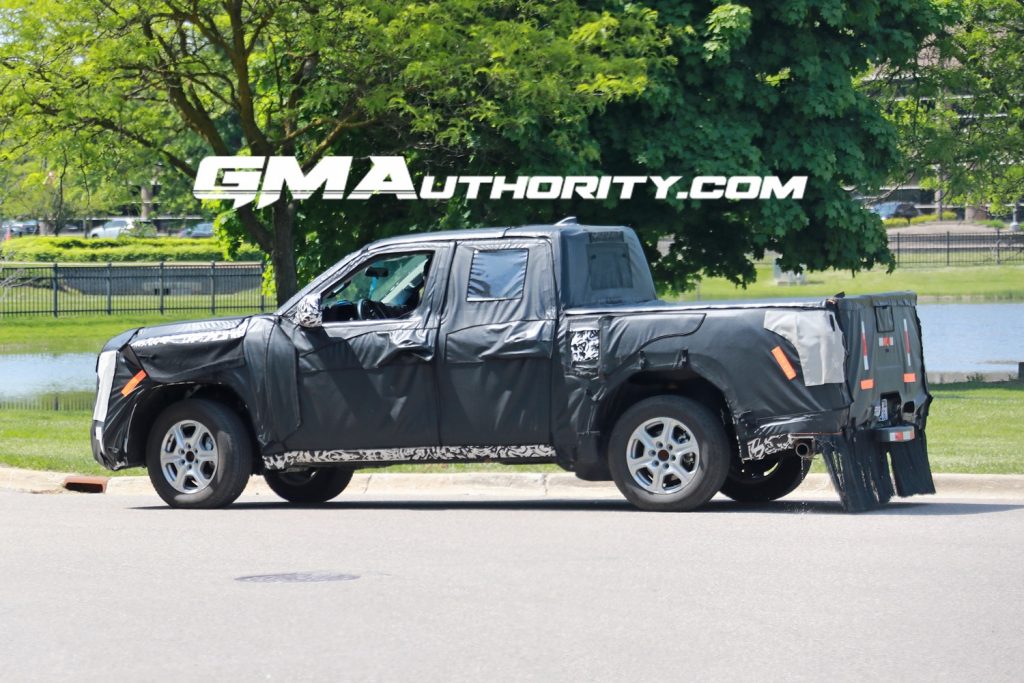 The production-ready Toyota Tacoma is expected to make its official debut in late 2023. The updated Colorado and Canyon, meanwhile, will debut this year and will go on sale 2023 model year.