One day after the California Department of Motor Vehicles granted the GM-owned autonomous driving firm Cruise a permit to begin charging passengers for rides in its self-driving Chevy Bolt EV robotaxis, one of these vehicles was involved in a crash. Injuries were disclosed, and per a report by the San Francisco Police Department, one of the AV’s passengers was transported to a hospital.

Automotive News reported on the incident, which occurred on June 3rd, 2022. Three adult passengers were traveling in the Cruise AV in autonomous mode when it collided with a Toyota Prius in an intersection. The Prius, which carried two adult passengers, allegedly entered a right-hand turn lane as the Cruise AV executed a left-hand turn through the intersection. Despite having entered the right turn lane, the Prius continued straight into the intersection and struck the side of the Cruise AV, causing damage to the Bolt EV’s right rear.

Investigation into the crash remains open, although details from a regulatory filing written by Todd Brugger, vice president of global markets at Cruise, allege that the Bolt EV came to a complete stop in the road before attempting to complete its left turn, and that the Prius was speeding. 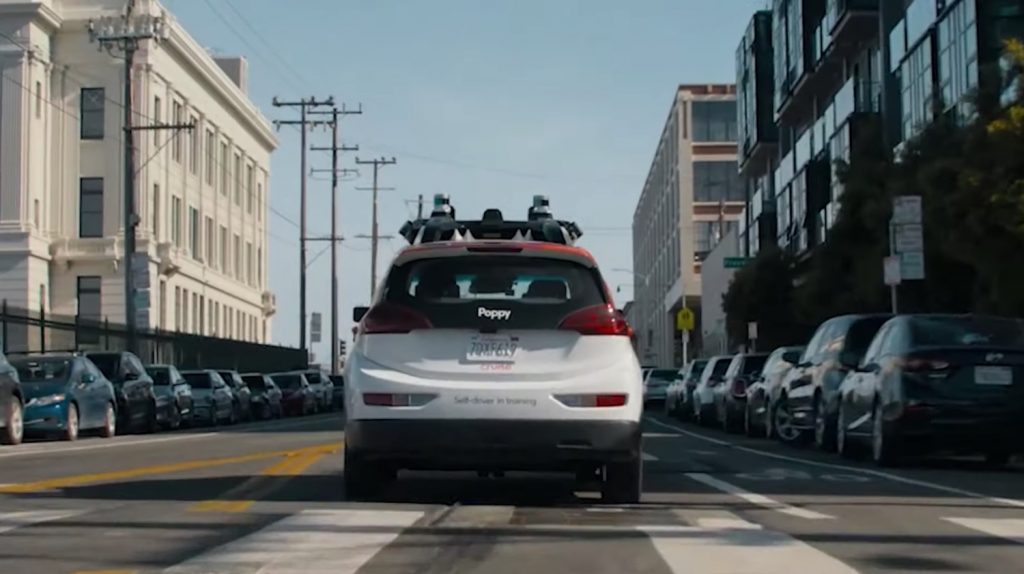 An SFPD spokesperson stated that no citations were issued and no arrests were made following the crash. The nature of the ongoing investigation prevented them from going into further detail.

This isn’t the first time a Cruise AV has run into trouble with the SFPD. Earlier this year, one of the self-driving vehicles was pulled over and left the scene, driving through an intersection before coming to a stop a few hundred feet down the road. In another incident, a Cruise AV partially blocked the path of a San Francisco Fire Department vehicle that was headed to an emergency. The autonomous vehicle had been double-parked on a busy roadway to let a passenger out.