The National Highway Traffic Safety Administration has launched an investigation into General Motors over alleged issues with the rearview camera in certain Cadillac XT5, XT6 and GMC Acadia crossover models.

The federal safety watchdog said this week that it had received 11 complaints regarding faulty rearview cameras in affected GM crossover models and is also aware of one reported crash tied to the problem. Owners of affected vehicles say the infotainment screen will appear black when it should be showing the image from the rear-facing camera, or may show a red triangle and a circle with a line through it. The investigation covers approximately 190,151 vehicles.

NHTSA’s website shows a handful of complaints related to the backup cameras in affected vehicle models. One complaint received from a Cadillac XT6 owner on June 24th, 2022 alleges the rearview camera is “intermittently non-functional when placed in reverse gear,” and shows a “red triangle and red camera icon,” on the screen, along with “a circle and slash through it.”

“There have been multiple complaints about this serious problem on the Cadillac Owners Forum,” the Cadillac XT6 owner said in their complaint. “I make deliveries to senior citizens’ homes (Meals on Wheels) with this car and need my backup camera to work. I no longer feel safe driving this car. I have contacted my dealership (Lafontaine Cadillac in Highland, Mich.) and they will not accommodate a service appointment and supply a loaner car until July 22, 2022.” 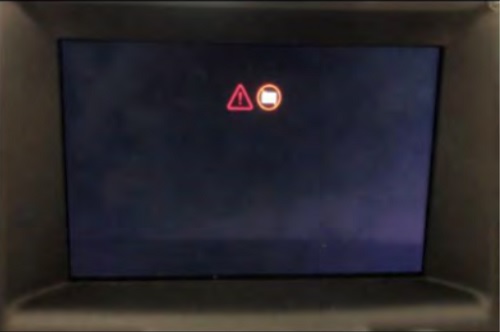 A GM service bulletin for this issue published in May of last year indicates the problem may be related to a wiring connection and suggests technicians replace an associated coaxial cable in affected vehicles. The earliest TSB for this issue was first published in December of 2020, indicating GM has known about the issue for roughly a year and a half. An official safety recall for this problem has not yet been issued by GM.