The GMC Yukon GT was a two-door SUV only produced for a few short model years between 1993 and 1997. Recently, an automotive artist known for 3D renderings of imaginary vehicles undertook the challenge of rendering what a modern-day version of the Yukon GT could look like.

Oscar Vargas posted a series of renderings on his Instagram page, first showing a side-by-side comparison between a real GMC Yukon GT from the mid-1990s and the modern-day version. The modern SUV retains the iconic square-body styling borrowed from the fifth-generation Yukon, but of course, instead of a traditional four-door setup, its wheelbase is shortened to accommodate two doors. The C-pillar has been removed, and the rear window extends from the B-pillar all the way to the liftgate. 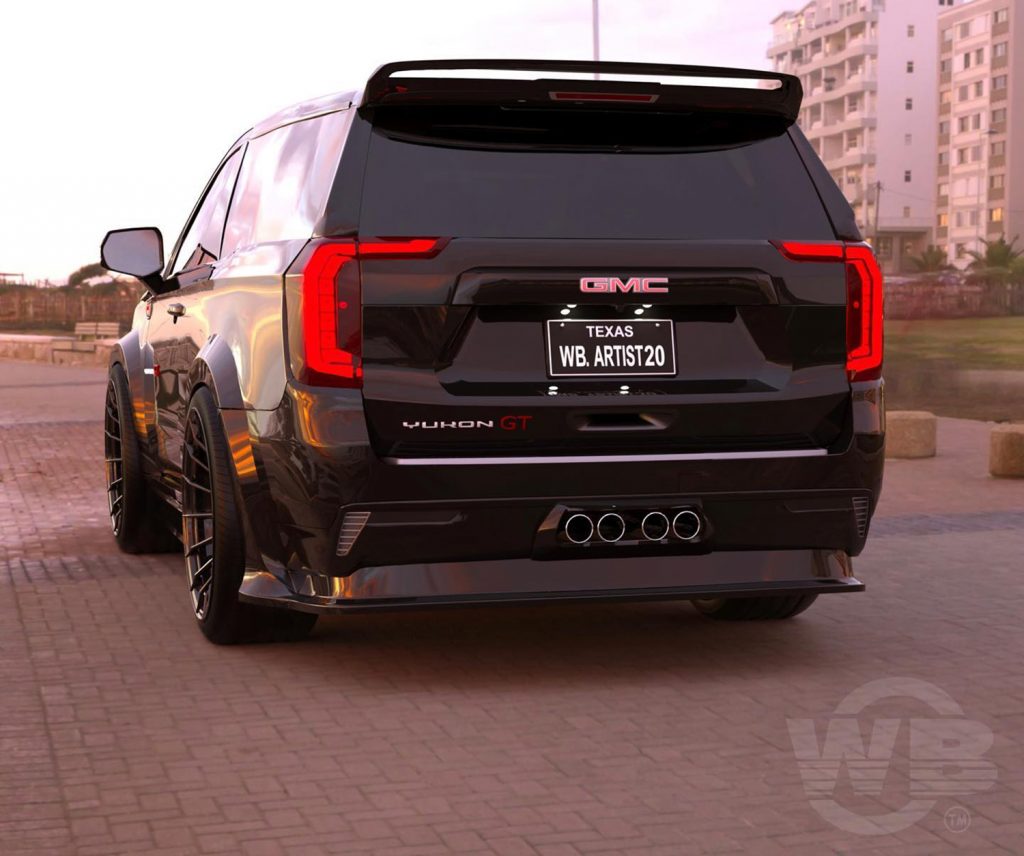 True to the first-generation Yukon GT it pulls inspiration from, the modern version also has monochromatic trim instead of chrome for a sleek, blacked-out look, along with the white and red “Yukon GT” badging along its doors, liftgate and grille. Deviating from the original, it features exaggerated fender flares and a lowered stance, along with race car-like front splitters and rear diffusers, as well as a spoiler affixed to the lift gate to help it maintain performance at speed.

Interestingly, the artist chose to give this Yukon GT render a set of gullwing doors in the interest of making parking in tighter spots easier. It also features a clamshell hood with the hinges in the front, making the hood less likely to lift unexpectedly at high speeds. Clearly, this SUV was rendered for speed and top-tier performance, along with a throaty engine sound made possible through the quad-exhaust outlets piped through the rear of the vehicle.

There aren’t any plans for GMC to produce a fifth-generation Yukon GT, but this rendering is certainly a fun spin on the SUV. Let us know if you’d consider one by voting in the poll below, and don’t forget to subscribe to GM Authority for more GMC Yukon news, GMC news, and around-the-clock GM news coverage.