This 1964 GMC 1000 Stepside has undergone a complete restomod transformation courtesy of Sharpe Automotive in Southern California, and now, it’s hitting the blacktop as an ultra-clean, show-quality build with the power to match, as seen in the following 10-minute feature video. 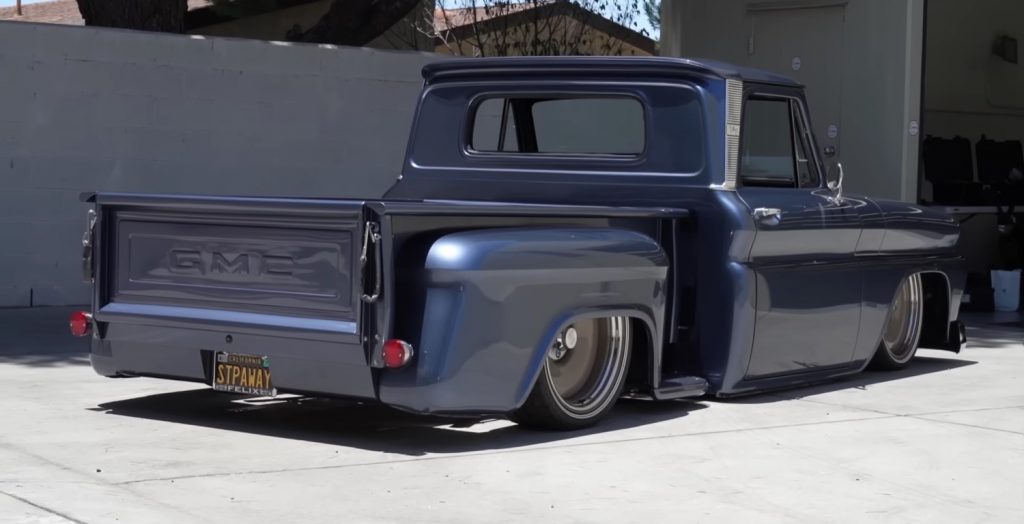 Once again coming to us from AutotopiaLA, the video goes over some of the build highlights with a brief walkaround, followed by some driving action as the GMC 1000 rolls out on the street. Suffice to say, this thing has the goods to turn heads and shred some tires.

“The only thing original about it is the body,” says the truck’s owner. “Everything else has been touched and customized.” 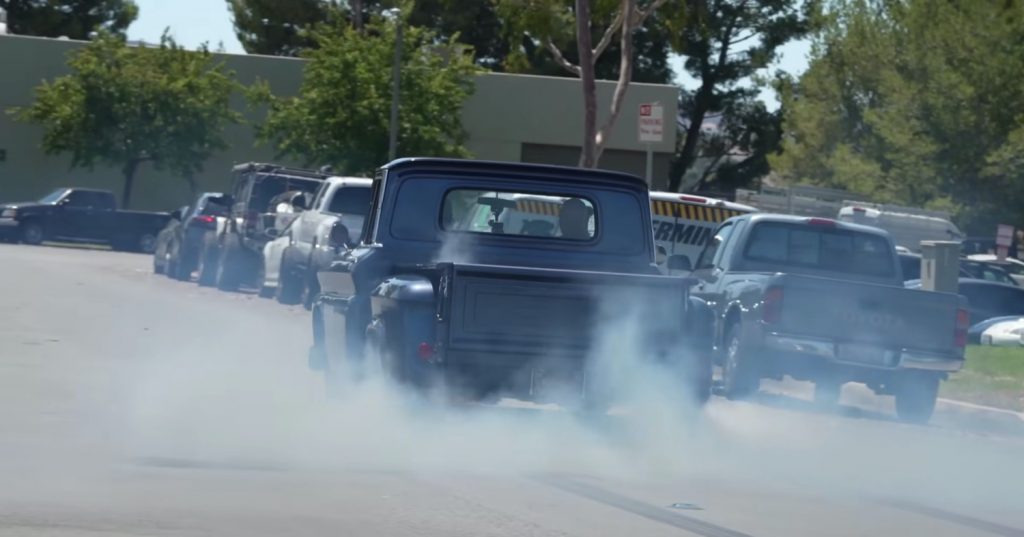 When Sharpe Automotive first launched into the build, this 1964 GMC 1000 Stepside was basically nothing more than a collection of parts. Fast forward to today, and now it’s sitting pretty in an attractive factory Toyota color dubbed Shoreline Blue, complete with a matte finish to set it off. In the corners, we see the truck running some 20-inch Detroit Steelies wheels with red GMC center caps. Notably, the wheels were painted the same color to the chassis, a nice touch for those that notice. 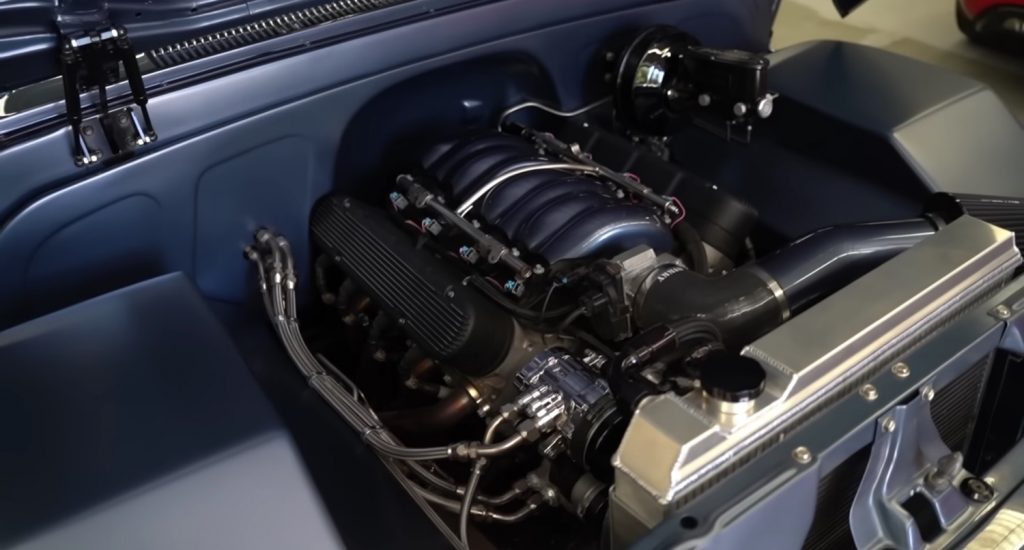 Providing the motivation is the naturally aspirated 6.2L V8 LS3 gasoline engine, which exhales through a custom exhaust system with custom stainless steel headers. Output is estimated to be around the 500-horsepower mark, all of which reaches the rear wheels through a 6L80 automatic transmission and narrowed 9-inch rear end with 4.10 gears.

A full air suspension setup gives this 1964 GMC 1000 Stepside its ultra-low ride height when parked, while Wilwood brakes with 12-inch rotors up front and 11-inch rotors in the rear slow it down when it’s on the move. 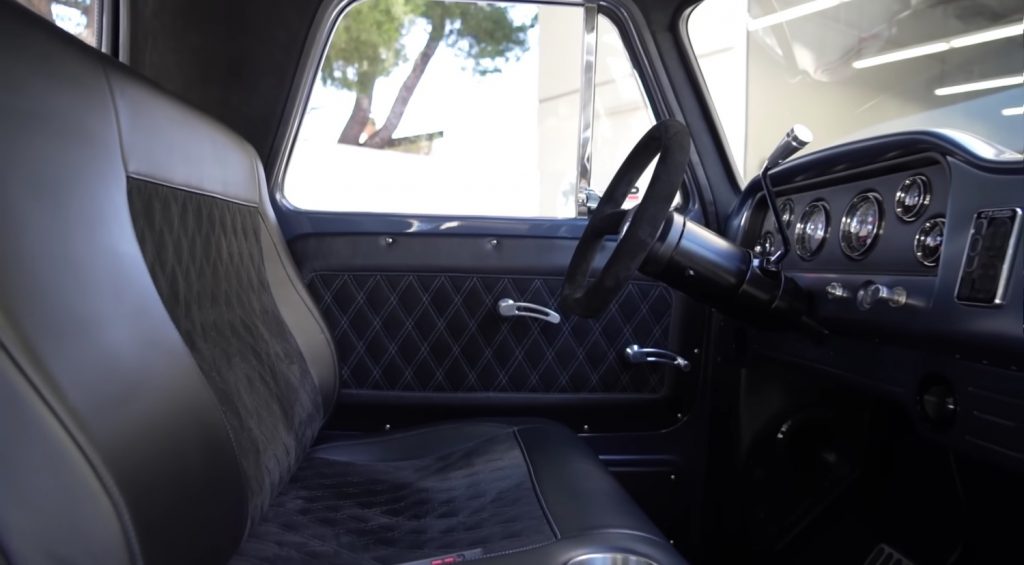 The cabin space was extensively upgraded as well, and now boasts a host of modern components and soft-touch materials. Highlights include Dakota Digital gauges, a Pioneer touchscreen, and a Sparco steering wheel.