Originally produced for the North American market between 1965 and 1996, the Chevy Caprice nameplate saw several generations come and go over the years, with popularity peaking in the ‘60s and early ‘70s. Now, this late example from the third generation is up for sale with just 6,000 miles on the clock. 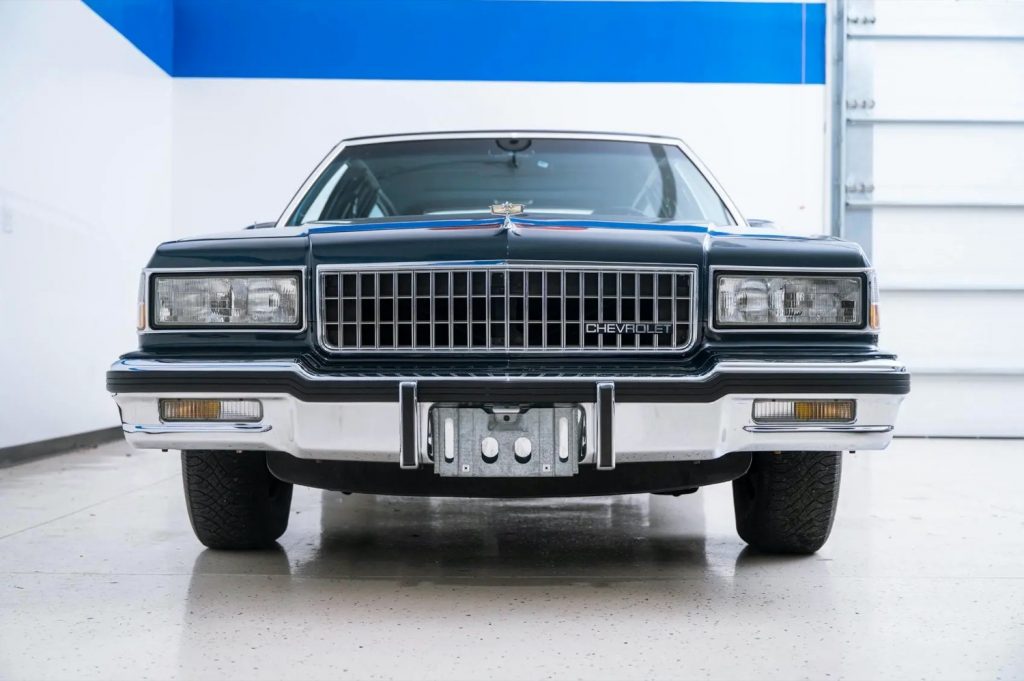 Hailing from the 1987 model year, this Chevy Caprice Estate is in remarkably good condition considering the age. Located in Raleigh, North Carolina, the current seller acquired this vehicle in 2022, although it has been titled in North Carolina since 2004.

The exterior is dripping with classic wagon vibes, matching blue paint up top with woodgrain paneling along the flanks. The two-tone color treatment is matched with 15-inch wheels rocking wire-style wheel covers and wrapped in 225/75 Goodyear tires, while lovely chrome is found for the bumpers, roof rack, rocker panel trim, and window surrounds. Further notable exterior features include a retractable rear window, an automatic antenna, and a hood ornament. 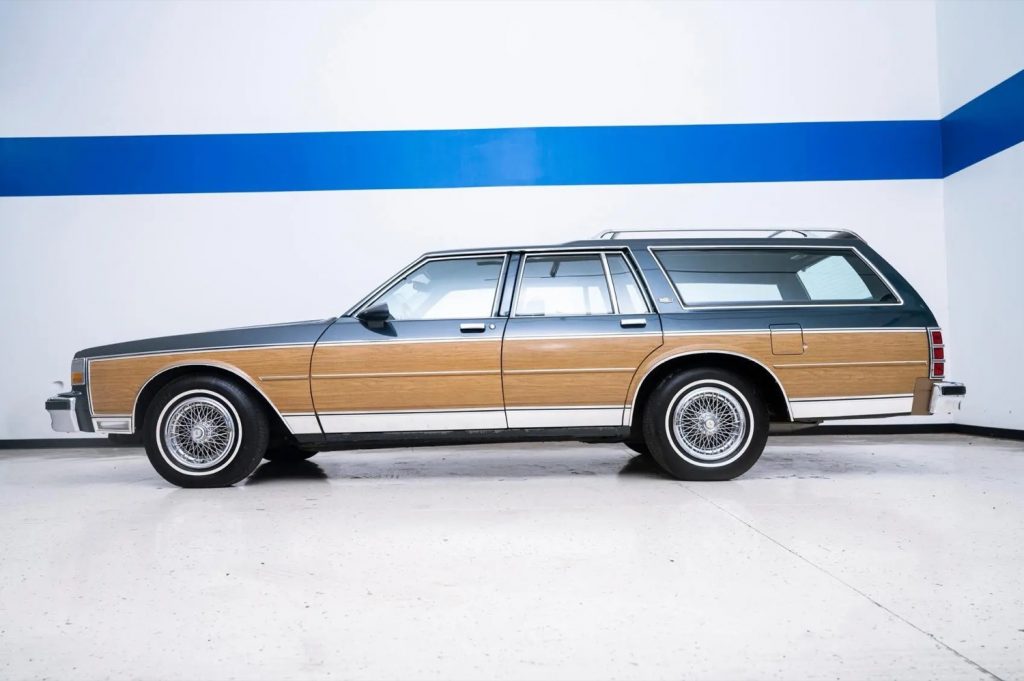 This Chevy Caprice keeps the theme going in the cabin with blue velour upholstery throughout. The blue treatment is simply everywhere, and definitely makes this wagon standout. Highlight interior features include a Delco AM/FM radio with cassette player, air conditioning, cruise control, and power windows and door locks. Don’t forget the rear-facing third-row bench seat, either. 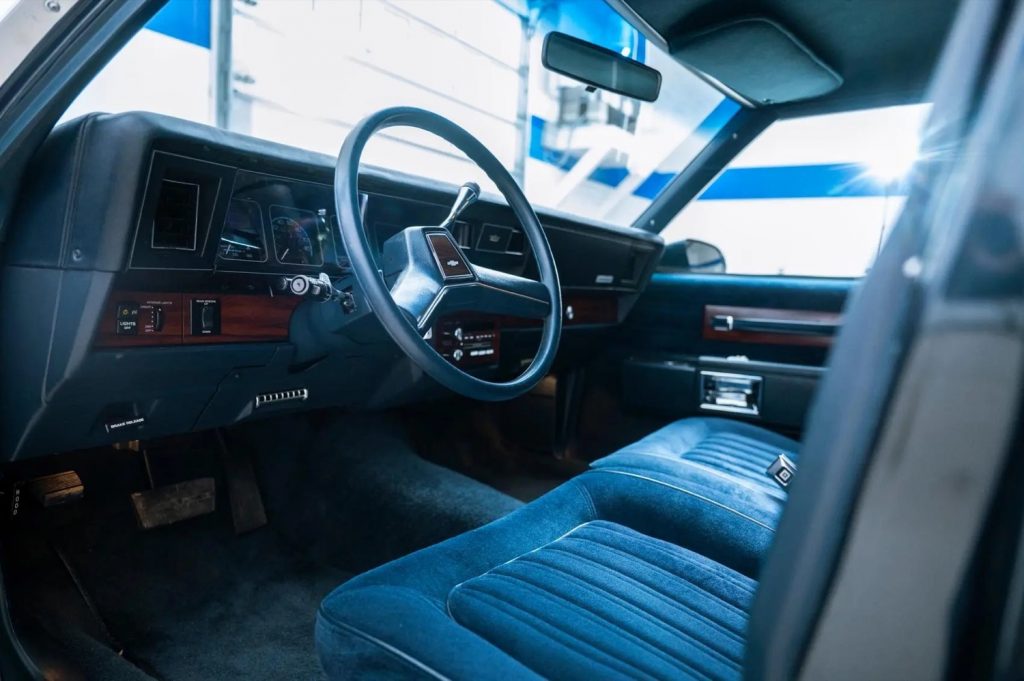 Making the go is a 307 cubic-inch V8 engine topped by a four-barrel carburetor, rated from the factory at 140 horsepower and 255 pound-feet of torque. Output is directed through a four-speed automatic transmission, while front disc brakes pair with rear drums to haul it all down. 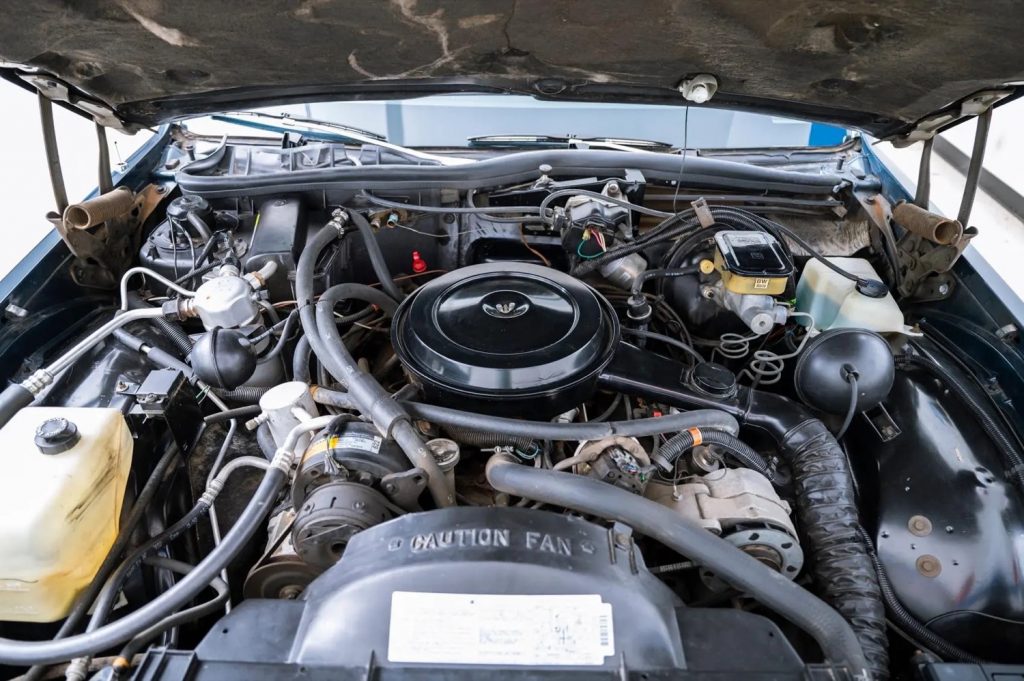 Now, this like-new 1987 Chevy Caprice is up for sale on Bring A Trailer. As of this writing, the current highest bid placed is set at $20,120. The auction is set to end Tuesday, August 2nd.